Experts believe the ancient footwear was pulled off when the owner’s foot got stuck in a squishy marsh. 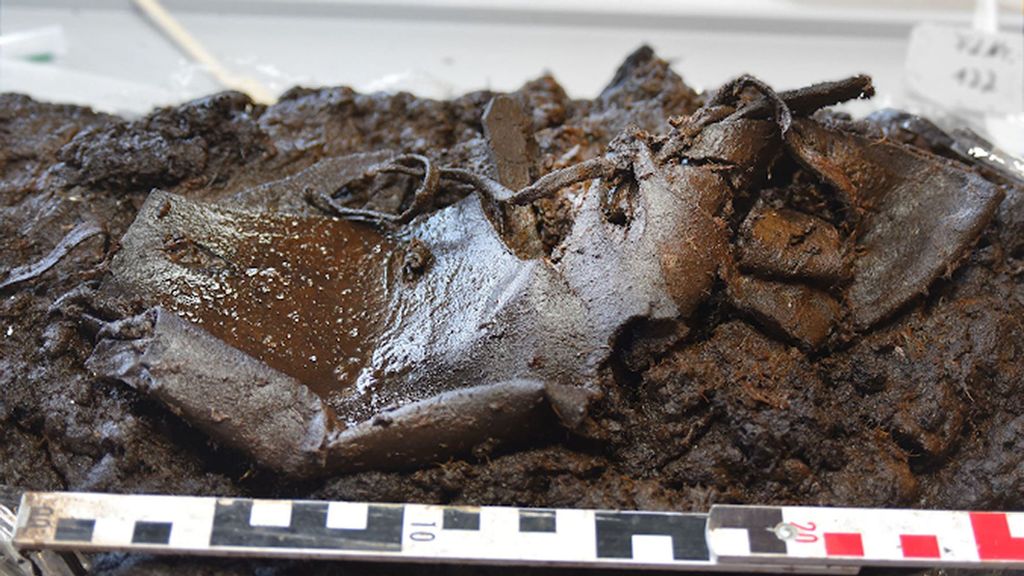 A shoe that was apparently pulled off when the owner stood in a German bog more than 2,000 years ago has been found during excavation work that uncovered an ancient wooden roadway.

Researchers from the State Office for Monument Preservation in Lower Austria, along with the excavation company denkmal3D of Vechta, Germany, found the shoe alongside a wooden road believed to be more than two millennia old.

The wooden planks were laid down to help people navigate the marshland. In addition to the shoe, a broken axle was found, leading archeologists to believe that while changing it for a new one, the owner lost a shoe in the boggy ground.

Researchers involved in the excavations believe that the acidic conditions of the bog where the shoe was found allow for the preservation of materials such as skin, hair, nails, wool and leather, which all contain the protein keratin.

The State Office for Monument Preservation reported that the shoe is a type of sandal, with a closed toe and a leather strap.

“Lower Saxony’s moorlands hold the testimonies of several thousands years of history,” said Lower Saxony Minister of Science and Culture Bjorn Thumle. “They are a unique archive, as they have not only preserved processed pieces and metal objects, but organic finds, too.”

The shoe, which is the oldest ever found in northern Germany and possibly in the country, was discovered on the edge of the ancient Bohlenweg Pr 6 wooden path in the district of Diepholz. The prehistoric road was made of wooden planks laid next to each other over 2.5 miles (4 kilometers) between Lohne and Diepholz. The road is believed to date to the late Bronze Age, and was discovered in the Lower Saxonian moorland in June 2019.

The use of wood for roadways through marshy land is well known, but in most cases, modern roads were built over them or they simply rotted away.

Still, a limited number of such roadways still exist. In May, workers rebuilding the city of Dortmund’s heating network uncovered another rare example — a 1,000-year-old wooden road 6 feet (1.8 meters) below the surface that followed the outline of the city’s old walls.

In this case, the road — which was used in the Middle Ages to allow wagons to cross swampy areas — survived because it had been buried under a layer of clay.