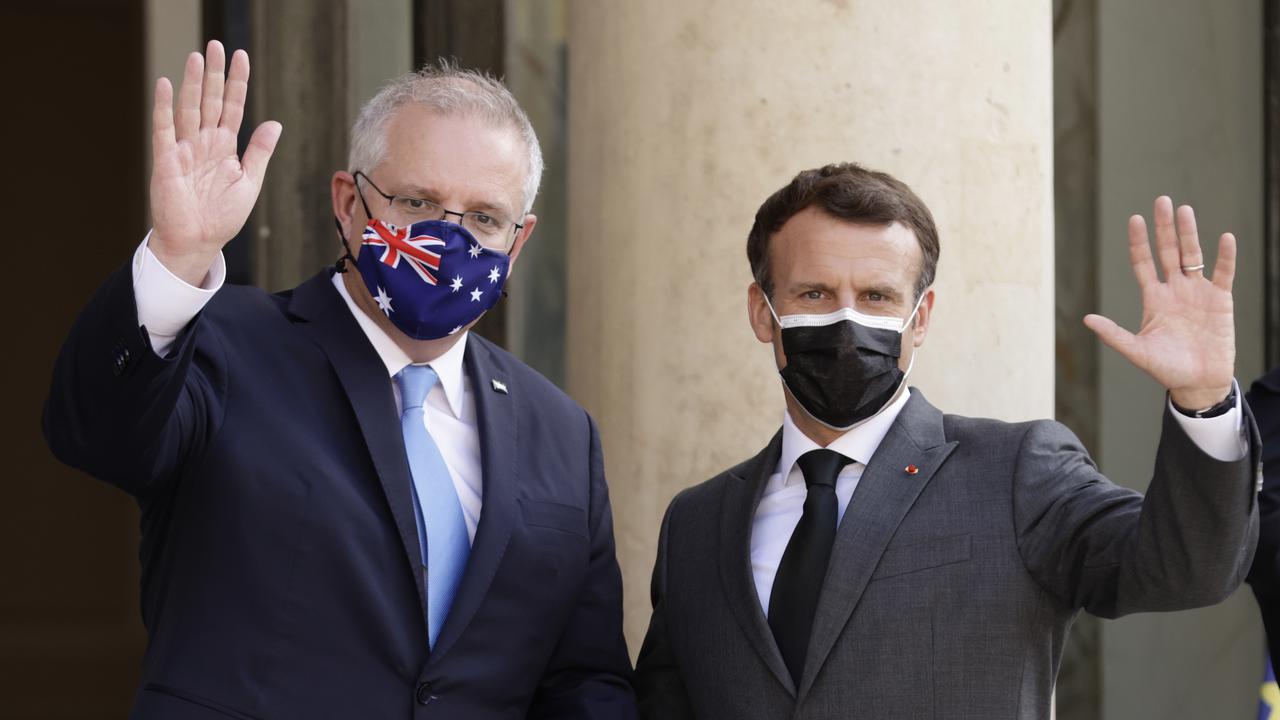 He described the rising superpower’s tactics as a flagrant breach of international law and declared France stood with Australia and offered the public backing after welcoming Prime Minister Scott Morrison to Paris on June 15.

“You are at the forefront of the tensions that exist in the region, of the threats, and sometimes of the intimidation, and I want to reiterate here how much we stand by your side,” he said. “I would like to reiterate how committed France remains to defend the balance in the Indo-Pacific region and how much we consider the partnership we have with Australia is essential in the Indo-Pacific strategy.”

“We firmly reject any coercive economic measures taken against Australia in flagrant violation of international law,” he said.

Morrison described Australia and France as good friends and partners.

“No one understands liberty more than the French,” he said. “Affinity is the word we used to describe our partnership – an affinity across so many areas of the relationship. Every element of our partnership is about reinforcing the values and beliefs we hold dear.”

“We stand shoulder to shoulder with our friends,” said Johnson. “But I probably speak for Scott as well when I say nobody wants to descend into a new Cold War with China – we do not see that as the way forward. This is a difficult relationship where it is vital to engage with China positively, as we can.”

Asked what behaviors concerned him the most, Johnson highlighted China’s human rights record in Hong Kong and Xinjiang and its behavior towards Australia and other regional neighbors.

China has launched trade strikes against more than AU$20 billion ($15 billion) worth of Australian exports in response to a range of political grievances.

The strong comments from the British and French leaders came after the G7 summit condemned Beijing for human rights violations and its “non-market policies and practices” that undermine the global economy.

As per the Australian Government, Department of Foreign Affairs and Trade, France and Australia share a positive and friendly relation. The bilateral relationship is backed by historical links. There was cooperation in both First World War and Second World War.

“Australia and France work together in many fields, such as security and environment, and have shared interests in our region,” it said in a statement. “We both support a rules-based international order.”

“Dialogue and practical cooperation between the two countries on key global issues have been strengthening on many fronts in recent years, including through our common membership of major fora such as the G20 and the Asia-Europe Meeting.”