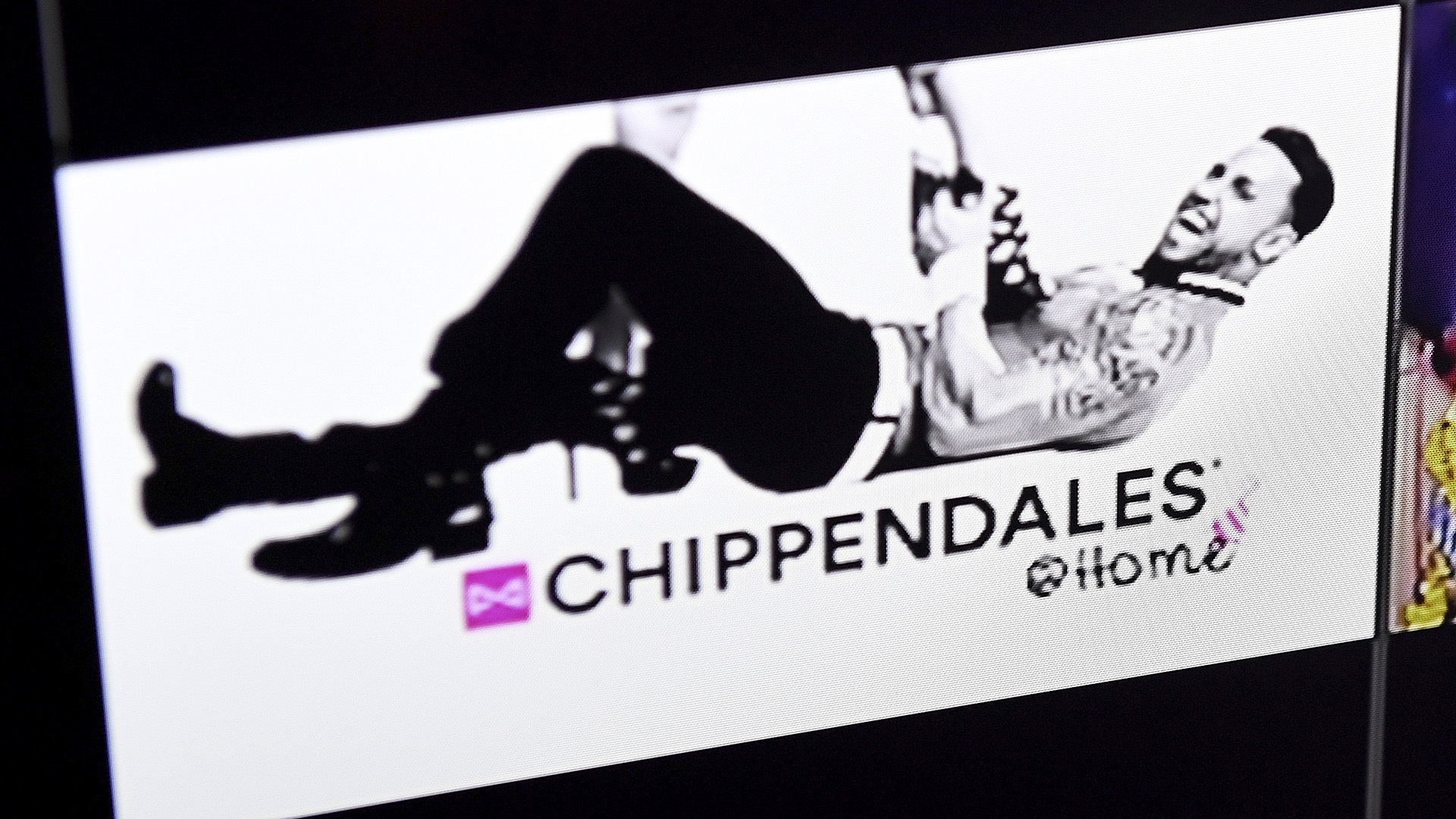 The Chippendales, who perform at the Rio All Suites Hotel and Casino (closed now), present a 30-minute interactive virtual experience, featuring at least two cast members, on a streaming platform for people under stay-at-home orders. (Ethan Miller/Getty Images)

NEW DELHI — For a man who took the Los Angeles nightclub scene by storm in the 1980s with a troupe of male striptease dancers performing for women, Indian immigrant Steve “Somen” Banerjee didn’t exactly have a happy ending.

Born in 1947, Banerjee, a Bengali from Bombay (now Mumbai), harbored the American Dream in his youth like many immigrants worldwide.

After years of trial and error, he hit the jackpot in 1979 with a club named Chippendales that featured an eponymous burlesque show of beefy men gyrating in their signature white cuffs, collars, and black spandex pants.

Chippendales, which offered “night outs” to remember for girls and women became a pop-cultural phenomenon that continues to have a fan base across six continents more than four decades since its inception.

However, it is the sordid chapter of its history in the 1990s when greed, corruption, and crime led to deaths, attempted murders, and Banerjee’s eventual arrest and suicide that has caught the fancy of storytellers.

Natalia Petrzela, a New York-based historian of contemporary American politics and culture, is not surprised by this rising interest.

“Chippendales is a naturally rich subject. There are so many lenses — feminism, immigration, pop culture, crime, masculinity — through which one can explore this phenomenon that there seems to be enough material to go around.”

Petrzela has co-produced and hosted an eight-episode Spotify podcast, “Welcome To Your Fantasy”, on the layers of the Chippendales story. She was initially drawn to the story to understand “how men profited from selling women’s empowerment”.

But the murderous rivalry, “a true-crime story at the heart of this fascinating story about gender and capitalism”, became the real draw to dig into the story via first-hand interviews with names who were directly involved with the club’s business.

According to reports, it was in the mid-1960s that Banerjee first moved to Canada and then to the United States. He worked as a janitor before borrowing money from a friend to buy two gas stations around 1973. The oil crisis meant profits, which he then invested in a club where he and his business partner Bruce Nahin attempted to draw crowds with mud wrestling and magic shows.

The real money only came after a man named Paul Snider suggested the idea of an all-male strip performance. They called the dance troupe Chippendales (after the 18th-century style of furniture) to attract a classy crowd. The club, Destiny II, was eventually renamed Chippendales.

This name continues to be synonymous with “male revue” — but Chippendales wasn’t just “pecs and mullets and G-strings stuffed with dollar bills,” as Petrzela notes.

A year after the club’s opening, Snider killed his estranged wife Dorothy Stratten and then shot himself.

Later, Banerjee joined forces with an Emmy-winning producer Nick De Noia to choreograph the troupe’s tour and live show routines. As the club expanded into different cities across the United States, competition from other male strip clubs made Banerjee paranoid.

Strained ties with De Noia over financial disputes led Banerjee to hire an assassin to shoot him dead. De Noia was shot in the face in New York. Banerjee also plotted against three other former associates who had joined competing troupes.

In 1993, Banerjee was arrested and charged on multiple accounts: conspiracy to murder, racketeering, and arson. He pleaded guilty in court. But battered by his shattered American Dream, he took his life in his cell just hours before receiving a prison sentence of 26 years.

In May 2021, streaming platforms Discovery+ and Hulu announced one show each on Chippendales.

Discovery+ green-lit “Curse of the Chippendales”, a four-part docu-series which aims to reveal the “madness and murder behind the muscles” through access to Chippendales alumni like dancer Michael Rapp, the club’s lawyer Bruce Nahin, and critical investigators. An extensive video and photo archive will enrich the series.

“There are many scandalous stories hidden beneath the surface that will leave even the most seasoned true crime viewer shocked,” said Lisa Holme, group senior vice-president, content and commercial strategy for Discovery Inc.

Nanjiani, a Pakistani-American actor of “The Big Sick” fame, will play Banerjee in the series, which according to the platform, “will detail the insane, darkly comedic, crime-ridden story behind the unique male revue that became a cultural phenomenon.”

Petrzela is excited to see what more information these shows turn up on Banerjee, especially about his pre-Chippendales life.

“If they’re doing on-the-ground research in India, there’s a lot to learn!”

Last October, American media reports said that “I, Tonya” and “Cruella” director Craig Gillespie will direct actor Dev Patel in the role of Banerjee in a project on Chippendales.

Five years ago, there was chatter that Bollywood superstar Salman Khan’s production banner had plans to develop a film and a mini-series on the subject. When Zenger News contacted Salman Khan Films regarding the status of the projects, they remained unavailable for comment.

The interest in the Chippendales story is not new.

In 2000, Naveen Andrews starred in a TV movie titled “The Chippendales Murder.” Two years later came “Just Can’t Get Enough,” highlighting Banerjee’s greed for more. And in 2019 came the documentary “Chippendales: Off the Cuff”.

The true-crime genre, overall, has seen a surge in the global entertainment world.

“The key is in the authenticity of the telling and the brutal honesty of the characters; that makes the difference between success and failure,” said Nair, whose “Scam 1992” inspired by Indian stockbroker Harshad Mehta, was a breakout show last year.

What is worth noting is how the genre has been elevated in the recent past, pointed out Ayesha Sood, credited as the creator of India’s first true-crime podcast “Trial By Error”.

“It has moved from the 30 minutes weekly episodes to immersive long-form series. The craft has also elevated to match the cinematic aesthetics the audience has come to expect,” said Sood, who is also among the directors of “Indian Predators,” one of Netflix India’s two upcoming true-crime projects.

While “Indian Predator” attempts to decode the minds of some of India’s deadliest killers, “House of Secrets: The Burari Deaths” surrounds the deaths of 11 members of a multigenerational Delhi household.

“Creators have brought us many poignant and important stories to tell in India. These were compelling stories that were about India but relevant to the world, and so we had to make them,” said Bami.

Access to reliable storytellers, strong archival material, and video footage are prerequisites for good true-crime stories. But a gripping or immersive tale, according to Sood, will always be “multi-dimensional.”

“It will rarely only be about the audacity of the crime or the uniqueness of the criminal. Crime can and often does reveal insights into human psychology, family dynamics, and social structures and helps us with a nuanced understanding of the world we inhabit.”