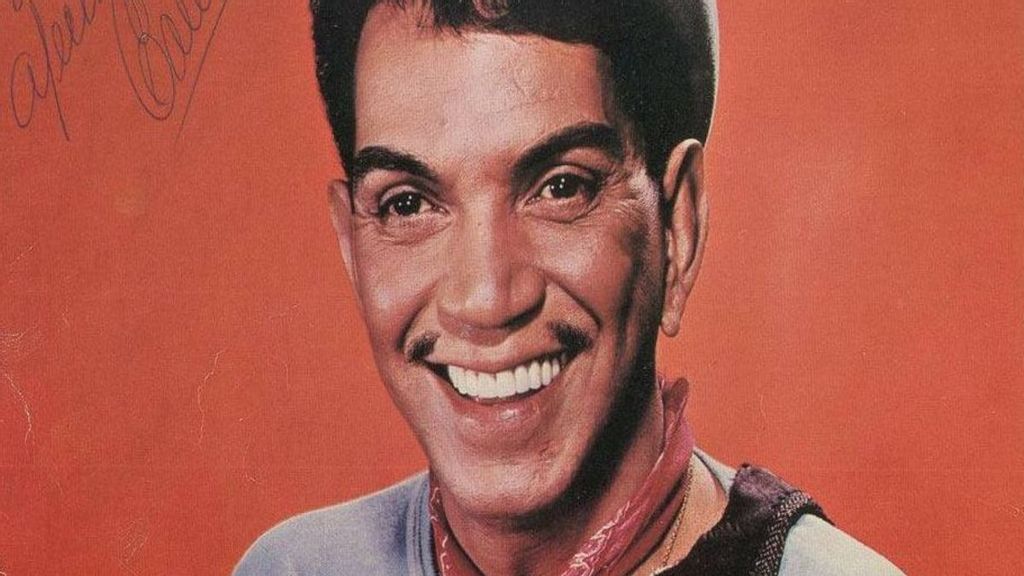 Cantinflas’ way of speaking was so famous it became part of the Royal Spanish Academy. (Real Academia Española, RAE/Cineteca, Government of Mexico)

Language is the basis of complex thoughts.

His forte was word play, and he had a singular mastery of language. He played with phrases made of the pure incoherence, while presenting them as a philosophical statement.

The actor was so beloved that a verb in the Mexican argot is based on him: “cantinflear.” The action refers to speaking a lot without saying anything.

In 1992, the Royal Spanish Academy (Real Academia Española, RAE), the highest authority on the Spanish language, added the word to its dictionary, defining it as “the act of speaking in a nonsensical and incongruous way while, at the same time, without saying anything.”

Cantinflas’ artistic life began in traveling circus tents. After performing for a long time, he began participating in theater plays and then jumped into cinema.

It is rumored his nickname was a pseudonym used to prevent his parents from knowing about his entertainment activities. It’s said when he began acting, he suffered from stage fright, frequently forgot his lines and had to improvise. His fellow actors used to yell “¡Cuanto inflas! (You sure like to talk!)” The actor never acknowledged the rumor, despite its popularity.

Cantinflas worked in more than 50 films and visited almost the entire Mexican Republic and the United States, which gave him worldwide fame.

During the 1930s and 1940s, Mexico went through socio-economic and socio-political instability, which affected the poorest sectors of the population. This motivated Cantinflas to become a source of inspiration for Mexican citizens.

He no longer focused solely on comedy but began to criticize society and humanity in general. He interpreted characters from the lowest strata who opposed people with ‘aristocratic privileges’ and gave moral lessons to the wealthiest.

He always spoke his mind and did not mince words, despite layering them with sarcasm. He participated in Hollywood blockbusters such as ‘Around the World in Eighty Days,’ in 1957; ‘El Padrecito,’ in 1965; ‘Pepe,’ in 1960; and ‘Don Quixote Rides Again,’ in 1972.

Sadly, his unique talking style — cantinflear — was not easily translated into English. Thus, despite gaining a star on the Hollywood Walk of Fame, he had limited involvement with American cinema.

After he died, there was a legal battle between the actor’s son and nephew for control of 34 of his films. Ultimately, after a struggle of 20 years, Columbia Pictures got the rights to the movies.

Cantinflas’ movies made their way throughout Latin America. Many identified with his legendary sagacity and humor. There have been many tributes in his honor, such as in 2014, when Sebastían del Almo directed the biographical film ‘Cantinflas,’ which earned an Oscar nomination.

«Previous Post
Marshmallows Have Undergone Many Changes Throughout History»Next Post
VIDEO: Controversial Cliffhanger Installation That Ruins Alpine View To Be Removed In September