Building A Future Can Begin With A Dollar And A Dream 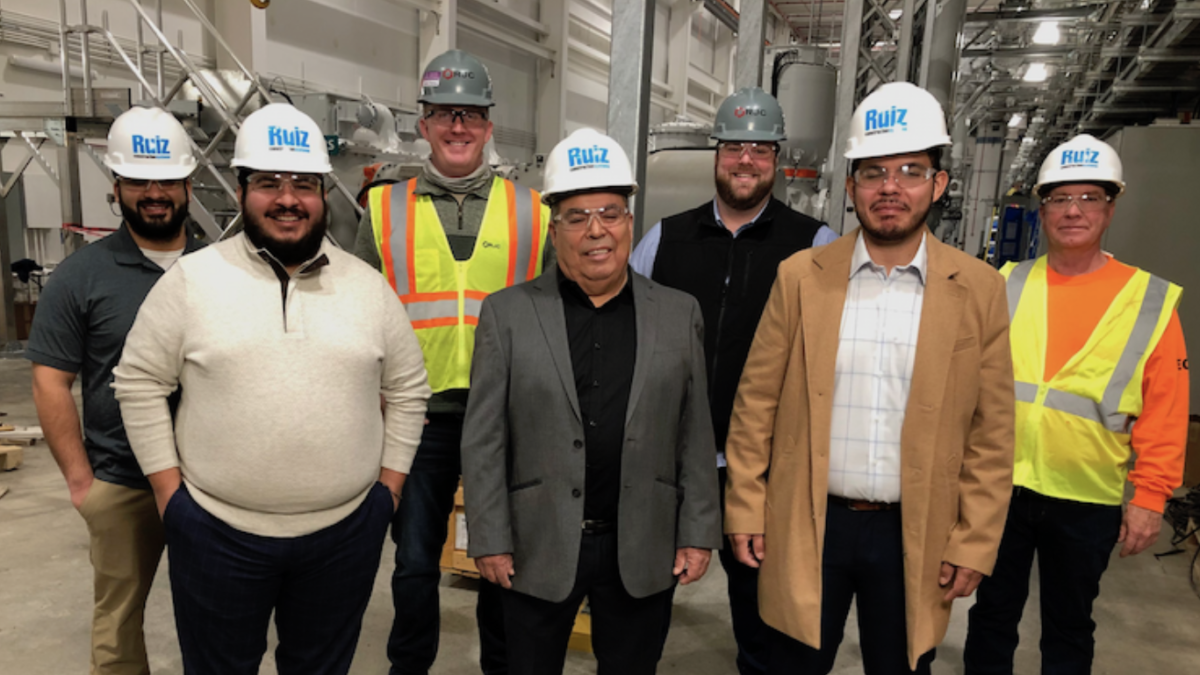 Gonzalo “Smiley” Ruiz left Mexico for the United States in 1977. He was 16 and had a dollar in his pocket. He currently runs Ruiz Construction Systems Inc. Based in Rockford, Illinois, Ruiz’s company is a major contractor for ComEd, the largest electric utility in the state.

Ruiz employs 30 to 40 people on projects for the utility company and other clients around Rockford and northeastern Illinois.

He immigrated to Chicago believing his brother was there. But he discovered on arrival that he had moved away, leaving him without a place to stay. Later, he met a fellow Mexican from a town near his hometown.

“I told him I was looking for a place to stay,” Ruiz said. The man answered: “I’m living with my brother. If you want to sleep on the floor, you can buy a cushion or something,” according to Ruiz.

Ruiz lived there for four months until he was able to find his brother. He still visits his empathetic first U.S. host when he visits Mexico.

When he first came to Chicago, Ruiz worked in a restaurant, but wanted to improve his situation. He met potential business partners, and in 1989, they bought a bar and restaurant in Rockford. A couple of years later, Ruiz left this venture for another opportunity.

He had developed construction skills, and always loved building things. A conversation with a regular diner at the Rockford restaurant changed his life.

“He told me he was working in construction and was a member of the union. So, I asked him what the chances were that I could join the union. He told me, ‘Come on Monday, and I’ll help you out.’ That’s how I got into construction,” Ruiz said.

The change was a better fit for Ruiz, who likes the variety of jobs involved in construction and the changes of venue. The key to success, from his perspective, is having the right superintendent and project manager.

“We have some meetings before the project starts. We ask the project manager and superintendent how we can tackle the job to make it a success for the clients and us,” he said.

ComEd has been key to his business’s success, Ruiz said. During the pandemic, it helped his company implement procedures to keep workers safe from the coronavirus.

Ruiz Construction Systems is among ComEd’s top Tier 1 Hispanic vendors, but accounts for only a portion of the company’s diversity-certified vendor spending. ComEd’s spending on contractors of diverse races and ethnicities in 2020 was $894 million, 42 percent of the utility’s total vendor spending.

“Big companies can be in downtown Chicago. I like to stay in the suburbs,” he said.

Two of Ruiz’s sons work with him: Brayant, a vice president, and Jonathan, a foreman. His eldest son, Alexander, is a senior officer in the Navy’s drone program.

Ruiz has talked to Alexander about joining the business when he finishes his military career in a few years. But Ruiz is not yet ready to retire and hand the company over to his children.

“I told them they still have a lot to learn,” he said. “I believe that each day is a lesson. Every job [we do] is a lesson.”