Bellyfish: How Scientists Plan To Turn Jellyfish Into A Dieter’s Lo-Cal Superfood

Sea stingers could be bred to turn into high protein powders or jellyfish chips, according to scientists.
By Georgina Jadikovskaall June 16, 2021
Facebook
Twitter
Linkedin
Email 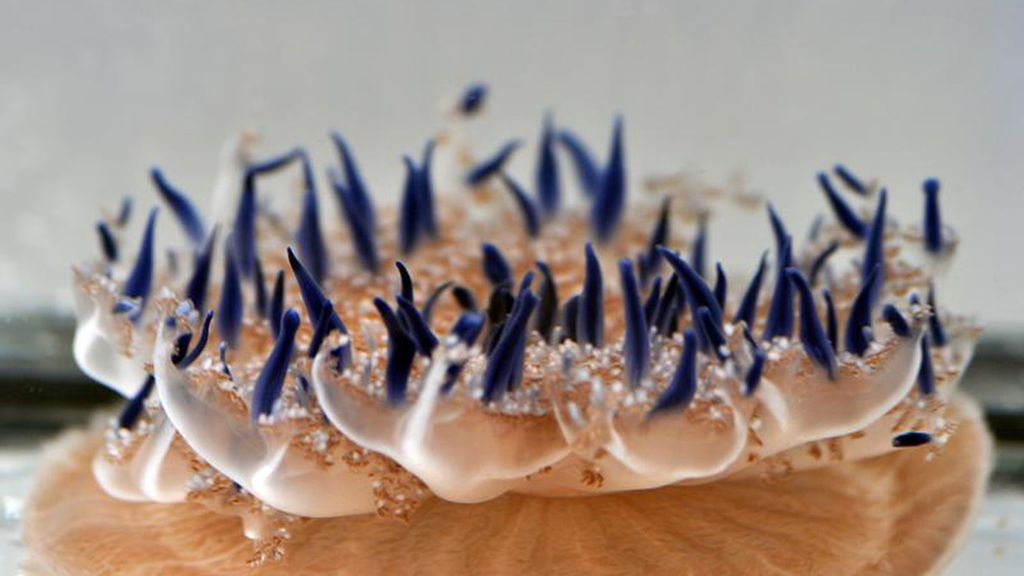 German scientists have predicted that people will soon be eating jellyfish chips, since the marine animal has proven rich in protein and minerals.

Researchers from the Leibniz Center for Tropical Marine Research in Bremen, Germany, have been investigating these hardly-used food resources from the sea and their potential to become part of the human diet.

Scientists say that fertile land, fresh water and mineral fertilizers are becoming increasingly scarce as the world population is expected to reach 10 billion in the next 30 years.

While jellyfish are known for their sting and tendency to ruin vacations, they have unique nutritional attributes that don’t require much to maintain.

In terms of marine protein sources, humans often turn to large predatory fish like salmon or tuna. However, these fish require many times their own weight in smaller fish to grow.

Jellyfish are high in protein like salmon and tuna but do not have nearly as much fat. They also have far less demanding diets compared to predatory fish.

“Jellyfish consist of around 97 percent water, but their dry matter has an interesting nutritional profile that is similar to other seafood. They are low in fat and consist mainly of proteins, some of which have a high proportion of essential amino acids. They also contain many minerals and polyunsaturated fatty acids,” marine biologist Holger Kuhnhold said.

Kunhold theorized that jellyfish could become an “attractive low-calorie superfood” in the form of chips or protein powder.

He holds high hopes for the mangrove jellyfish (Cassiopeia Andromeda) which could be cultivated in urban environments by using modern LED technology.

The Leibniz Center is also investigating other protein sources such as sea cucumbers. There are potentially 1,700 species to be used as food resources in the future.

Consuming sea cucumbers is considered a delicacy in the autonomous region of Catalonia, Spain. The seafood contains a substance called chondroitin sulfate, which is said to be effective against osteoarthritis.

Sea cucumbers are also valuable to marine life because their digestive system sifts through the sandy seabed to soak up nutrients while simultaneously getting rid of pollution. They then excrete fertilizing feces, which is beneficial to the ecosystem.

The team is also investigating green algae which are colloquially known as “sea grape” or “green caviar.” They are small, salty, round balls that burst in the mouth. They are known for their protein, mineral, antioxidant, and polyunsaturated fatty acid content.

It is often served fresh in salads or with sushi. It can be found primarily in Southeast Asia.

According to the scientists, despite their valuable nutritional composition, algae could also be used as waste recyclers for integrated aquaculture because of their ability to feed with dissolved nutrients.

Scientists in Vietnam are currently cooperating with algae farmers to test the use of this alga in integrated aquaculture.