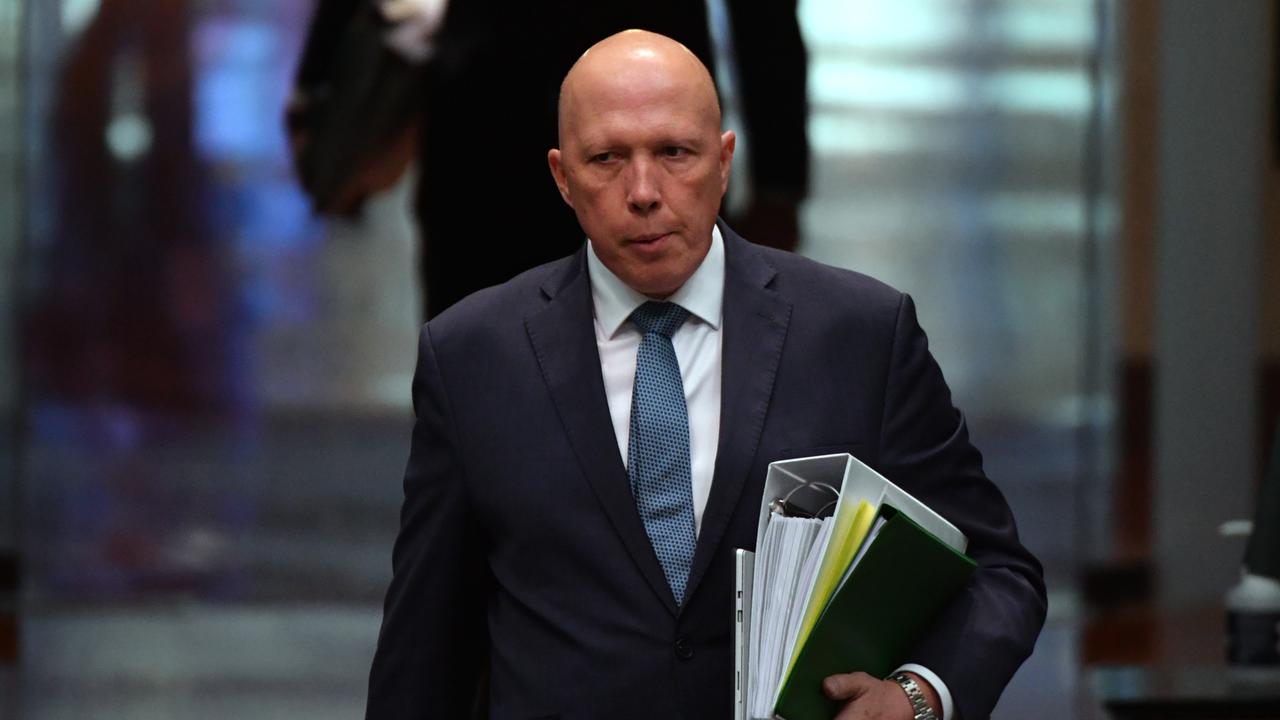 Peter Dutton's litigation over a tweet is a good candidate for pre-trial settlement, a judge says. (Mick Tsikas/AAP Image)

CANBERRA, Australia — Australia’s Defense Minister Peter Dutton’s litigation over a six-word tweet is not “among the biggest defamation cases” before the Federal Court and is a good candidate for a pre-trial settlement, a judge says.

The Queensland Member of Parliament is suing refugee activist Shane Bazzi over the now-deleted tweet dubbing him a “rape apologist” and linking to a news article.

Dutton says the tweet defamed him and suggested he condones and excuses rape – charges Bazzi denies.

If Bazzi is wrong, the activist says the statement was permitted on the grounds of honest opinion and fair comment.

Before setting the matter down for a three-day trial in October, Justice Richard White, on June 16, repeatedly cast the matter as ripe for a settlement.

The issues were confined, the matter involved one document, and only two defenses were being pleaded, he said.

“To speak in the negative, this would not be among the biggest defamation cases that come before this court,” he told the men’s lawyers. “This is a relatively narrow scope, and I would have thought the parties, acting sensibly, should be able to achieve a compromise in many such circumstances.”

He qualified his statement by acknowledging that, as a judge, he does not “know all the things going on in the background.”

Dutton’s barrister Nick Ferrett said the former home affairs minister would give evidence at trial “about the distress caused by the publication.”

In documents before the court, the Member of Parliament claims he suffered hurt and embarrassment and was brought into “hatred, ridicule, and contempt.”

One or two unnamed witnesses were also expected to give evidence about Dutton’s reputation, the court heard.

The only potential witness in Bazzi’s case was the activist himself, and that was still to be determined, barrister Louise Goodchild said.

Both lawyers doubted any mediation before the trial would be successful but said their clients would happily participate if the court saw fit.

“My client will approach the mediation bona fide,” said Ferrett.

The case was also listed for a management hearing on September 21 ahead of the trial on October 6, 7, and 8.

Dutton in March promised to get litigious with Twitter users putting out defamatory statements that “lazy journalists” picked up as representative of a larger community view.

Bazzi’s rape apologist claim was similar to an earlier statement by Greens Senator Larissa Waters, who has since retracted her allegations and apologized.

Along with the “rape apologist” claim, Bazzi’s tweet included a link to a 2019 Guardian Australia article reporting comments by Dutton that women refugees were “trying it on” by making claims they had been raped.

Dutton said that female refugees held on Nauru were claiming they needed to come to Australia for an abortion following rape but changing their minds when they arrived.

“You could question whether people needed medical attention,” he said.

Bazzi will argue that the opinion in his tweet was based on that interview, as well as other public comments Dutton has made about refugees sent to Nauru.