Russell Crowe has announced he is backing the creation of an AU$ 400 million film in the south-eastern Australian state.
By Tiffanie Turnbull June 16, 2021
Facebook
Twitter
Linkedin
Email 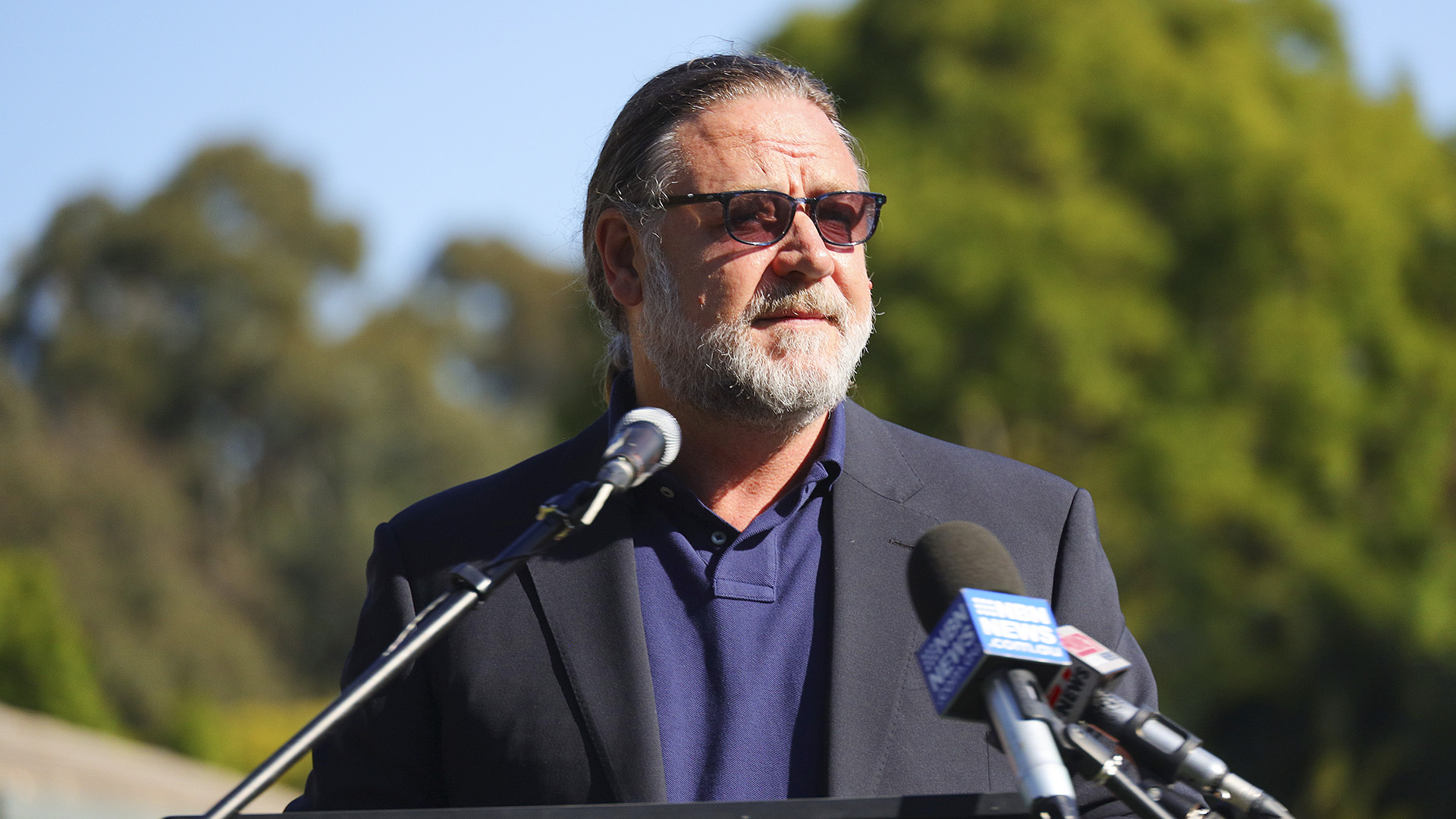 Russel Crowe speaks to the media during an announcement in Coffs Harbour, NSW, Wednesday, June 16, 2021. The $400 million studio, including post-production facilities, will be created at the Pacific Bays Resort, providing a major economic boost to the coastal town. (Frank Redward/AAP Image)

COFFS HARBOUR, Australia — Actor Russell Crowe is the latest to cash in on the country’s film boom, announcing he will build a major film studio in the south-eastern Australian state of New South Wales’s Coffs Harbour on the mid-north coast the Oscar winner lives.

The AU $400 million ($308 million) studio, including post-production facilities, will be created at the Pacific Bays Resort and billed as a family-friendly production hub to provide a significant economic boost to the coastal town.

The seaside precinct will include a boutique hotel, a state-of-the-art film school, and an indigenous art gallery, and it is just 25 minutes away from Crowe’s farm at Nana Glen, where he has played host to many of his Hollywood colleagues.

Coffs’ internationally capable airport is only eight minutes drive from the proposed studio and village, and the nearby M1 provides access to major cities.

Hollywood producer Keith Rodger says the proposed Pacific Bay Resort Studios and Village is an excellent win for the region and the industry.

“By providing everything cast and crews need within the studio complex, we can eliminate the time usually lost due to the logistics of bringing a production together in a major city or isolated regional studio,” he said in a statement on June 16.

“Combine that with LED virtual studios, sound-proofed stages, water tanks, a full resort, an adjoining city offering the freshest and best cuisine, our coastal lifestyle – all designed to make production more efficient, cost-effective, and enjoyable for actors, crews, and their families.”

The team behind the project says it will create many jobs and high-skill careers for people in regional New South Wales.

Planning applications for the project have been finalized and will be lodged with the New South Wales government as a significant state development.

Deputy Premier John Barilaro celebrated the announcement and said the government would seek to designate the region as a dedicated jobs’ precinct.

That would enable fast-tracked infrastructure approvals and planning support.

“This project has the potential to elevate Coffs Harbour to the world stage with international demand for filming space currently at an all-time high,” Barilaro said.

“The proposal … would provide an exciting new industry for the region,” he said.