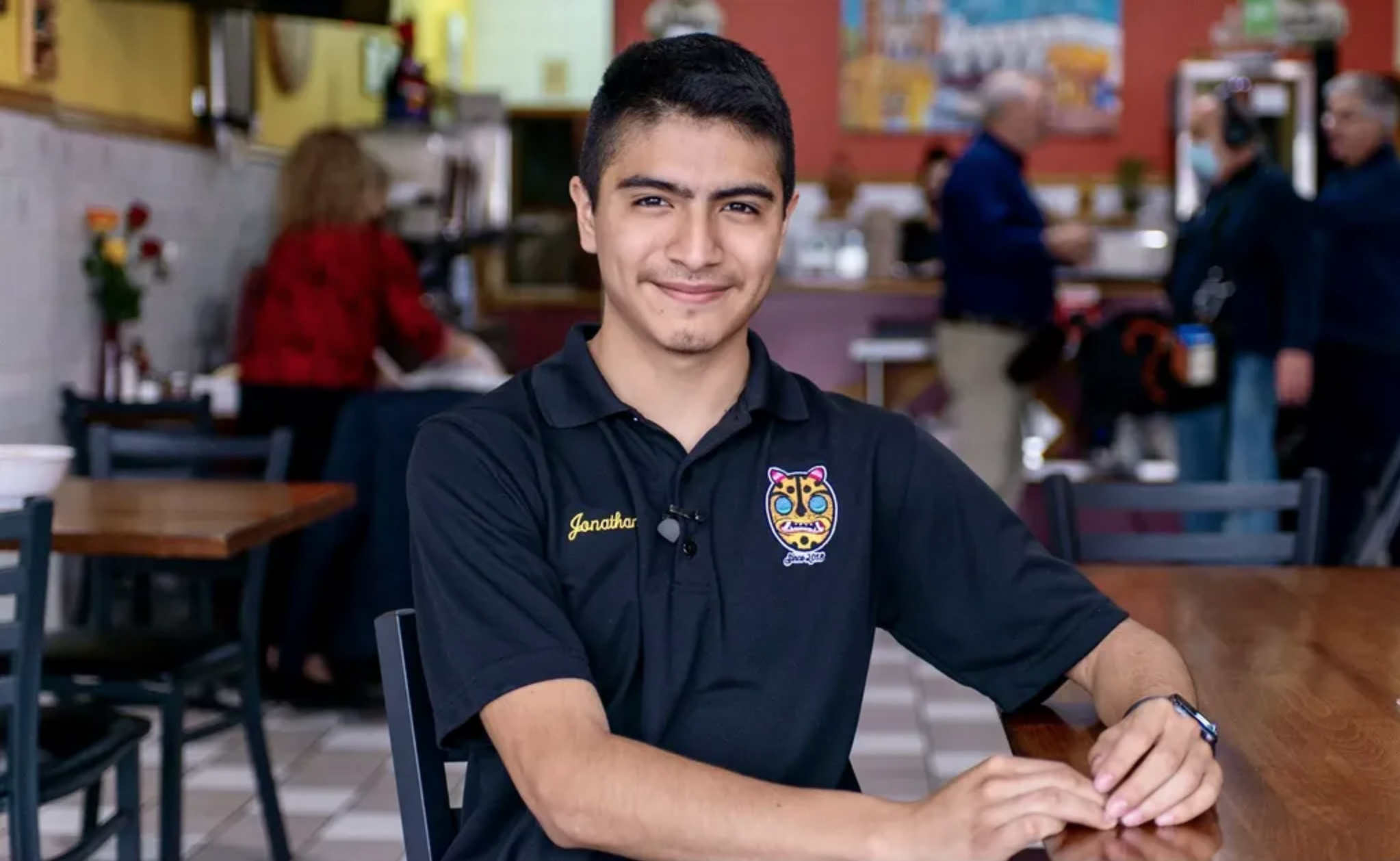 Jonathan Macedo took over the reins of his restaurant at age 18, and in the midst of a pandemic.(Negocios Now)

At age 18, Jonathan Macedo is making dreams — his and his mother’s — come true. During the COVID-19 pandemic, the young man took the reins of Peke’s Pozole, a Mexican restaurant in Chicago. Despite his youth and the challenges posed by the public-health emergency, his venture succeeded.

Macedo entered the business world as a child when he helped his mother prepare the pozole they sold and served in their home-based restaurant. He remembers how customers lined up outside the house to sit at the three tables in the living room.

Petra Macedo, Jonathan’s mother and an immigrant from Guerrero, Mexico, taught him her pozole recipe when he was a teenager.

“When I was 12, I didn’t like the restaurant because it was a lot of work for me, but as the business grew, and I grew, I became more excited. My mother’s dreams became my dreams,” he said.

Since November 2020, when his mother turned over the business, the young man completed his high-school studies, while supervising 13 employees.

“My mother handed me the restaurant when I turned 18. When I was 15, I ran everything, and she focused on the food. Now, I am also focused on the food, and my mother can rest,” said the teenager, who plans to study business administration at DePaul University in Chicago.

Jonathan’s early success has made him a Chicago celebrity. Many people want to know his story, and he has given several interviews in recent months.

People are amazed the young man took over the restaurant amid one of the country’s worst economic crises and stayed afloat. He relied on tenacity, hard work and a U.S. Small Business Administration’s (SBA) Paycheck Protection Program loan.

“There was a time when we only sold takeout. The pandemic affected us a lot, and we had to lay off most of our employees. The good thing is that we are already moving forward. Now, we have the same number of employees that we had before, 13,” he said.

Also, the state is reopening, and the entrepreneur is optimistic about his plans to grow the business. “The plan is to move to a bigger place in June, and by the end of the year, I hope to move to a second location,” Macedo said.

“I dream of having many restaurants and making good food for the Mexican community. I dream also of other cultures trying Mexican food,” he said.

Macedo has a message for other young people interested in entrepreneurship: “Work hard. If you do that, you will meet your goals. Nothing is going to be easy. I used to work 13 hours, seven days a week. When I began, I couldn’t go out with friends or my girlfriend. Now, we are fortunate enough to have employees. We are moving forward and the dream is coming true,” he said.