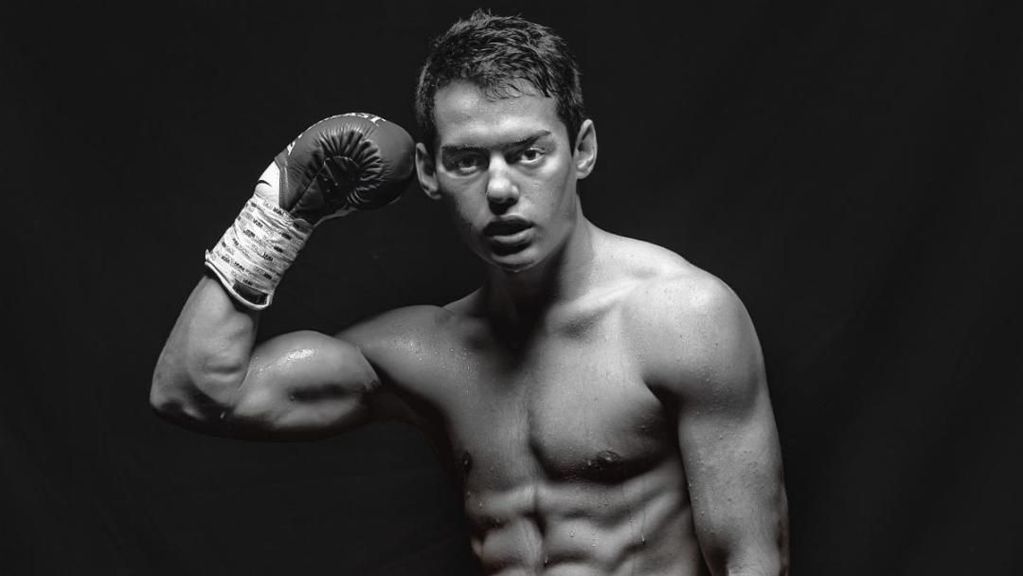 Ty “Short Fuse” Tomlin (11-0), who has been in the ring three times this year, expects his next bout to be announced for August. (Bob Welch/Team Tomlin)

Looks can often be deceiving. Example A: Tennessee boxer Ty “Short Fuse” Tomlin, whose baby-face looks might fool those who haven’t had the pleasure of watching him in the ring, where he truly lives up to his nickname.

Seven of his 11 opponents didn’t see the final bell. His ferocious pressure has earned him a fan base that travels many miles to be entertained by the 21-year-old lightweight. Although Tomlin looks to show off some of his defensive prowess in his next outing, he fully understands that his in-your-face style will eventually separate him from other prospects. He’s already fought three times this year and that busy schedule forces him to be a gym rat. He wouldn’t have it any other way.

With the state of Tennessee having his back, Zenger News got some verbal rounds in with the hot prospect to discuss his fast career start, intense training regimen, how a family tragedy led him to give back to his community, and more.

Tomlin: Things are great. I’m supposed to be fighting some time in August. I’m trying to pin down a date. It’s whatever Lou [Dibella] and DiBella Entertainment wants us to do. Hopefully, I will have more details about that soon.

Zenger: You’ve already had a busy year, fighting three times already. Is that key for you, to remain active in the gym and ring?

Tomlin: Oh yeah. I stay in the gym all the time. I’m ready whenever. It makes me better in the long run because I have been working hard at it for a long time. I think it’s the key to me remaining sharp. Obviously, as my career continues to grow, I’m going to slow down a little bit. But I’m definitely probably going to get at least one more in after this fight in August this year, so super excited about that.

Zenger: What have you learned the most about yourself through these first 11 fights?

Tomlin: To trust my power. Every now and then you try to get in there, you know you got power, so you try to really get guys out of there. I need to sit back, trust my power and really work on my boxing. In each fight if you go back and watch, first fight, I got the guy out quick. And then my next couple of fights, I actually ended up going to a unanimous decision in one of them. I think that’s when I really started to learn that you’re not going to knock every guy out. So you have to become a top boxer to fight with the top-level guys. That’s what we’re working on right now.

Zenger: Does that get better in the gym or during the actual fights?

Tomlin: It’s something that we became aware of pretty early, so we begin to work on it in the gym through lots of sparring. I just did 10 rounds today, and I did 10 rounds a few days earlier. I’ve been getting a lot of sparring, even though I’m not technically in camp yet.

I go out there and show my whole arsenal every time, but I would love to show my defense in my next fight. A lot of people knock me because my offense is so overpowering that sometimes I leave my defense behind. It’s there, but I don’t use it as much. In my next fight, I really want to show some of these guys that I do have it in my arsenal ready to go.

Zenger: You have a huge support system in Tennessee, and they travel well. I’m sure it’s refreshing to look out in the audience and see your friends and family show up everywhere you fight.

Tomlin: Oh yeah, the crowds definitely comes and supports. I don’t know if you’ve watched the videos, but they get loud. Everybody comes out. That’s something that we’ve had almost since our first fight. It’s been absolutely incredible. On stages such as Bridgestone Arena, I’ve had 60-70 people fly out to Tampa, Florida, and Biloxi, Mississippi. We don’t only show out here, but in different states. It’s very cool to see.

Zenger: How can a kid with a baby face be named “Short Fuse?”

Tomlin: (Laughing). Hey, I do have the baby face, but “Short Fuse” definitely comes out. If you watch my fights, you could see that much. In my amateur career, I would be in fights or sparring, I’d get hit with a good punch and everybody would say my entire look just changed on my face. I would be mad and come forward, my punch count would pick up, so everybody said I had a short fuse. That kind of stuck.

It’s really become a brand for me now. Obviously, in 8-ounce gloves you have to be a little more careful with that. I like to think of it as a controlled rage. You gotta be smart about it; but it definitely helps in the ring.

Zenger: You’re only 21 years old, so I’m sure you’re still finding your way in terms of weight. What weight class do you feel like you will eventually make your mark at?

Tomlin: I’m thinking 135 because there are so many guys at lightweight right now. There are so many big fights to be had, and I think I can be in some of those big fights. I feel comfortable there, I feel strong at that weight, it’s pretty easy to make. Being 5-foot-8 at 135, I feel like I’ll be a big 135er, and can make a lot of good things happen at that weight class.

Zenger: Your father is your trainer. That can be a gift and a curse. Is there a fine line between leaving it at the gym and bringing it home?

Tomlin: It’s a benefit, but there are times where it clashes a little bit. I’m sure you can guess. It’s all boxing all the time. Balancing that with everything else going on in life, it clashes at times. But I think it is a benefit in the fact that with him helping coach me and be on the management side of things too, it’s somebody that really cares about me. In the sport of boxing, as brutal as it is, that’s really important to have.

Zenger: If I’m watching a Ty Tomlin fight for the first time, what can I expect?

Tomlin: I’m a big boxer/puncher type guy. I like to apply a lot of pressure. Pressure busts pipes all the time. In each one of my fights, you can see I love to go to the body as well, which is something that some of these guys forget. We’ll start chopping at the body, pick it back up and we get guys out of there. Working more on the boxing like I said, and I’m really excited for it to all come together soon.

Zenger: Who were or are some of your boxing influences?

Tomlin: I came up in the amateur ranks with such Tennessee guys as Austin Dulay, who’s with PBC, and Caleb Plant. There weren’t a ton of guys in boxing coming from Tennessee or the South, so really just watching anybody and everybody. I also watched guys like Manny Pacquiao when I was younger. That helped me take in many different styles and put them together with my own.

Zenger: It’s a hot time to be a prospect right now. What will eventually separate you from the pack?

Tomlin: I’d say it’s probably just my hard work and my heart. Not to mention I’m just very entertaining in the ring, which fight fans love. I’m active, I’m in the gym all the time, so just that hard work. Everything else is going to put me in a position where I’m going to beat those guys that aren’t as dedicated as I am.

Zenger: You’re also very active in your community. You teamed up with the police department in your area to try to take a stand against drug abuse. That’s clearly very important to you; can you tell us why?

Tomlin: As an athlete, I feel like I have a unique platform because of the crowd that I bring. Everybody watches me in my community, so it’s something that we had been working on for a while. I know COVID-19 kept me out of schools, but I want to get in the schools and talk to the youth to tell them to steer clear of drugs. I’ve also been doing a lot of ride-alongs with the police and seeing the problem firsthand.

All of this started because one of my cousins, a close family member, overdosed and passed away. There are just so many good people that have been lost to it, and anything that I can do in my community to help put a stop to it is something that I’m going to be around to do.