Southern Soul Legend Enjoying The Fruits Of His Labor 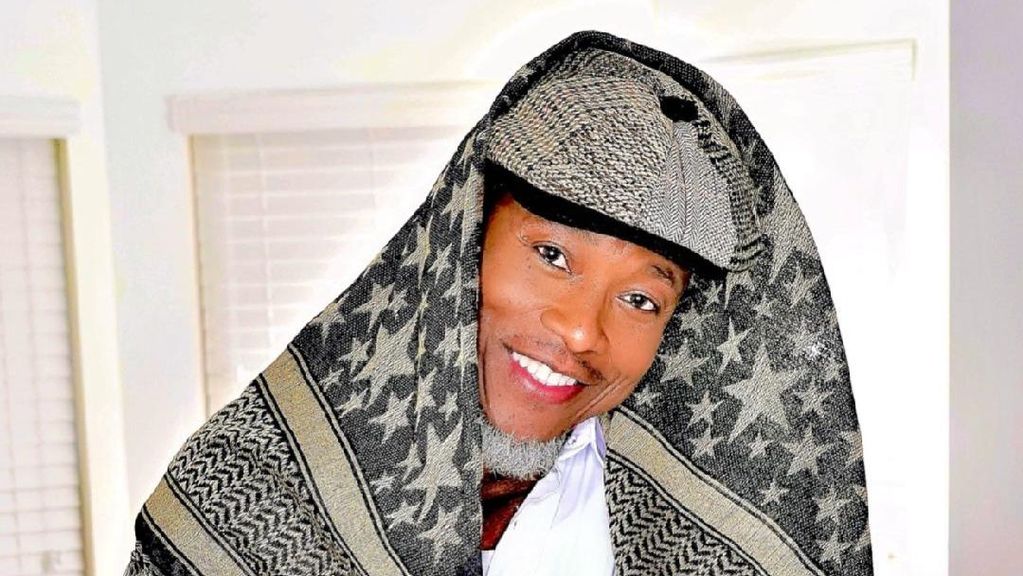 Calvin Richardson did not immediately reap the rewards of pursuing his passion. However, his remarkable voice, belief in himself and his work ethic eventually produced the success he was seeking.

Richardson always bet on himself and eventually it paid off. A hit-maker in every sense of the word, he seems to get better with time. He has lived up to his “Prince of Soul” moniker by continuously providing heartfelt music that led to three Grammy nominations.

His voice gracefully spans several genres, and his fan base includes all ages. He has released eight solo projects in his 20-year career and is currently working on his next effort.

His old-school delivery is not by accident: Richardson looked up to some of the greats, including Sam Cooke, Bobby Womack and Marvin Gaye, for inspiration.

Richardson talks with Zenger News about creatively shutting down during the pandemic, the upbeat feeling of being back on stage and much more.

Zenger: How are things going?

Richardson: Everything is great. I have no complaints. My career is steady thriving, and I’m doing what I feel like I was born to do.

Zenger: You are an artist that was on the road a lot, and then the pandemic took that away. How did you pass the time?

Richardson: To be honest, when things shut down, and the way that they shut down, I kind of shut down with it. I found myself fixated on everything that was going on with the pandemic. It was something that was so new. Creatively, I shut down for a while as well. I spent a lot more time with my family and focusing on time that I was missing out on. I stopped performing on March 7 of last year, and didn’t go back on stage again until August 8. I had a chance to reset. It turned out as a positive for me.

Zenger: How does it feel to be back in your element?

Richardson: It’s like a wild animal who has been caged up. I was born to be free. When the gate swings open, you run for your life. I love performing and when I wasn’t able to do it, something was missing. The unknown of if I would be able to get back was a huge factor that weighed on me a lot. So, to be able to be out here in full stride is an amazing feeling.

Zenger: Not that you took it for granted before, but to have it taken away in such dramatic and uncertain fashion, I’m sure it heightened your passion.

Richardson: Yeah man. They say you don’t miss the water until the well runs dry and when you have the opportunity to get it back, you really have a greater appreciation for it. Not that I ever took it for granted, but you don’t think about it like it can be gone. It was second nature, this is what I do, this is where I’m going to be. To have that taken away and not knowing if things would open back up and get to the point where I can reconnect with my fans without trying to find another way to do it, I’m definitely more passionate about it now than ever.

Zenger: What has it been like for you to see Southern soul music grow from an underground genre to the popularity it has reached now?

Richardson: Just being a part of it for me is a big deal. Music for me transcends the genres that people put it in. I played the R&B side, I played the blues, Southern soul and I was able to get over there and work that market and help cultivate it. Now it’s to the point where everybody’s looking at it and realizes it’s a factor. To be at the forefront of that and being a part of it for the last 10-15 years, I’m proud to see it has come as far as it has.

Zenger: How important was it for you to have a voice that can tap into multiple genres?

Richardson: It’s important. I never sought out to be that, because I never wanted to be in a box. I remember when I first came on the scene and they grouped me in the Neo soul category. They got a category for everything. Then, when I started working in other areas it was like, ‘He ain’t blues, he’s R&B.’ Then I started doing Southern soul and they were saying I wasn’t Southern soul. I’ve heard it all.

Recently, I’ve been called “The Strange Fruit” because they don’t understand how I fit into so many different genres and be relevant and important in those genres. For me, it’s just singing. I think we all should have a soul or we don’t exist in this type of world. When you put yourself in that box, most of the time people will stay there, but for me, I never really fit comfortably there. I’m blessed. I tell people, I feel like I created my own genre rather than getting caught up in one.

Zenger: What have you learned about yourself from your 1999 debut album “Country Boy” until now?

Richardson: I think people learned more about me than I learned about myself. Who I am is who I’ve always been. I came in the game doing exactly what I’m doing right now. As far as my musical contributions. I was faced with situations many times when the label wanted to hook me up with a certain producer to do a certain type of song or sound or try to follow a certain thing that was hot at that particular time to get a hit record. For me, it was just important for me to keep telling my story and speaking to the hearts and souls of people, and sooner or later that was going to hit. I don’t think I learned more about myself other than just doing me without trying to do somebody else.

Zenger: This music industry is not for everybody. Your career spans over 20 years. What do you feel have been the keys to your consistency?

Richardson: Me understanding that anything worth having is worth working for. I’m not afraid to work. I had a lot of aspiration to be and see a lot of things as it pertains to success points. A lot of those I didn’t hit earlier on, like record sales. Ultimately, I just had to keep doing what I love to do, no matter what the record sales were, no matter what the airplay on the radio is like or the charting position was. I put my money on me, and it came back. They finally got it.

Zenger: Your music is staple in the South at weddings, family functions, you name it. That has to be a great feeling.

Richardson: It is, man. That’s the way it was when I was growing up with Bobby Womack, Frankie Beverly, Johnny Taylor and those types of guys. To be mentioned in the same manner as those guys and knowing that that’s a situation that I fit in, and how ingrained my music is in the culture of our people in certain areas is a blessing.

In fact, I think I might call my next album ‘It’s a Blessing!’ To be in certain positions that we find ourselves in, and then you find yourself in a place after a while … I guess we can call it success. But it’s nothing that we have done ourselves, it all comes from above. We are blessed to be there. I’ll never take it for granted.

Zenger: You mentioned Bobby Womack. In 2009, you did a tribute album to him that was amazing. What made you dedicate an entire album to that late great artist?

Richardson: In my world, he was everything. It wasn’t my idea to do that album. I got approached by the president of the label I was on at that time about doing it. I was a little reluctant, because I was wondering how can you touch greatness and make it great again? How do you redo it? I told him I would listen to some of Bobby’s stuff and think about it.

I wanted to stick to his formula, but I didn’t know what it was. I didn’t know his technique or anything, but I knew I grew up on it, and I just wanted to approach it humbly and with integrity. It took me two or three weeks to say yes to that opportunity. I felt I was in a position to introduce his greatness to a younger generation that needed to know about him and his music.

Zenger: You looked up to K-Ci Hailey of Jodeci and were able to get him on a track in your debut album — and held your own with him. What was it like to share a mic with the legend?

Richardson: K-Ci being the legend that he was and is, especially at that time, it was a lot. It was a big deal. We were great friends. I used to be in a gospel group with him back in the day before they moved on to become Jodeci. It was a blessing for me. The fact that he agreed to do it because everybody, friends or foes, I don’t care who it was even if you were spending money, you just couldn’t get K-Ci on a record with you or be in a position to get in the studio with him. We maintained our relationship all these years.

He’s a legend and he always will be. I didn’t have to come to him with no money or nothing, he knew I was a pee-wee in the game just getting my feet in the door, and he was like, ‘I gotcha, bruh.’ And we did what we love to do.

Zenger: It’s an honor speaking to you, and I can’t wait to hear your new music. Is there anything you’d like to add?

Richardson: Thank you. I appreciate you taking the time to give me the opportunity to continue letting me have a voice and letting me use your platform to speak to the people. I couldn’t be more grateful.