Popcorn With Zenger: New ‘Fast & Furious’ Is Out Of This World — But Not In A Good Way

The franchise jumped the shark long ago, but that didn't stop Universal from taking it to the moon.
By Jacob Smith June 15, 2021
Facebook
Twitter
Linkedin
Email 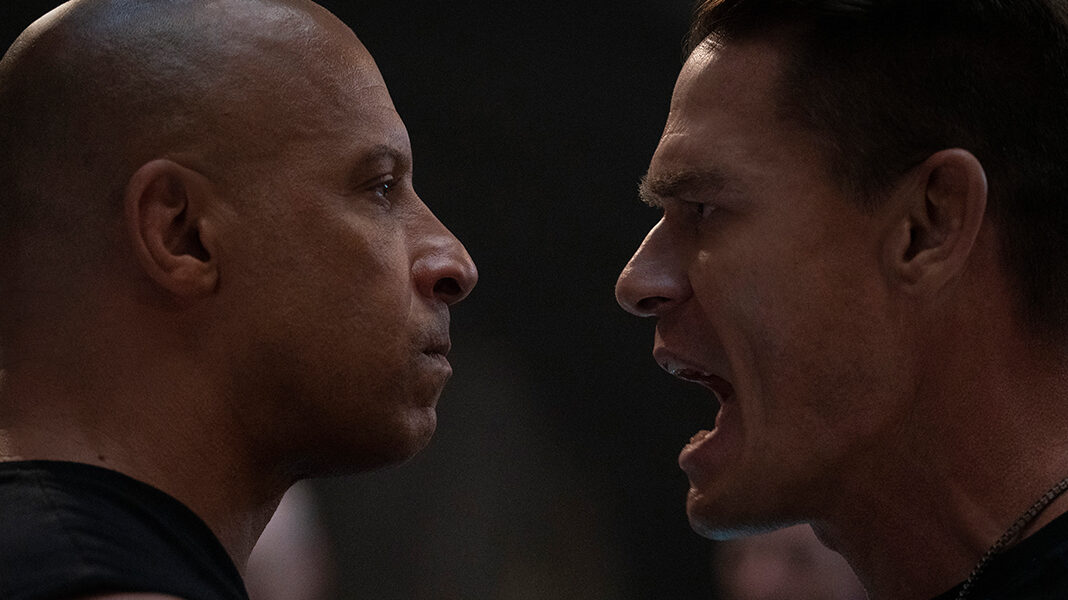 They literally went to space… sorry, let’s back up for a second.

When a franchise has been around for 20 years and just keeps going, there isn’t much left to say that will influence moviegoers one way or another.

At this point, you are either all in for more “Fast & Furious” movies or you tapped out from watching superheroes with cars a long time ago. There is no in-between. The franchise that was once about an undercover Los Angeles police officer investigating local street gangs has turned into a live-action cartoon revolving around stopping the nuclear war in Russia. How did we get here? The answer is simple: Money.

Universal Pictures’ biggest franchise has grossed a combined $6 billion over 20 years and 9 films. The last two movies of the franchise, “Furious 7” (2015) and “The Fate of the Furious” (2017), each scored over $1.3 billion at the global box office. As the series’ popularity continues to grow overseas, Universal is simply making too much money to let their cash cow go.

This brings us to “F&F 9: The Fast Saga,” and even though our “family” is closer to death than they are to youth, nobody is going to stop the legend of Dominic Toretto, even if the franchise is running on empty.

The Story: Following the events of the last film, “The Fate of the Furious,” Dominic Toretto (Vin Diesel) is enjoying life at home with his family. Of course, the vacation is short-lived as Toretto’s duty as an international man of mystery comes calling again.

But this time, things are different. Dom doesn’t just find himself facing off against one of the biggest super spies the world has ever seen. Instead, he finds himself face to face with his estranged brother Jakob (John Cena), who he hasn’t seen for more than 30 years, since the death of his father.

Jakob is on the cusp of acquiring a dangerous weapon: a program known as Project Aries that will allow him to control every technical device on earth. With that power, Jakob would bring the world’s military to its knees and it’s up to Dom and his group of semi-super heroes Roman (Tyrese Gibson), Tej (Chris “Ludacris” Bridges), and Ramsey (Nathalie Emmanuel) to save the world once again. But waiting for them in the shadows is Cipher (Charlize Theron) who wants revenge on Toretto’s crew after the events of “Fate of The Furious,” and she plans on using Jakob as a means to get it.

Bright Spots: If there is one thing that director Justin Lin deserves credit for, it is turning the cinematic experience into the wildest theme park ride you can imagine. Lin, screenwriter Chris Morgan and cinematographer Stephen F. Windon are the trio responsible for the change in direction, along with the revival of this once-thought-to-be-dead franchise by turning the action up to 11.

“F9” is an impressive-looking film, and if that is what you buy tickets for, then you will get your money’s worth. Otherwise, it is all downhill from there.

Weak Spots: The “F&F” movies have become virtually “critic-proof.” So, as no amount of negative reviews can affect this franchise’s bottom line, it’s time to get blunt: what is this franchise, anymore?

“F&F” long ago threw physics and realism out the window, to the point that you might as well be watching an “Avengers” movie than a movie about fast-driving spies. “F9” manages to turn up the stunts to Looney Tunes levels of believability within the first 20 minutes. Every character in the opening act survives crashes, falls and explosions that would have killed Captain America, let alone Rodriguez.

The story doesn’t do this film any favors. “F9” introduces Cena into the mix as a brother who hasn’t appeared or even been mentioned in the 20-year history of this franchise. Not even Dom’s sister Mia Toretto (Jordana Brewster) knew about their brother, and she’s been in the franchise since 2001. Sung Kang‘s character Han Lue, who was killed off about three movies ago, returns to the franchise, and they don’t even bother to give a logical explanation for how he’s not dead. So, just know going forward that anyone can come back to life now, if the writing demands it.

The terrible pacing front-loaded so much of the action early on, it feels like you have already watched the entire film before realizing there is still an hour left to go. Cena makes his series debut, but his performance is pretty flat, not because he doesn’t have the charisma to succeed, but the overall arc of his character is just poorly written. It is as if they needed someone to play second fiddle to Dom now that Dwayne Johnson refuses to work with Vin… I mean, has moved on with his own spinoff series with Jason Statham.

The running gag of “Fast Saga” is how these movies have gotten so ridiculous that the only thing left for them to do is to move the franchise into space. Lo and behold, they did just that. Jumping the shark has been replaced by driving a car into a satellite in space. Fold up the tables and pack the lunch, we are done here.

The Takeaway: At the end of that day, “F9” is a film for people with the lowest expectations. If you have been camped out at home for the last 16 months and just want to enjoy an action-packed movie, then this is the film for your fix. Just don’t expect anything more than the bare minimum, because unless the next film takes place in space fighting the aliens from “Independence Day,” there isn’t anything here that you haven’t already seen before.

See or Skip: If you love to turn your brain off while watching movies, then “F9” is perfect for you. That’s the only way you are going to enjoy this senseless action film.

«Previous Post
Scholarships For Filmmakers Seek To Improve Image Of Mexicans, Latinos »Next Post
Popcorn With Zenger: ‘Hitman’s Wife’s Bodyguard’ Is A Film That Doesn’t Need To Exist