The meaning of 'immediate family' is being challenged by a petition to federal parliament.
By Marion Rae June 15, 2021
Facebook
Twitter
Linkedin
Email 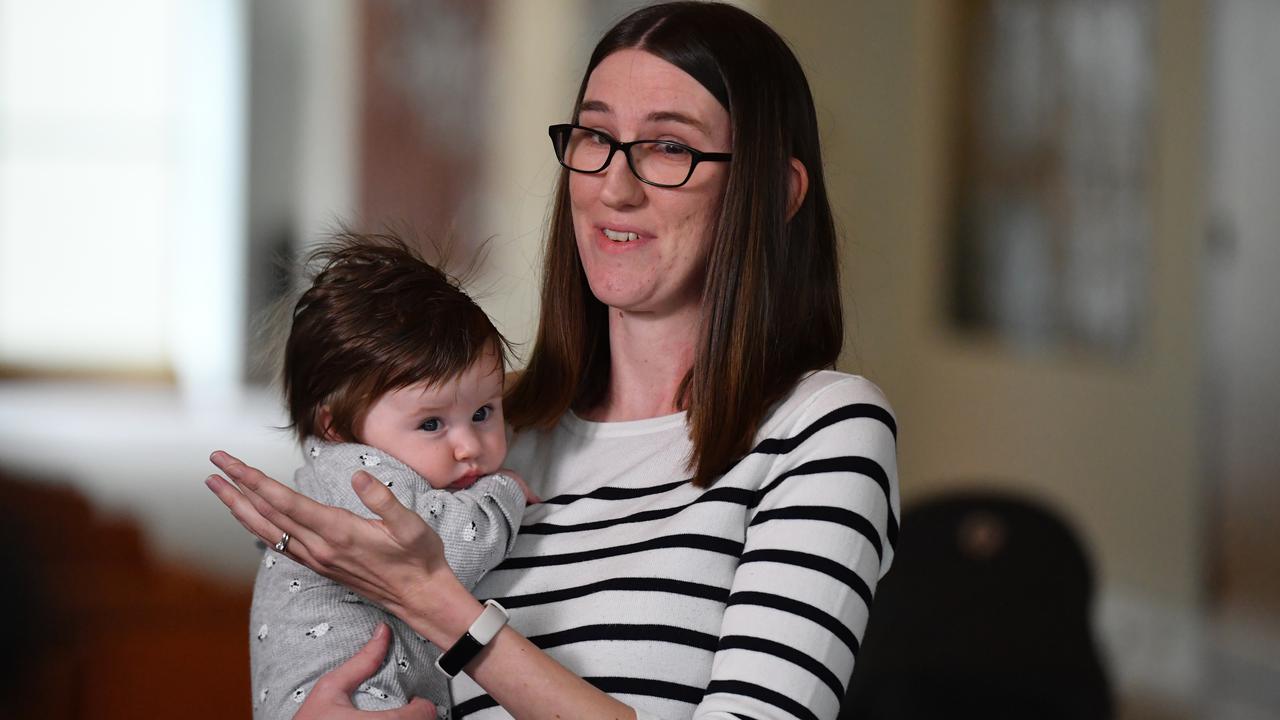 Sophie Robinson, with baby Lucy, says she can't return to work without support from her UK family. (Mick Tsikas/AAP Image)

CANBERRA, Australia — Families in Australia denied access to loved ones by the hard international border want the Morrison government to change the rules.

The current definition of “immediate family” is being challenged by a petition to federal parliament on June 15 as Australians seek to be reunited with parents and so babies can meet grandparents.

Signed by more than 70,000 people in just four weeks, the petition is presented by independent MP Zali Steggall, and Greens senator Nick McKim on behalf of the advocacy group Parents Are Immediate Family.

She moved to Australia three years ago and wants to return to work as an essential healthcare worker.

“But without any help or support from my family, that’s just impossible,” she said.

Steggall said her office is being inundated with desperate calls for help, particularly from new mothers whose parents cannot come into Australia to assist them.

“These women, these babies need to understand what the long-term plan for Australia is,” she said.

According to the formal plea to politicians, reunification with family should be considered a compelling and compassionate reason to travel.

The petition calls on the government to add parents as an exemption category after all the medical and quarantine requirements are met, and if exemptions cannot be obtained for parents coming to Australia to allow an exemption for people with family overseas to travel to see them.

Parents Are Immediate Family spokesperson Kateryna Dmytriyeva has tried five times to allow her mother to travel back to Australia from Ukraine.

She slammed the “obscene lack of compassion from the Australian government.”

Australia’s border closed in March 2020 as an emergency measure.

Robinson is thinking about moving back to the United Kingdom, which she had never considered before the pandemic.

Steggall fears a broader brain drain, as one-third of Australians are born overseas.

“Australia is a multicultural country where many of its citizens and permanent residents (PR) migrated overseas. Therefore, thousands of Australian’s and PR have parents living abroad,” the petition states.

“Currently, parents cannot travel to Australia to be reunited with the family because they are not classed as ‘immediate family. Parents are essential, and connection with family is equally important to migrants as it is to families living in Australia.”