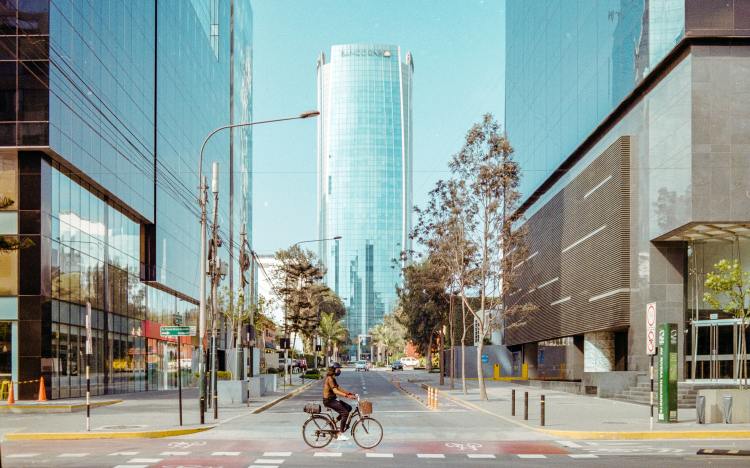 Riding a bike is a healthier and cheaper alternative to driving, and doesn't add to pollution. (Nestor Morales/ Unsplash)

Each passing year, more people are taking an interest in cycling as a means of transportation and exercising.

“Since I was a child, I’ve always liked riding my bicycle,” said Arturo Márquez Galindo, a dockworker in Boca del Rio, Veracruz. “Now that I am an adult, I am aware cycling benefits my health.”

Riding a bicycle improves physical and mental health and is a transport method that does not pollute.

However, most of Mexico’s streets were not made for bicycles, and drivers still do not respect cyclists.

“Cycling is a hobby to me. I usually cycle around an hour alongside the Boca del Rio boulevard, since most town streets and avenues have no designated space for bicycles. Sometimes, drivers do not respect or watch for people riding their bikes, making it dangerous,” said Márquez Galindo.

From an economic point of view, using a bicycle to commute to work is a greener and cheaper alternative. The cost of maintaining a bike is well below the price of a car — with no need for gas.

Bicycles do not require permits, registration, plates or insurance and are easily parked almost everywhere, as long as people lock the tires to prevent theft.

Another point in its favor — the ability to enjoy the urban landscapes while traveling.

Cycling helps lose weight and tones up arms and legs.

“Being able to practice an exercise as complete and easy as cycling is beneficial for overweight people. With just 45 minutes of cycling, they can cover long distances and improve their physical condition. However, this should be in addition to following a balanced diet given by a nutritionist,” said Óscar Candelas Reinoso, a family man in Veracruz, Mexico.

However, there are issues for cyclists. Bikes do not insulate the user from weather, they are easy to steal or mug, and may present a challenge when carrying extra weight or another person.

Bicycle popularity in Mexico has increased in the last two decades. Mexico City, for example, closes down several main avenues on Sunday, so people can cycle freely. In addition, the government rents out bicycles at several stalls across the city, letting people cycle to their destination.