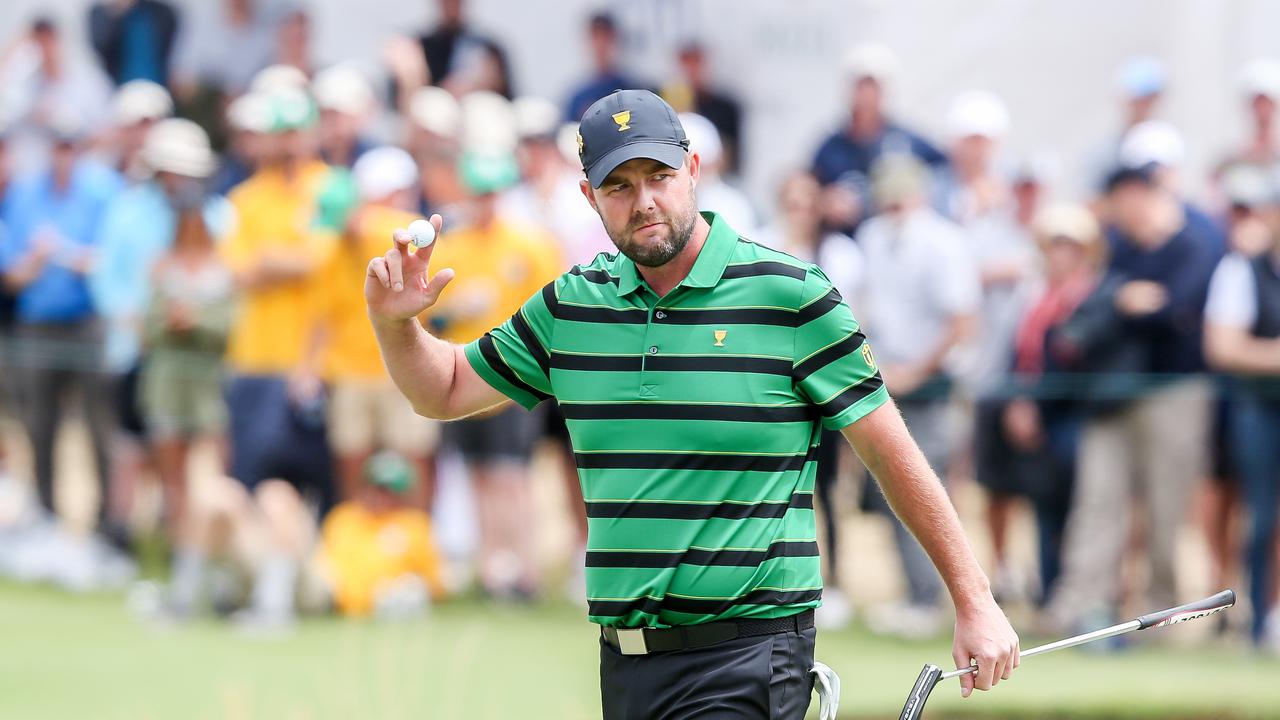 Marc Leishman is one of seven Australian golfers teeing up at the US Open at Torrey Pines. (AAP Image)

CANBERRA, Australia — Marc Leishman will lead the charge as Australia’s elite golfers – without Jason Day – return to a happy hunting ground for the year’s third major championship getting underway on June 17.

The US Open is back at Torrey Pines for only the second time – and the first time since Tiger Woods’ epic triumph on one leg in 2008.

While Woods is again back on one leg following his shocking car accident in Los Angeles earlier this year, it will be his big-hitting compatriots Dustin Johnson, Brooks Koepka, Bryson DeChambeau, Justin Thomas, fellow Americans Xander Schauffele and Jordan Spieth, and smarting Spaniard John Rahm hogging the spotlight.

But it is not just golf’s superstars licking their lips at another shot at major glory, with Leishman, Adam Scott, and Cameron Smith all quietly plotting to crash the party on a course readymade for Australian success.

Few layouts on the PGA Tour are more to the Australians’ liking than Torrey Pines, where eucalyptus trees, familiar fairways, and sweeping views of the Pacific Ocean make Leishman and company feel right at home.

“I grew up on this grass. I grew up on Kikuyu fairways, poa greens,” said Leishman after his memorable 2020 Australia Day victory at Torrey.

Leishman had twice finished runner-up at the venue, in 2010 and 2014, before breaking through and is not the only Aussies to have tamed the Californian coastal course.

Jason Day, sadly conspicuously absent this week after falling out of the world’s top 60, has won twice at the course and also notched two runner-ups in San Diego.

But Torrey has not only proven a place of hope for Aussies but also heartache.

The 18th hole is named Devlin’s Billabong after Bruce Devlin, while contending in the final round, infamously dunked seven shots in the water in 1975 to watch his championship hopes sink.

Before Woods dramatically beat Rocco Mediate in a playoff to win the US Open at Torrey Pines 13 years ago, Stuart Appleby was the halfway leader and still well in the mix in the top 10 with Robert Allenby and Geoff Ogilvy entering the championship.

All up, six Australians have recorded second-place finishes at Torrey over the years, stretching back the Bruce Crampton in 1973 to Steve Elkington (1989), Nathan Green (2006), Michael Sim (2010), and Leishman and Day.

With two-time Open runner-up Day missing this year, seven Australians are in the field.

Scott and Smith boast the best US Open results of the seven, sharing the fourth spot in 2015 at Chambers Bay.

David Graham at Merion in 1981 and Ogilvy at Winged Foot in 2006 are the only Australian men to have won the US Open.