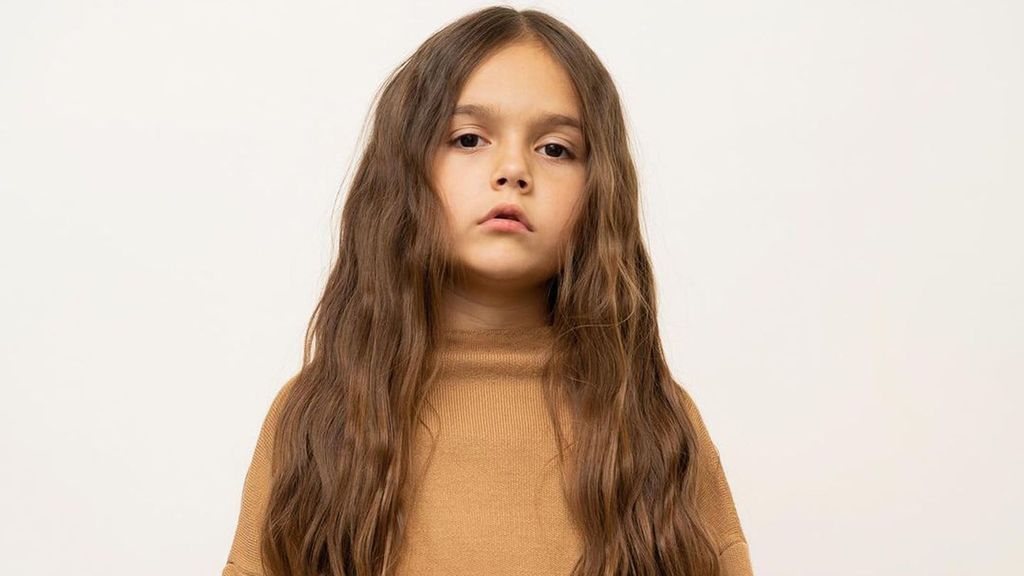 A photo of Taylen Biggs, 8, who was discovered by the Kardashians at just 18 months old. (@taylenbiggs, @dvvinci/Zenger News)

This eight-year-old girl has become a “fashion superhero” with over 300,000 Instagram followers after being discovered by the Kardashians.

Taylen Biggs, who has helped to launch the Snapchat accounts for Kardashian Kids and Fashion Kids, lives in Florida and just turned eight years old.

When she isn’t modeling, she enjoys doing everyday things like most other children. “Taylen loves to be around her sister and little brother, playing with Barbies. Pool days and outdoor activities are her favorites,“ said the girl’s mother and agent Angelica Calad.

But the young girl shows talent in fashion arts beyond the catwalk. “She also loves creating and has been recently producing her own designs and illustrations,” Calad said. “Taylen is currently working on acting, fashion collaborations, and other projects.“

“She has been at shows such as Jeremy Scott, The Blonds, Cynthia Rowley, Pyer Moss, and LaQuan Smith. She will be partnering up with some New York Fashion Week (NYFW) shows next season that we cannot disclose at the moment,” Calad said.

When asked what made the youngster so passionate about fashion, Calad described her first foray into modeling.

“Taylen became the youngest runway model at age three when she walked for Sherri Hill [an American designer known for formal evening wear] at New York Fashion Week. From that moment she has always shown interest in fashion events, the runway, fashion collections, and how designers work,” she said.

Taylen is referred to as a ‘Style Star’ on her Instagram account, where she boasts 304,000 followers, as well as a ‘Young Philanthropist’ for the Love Bigg Foundation managed by her mom and team.

“At 18 months old, she was first discovered by the Kardashians who was the face of Kardashian Kids in the U.S. Shortly after, Taylen was working with Betsey Johnson [an American designer], Guess Kids, and more,“ Calad explained.

“The media has referred to her as ‘Mini Wintour’ [Anna, the editor-in-chief of Vogue], and she has been compared to greats like Shirley Temple in her recent story with 60 Minutes show,“ an Australian current affairs program.

“Taylen has been seen and covered front row at the most coveted shows during NYFW such as Jeremy Scott, Laquan Smith, The Blonds, Pretty Little Thing, Chromate and Romeo Hunte as well as a repeated red-carpet guest for Beautycon [Festival], MTV Video Music Awards, and Nickelodeon Kids’ Choice Awards.”

“Taylen Biggs continues to prove herself to be the next fashion face game changer and young model with a purpose,“ her agent mother added.

“Most recently, Taylen spoke on her desire to help others and become a ‘Fashion Superhero’ in her interview for the ‘7 Most Fascinating People in South Florida’,“ aired by local news channel WSVN.

“The family unit is the most important value to Taylen, and she wants to help those in need with key necessities so they can be assured that someone truly cares,” Calad said about her daughter.

“Taylen is a young philanthropist who wants to inspire the next generation to give and help others. She continues to prove that fashion, as well as philanthropy, has no age limit,” Calad said.

«Previous Post
Art Stopper: Painting Cut To Pieces By Its Creator Who Hated It Sells For $180k»Next Post
VIDEO: Vulture Club: Pair Of Endangered Birds Released Into The Wild