Thousands Without Power After Storm In Australian State 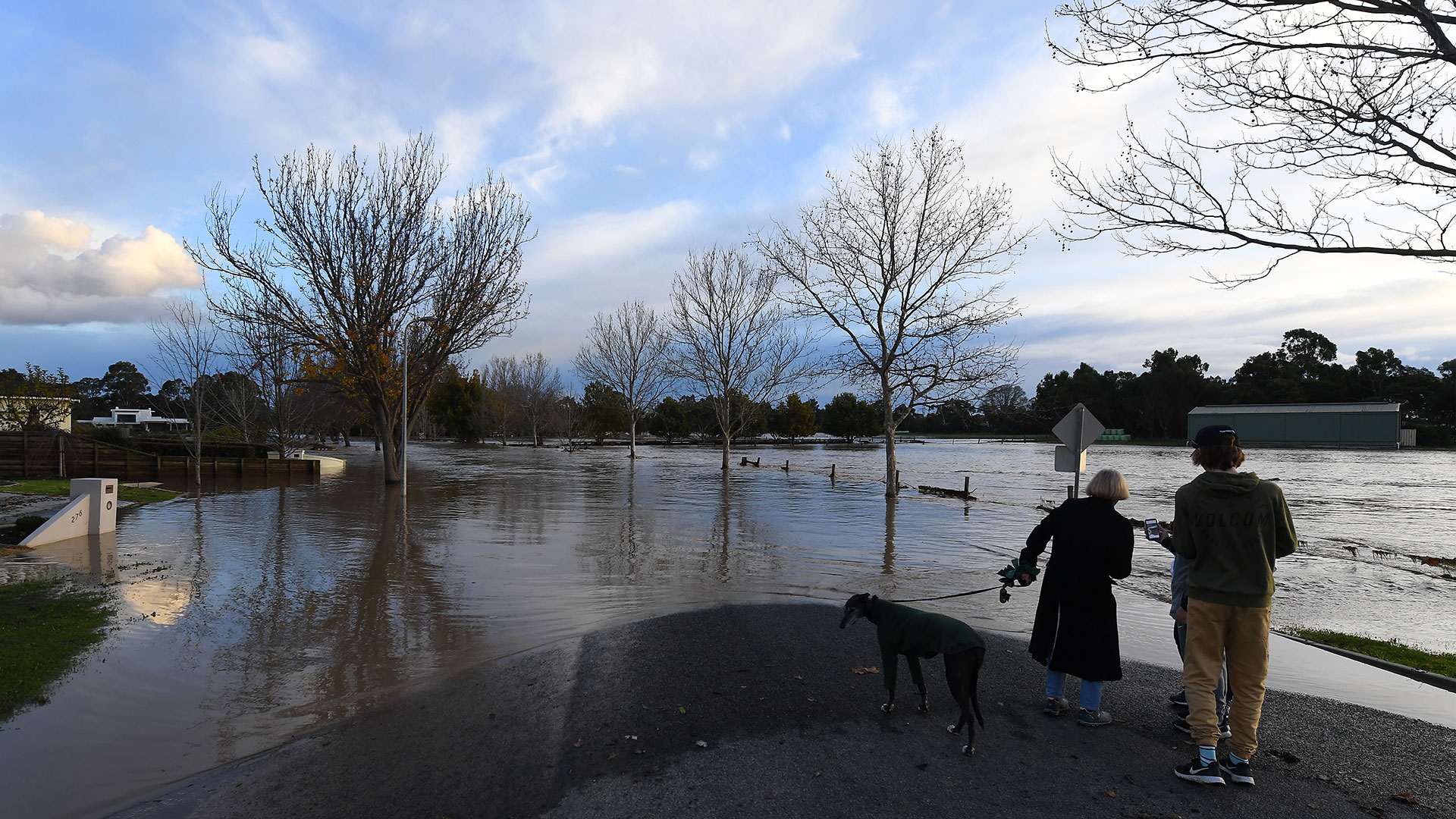 People are seen observing flood water in Traralgon, Victoria, June 10, 2021. Thousands of Victorians have been left without power as wild winds and flooding hit the state. (James Ross/AAP Image)

MELBOURNE, Australia — Thousands of people in Australia’s state of Victoria remain without power, days after a deadly storm lashed eastern parts of the state.

Emergency Management Commissioner Andrew Crisp confirmed 39,000 homes remain without power on June 13, down from 300,000 immediately after the storm, which began on June 9.

“Rest assured everything’s being done to ensure that those people get back on power as soon as possible,” he said in the flood-affected city of Traralgon.

Crisp said a number of communities remain unable to call triple zero, though community meetings are being held and Red Cross volunteers are conducting door-knocks to ensure people are able to access information.

“With those particular communities, they might be isolated in terms of some telecommunications, but they’re not geographically isolated, so people can get in and out,” he said.

“That number of communities that are unable to access triple zero is significantly reducing every day, but that is going to be a priority for us.”

He said a number of different agencies were working together to clear roads and fix damaged poles and transformers.

“There is a long way to go, but a lot of really good work (is) happening at the moment,” said Crisp.

While flash flooding has eased, a moderate flood warning remains in place for the Thomson River downstream of Wandocka and Sale and the Latrobe River from Yallourn to Traralgon Creek.

Crisp said there was potential for a further east coast low that could develop late next week and cause more heavy rainfall in the region.

“There is every chance we could see up to 50 milimeter in East Gippsland and back into south and west Gippsland,” he said. “So, this is not over yet, we have to continue focusing on the potential risk to communities.”

Victoria has been lashed with gusty winds of up to 125 kilometers-per-hour and heavy rainfall since June 9 and two people have died in the dangerous conditions.

A young woman was found in a vehicle in floodwaters at Glenfyne, 200 kilometer southwest of Melbourne, on June 11, and a man’s body was found in his submerged car at the Gippsland town of Woodside on Thursday.

Two State Emergency Service volunteers were hospitalized during recovery works, with one suffering a broken shoulder blade and the other a broken wrist.

It remains unclear how many properties have been damaged by the storm.

“We observed through the helicopter the extent of the damage. What was quite evident is whilst it’s receding now, it still is quite deep in parts, and there’s many, many areas that have been quite severely impacted,” said Merlino.

He said emergency assistance, jointly funded by the Commonwealth and state government, will assist those with damaged properties with grants of up to AU$42,250 ($32,594).

“Whether it is support for accommodation, major repairs at home, we want to get people back in their homes as quickly as possible,” said Merlino.