One Small Step For Fans: Historic Spacesuit To Go On Show

Restorers say the vintage suit will be repaired for a special space exhibition this year.
By Georgina Jadikovskaall June 14, 2021
Facebook
Twitter
Linkedin
Email 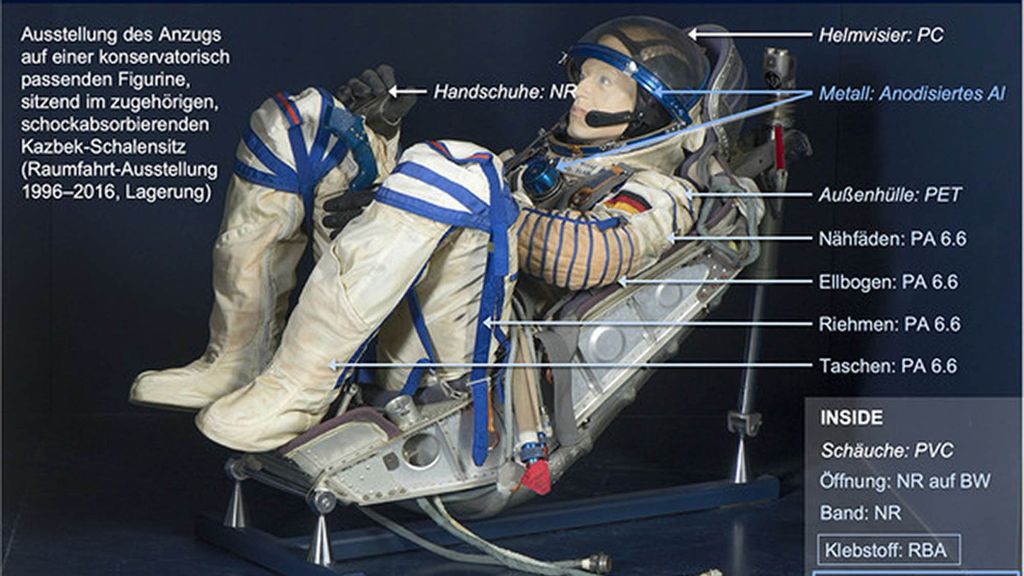 A spacesuit that was once worn by a German astronaut during his journey to the biggest space station in existence at the time is now being prepared for display at a German space exploration exhibition.

The suit has now landed at the Deutsches Museum in Munich where it will be exhibited after its restoration.

Head of the object restoration and research department Marisa Pamplona is leading the team at the museum tasked with restoring the Russian-made spacesuit, which has begun to show signs of aging.

In a statement, Pamplona said the suit has started to become discolored with the white slowly turning yellow.

She said that the team’s aim is to find out how the suit, which was made by the Russian company Zvezda LLC, can be maintained for as long as possible.

Klaus-Dietrich Flade was a German pilot turned German Aerospace Center astronaut who became the second German to visit a space station when he visited MIR.

MIR was the largest artificial satellite in orbit at the time and the first continuously inhabited long-term research station in orbit, which was used for experiments in biology, human biology, physics, astronomy and meteorology. MIR ended its mission in 2001, and was succeeded by the International Space Station.

“First [we] examined which components the spacesuit was made of — and took small samples from each,” said Charlotte Holzer, a member of the restoration team.

She believes that the suit was deteriorated because of a combination of gases and light that has discolored the suit in some places.

“In the folds, where there is less exposure to light the suit has maintained its color better,” she explained.

To avoid further damage to the suit the team plans to showcase the piece in a glass box equipped with fans and pollutant absorbers while being illuminated with an LED light.

Flade’s suit is expected to go on display at the museum as part of a larger space exhibition at the end of this year.