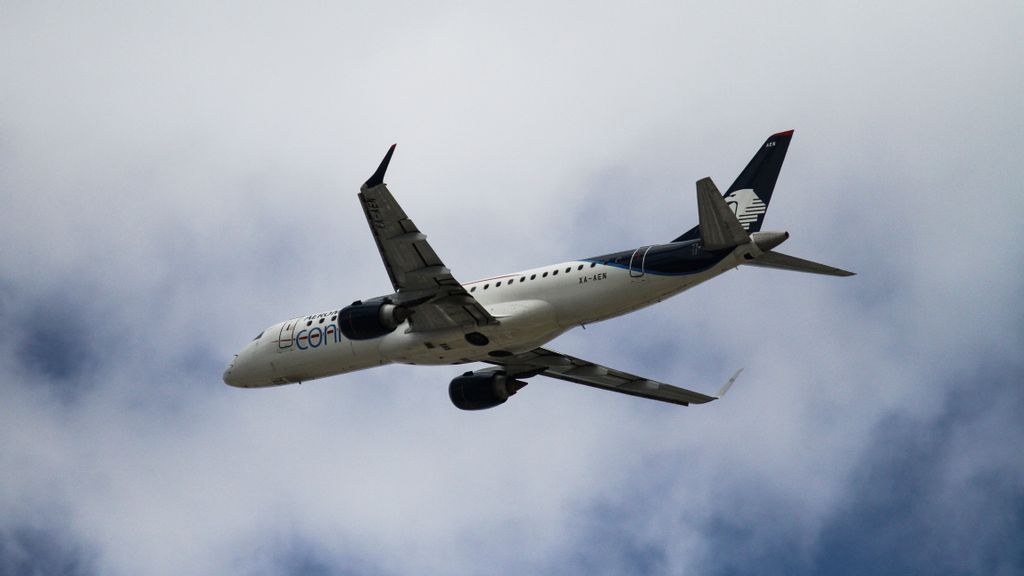 One of the most spectacular fountains in the world is located in Mexico City. The Fountain of Tláloc was constructed by world-renowned muralist Diego Rivera in 1951 for Chapultepec Park’s Second Section, designed to be admired by airline passengers arriving in the capital. But changes in the airspace resulted in fewer planes over this area, and the pre-Columbian god of rain depicted in it, Tláloc, lost his audience in the heights.

For decades, the air route entered the city from the northeast by Chapultepec’s Third Section, but authorities changed it radically on March 25.

“Since they changed the airplanes’ routes, the noise is unbearable. Planes of all sizes pass every three minutes,” said Alejandra Vázquez, a resident of Tlalpan.

“Who is benefiting from this change? I don’t believe the pilots are: they have to fly very low, and you can tell they have a hard time maneuvering. Hopefully, those who had this ‘great idea’ also have airplanes flying by their heads 24 hours a day. The planes are leaving us deaf.”

Later, the government indicated that the Benito Juárez International Airport would continue to operate. The airspace was redesigned to allow both airports to work simultaneously. In the process, they considered the flights of two additional airports in nearby cities: Toluca and Cuernavaca.

So far, it appears the decision has brought more worries than benefits. Many believe the new routes are complex, annoying, and will bring significant problems in the future. Trying to forestall the redesign, some citizens took legal action. However, the judges determined that stopping the process would harm the public interest and allowed it to continue.

The redesign “was long overdue and poorly done. We have always known that the AICM and the Santa Lucía airport cannot operate simultaneously due to airspace problems. There was no point in making two airports if one could cover the same number of operations,” said María Larriva Sahd, the Chief Air Traffic Controller for Mexico, who currently advises on air traffic issues.

According to Larriva Sahd, the change was done without adequate safety tests.

“All the studies carried out by international organizations established that there was no [possibility of] simultaneous operation. The MIT Electronics Research Society, which is a very prestigious body, stated that. Upon becoming the SENEAM’s [Navigation Services in the Mexican Airspace] director, Víctor Hernández said he could solve the issue. The authorities believed him, but it is not true,” said Larriva Sahd.

“A big problem is that there was no [rigorous] certification [of the routes]. One assumes that the testing aircraft went out and flew the routes with special equipment before the procedures were published, and the airlines began navigating them. But this was not done in Mexico. Due to AFAC’s [Federal Civil Aviation Agency] lack of budget, the [testing] planes were inoperative for more than two years,” she said.

The airspace redesign required new, more precise technology. “But Mexico should have implemented it 20 years ago. Besides, the change shouldn’t have been so radical,” said Captain Heriberto Salazar Eguiluz, Mexico’s College of Pilots president.

Captain Salazar Eguiluz explains that if one considers that the airport authorities needed to create the space for planes to operate in the future over the new Santa Lucía airport, the changes make sense.

Larriva Sahd agrees that the changes were long overdue: “Mexico is 20 years late in adopting PBN [performance-based navigation]. This satellite navigation system gives you greater precision while flying. It makes it difficult to get lost, and it includes other devices on the plane that warn you if you deviate [from your route]. But that’s for navigating; it has nothing to do with airport interaction.”

Salazar Eguiluz agrees that the performance-based navigation system is highly accurate. “Many people say planes can fly closer to each other and more effectively [than in earlier times], that technology allows it.”

He explained the navigation system comparing it with cars. When you park, you make maneuvers with a margin for error. “Maybe you fear hitting other vehicles and avoid getting too close, but if you have sensors that tell you how close you can get without hitting them, then you risk getting closer. Let’s say that this technology is like that.”

“First, the motivation for the redesign is different from the one they [the authorities] declared, which was to ‘modernize the airspace,’” she said, explaining that “phase 1 — in which the airports of Mexico City, Toluca, Cuernavaca and Puebla coexist — has been operating for 25 years. They only redesigned the routes, keeping the aircraft as far as possible from the Santa Lucía military base [where the new airport will be located]. Still, the procedures [routes and altitude] are outside the norms and unsafe.”

Larriva Sahd ticked off the risks. “Airplanes fly over the city for a long time, pass close to the mountains and suffer a lot of turbulence. Besides, there is nowhere to deviate them when they run into bad weather conditions.”

Just over two months after the redesign was implemented, Larriva Sahd sees flaws. “The system has been in operation for some time, and the delays are evident … The planes are on the hill [close to the mountains], and there is nowhere to move them; arrivals are very long and planes waste a lot of fuel as pilots have to fly in circles a lot. It is very dangerous. Pilots have to check their fuel to see if they can absorb the delay or fly to an alternate [airport] for an emergency landing. Sooner or later, these issues will affect the airlines’ operating costs.”

Salazar Eguiluz trusts that airport operations will improve over time even with the redesign: “Every change requires learning and training processes. Planes are flying, in some cases, a little longer over Mexico City and making noise, which is annoying for the population. The issue is not directly related to the airplanes’ operation, but they [those who worked on the redesign] must have worried about the noise.”

Meanwhile, people’s opinions are divided. “The flights last longer. Flying from Acapulco to Mexico City used to take 35 minutes, and now it takes an hour. And we are still far from the saturation that the airport had before the pandemic,” said Sofía Medina, a resident of Mexico City who frequently travels with her family. She believes that citizens were not taken into account, despite being the customers.

Javier Molina, who lives in the vicinity of Benito Juárez International Airport, thinks that there will always be a debate. He says that people complain about noise now, but other people complained about it before.

“I suffer it all the time because I live near the terminals,” Molina said. “It is impossible to keep everyone happy at this same airport. If the routes change again, there will be others complaining about the same noise arguments after a while.”

The issue of noise cannot be avoided. “Airplanes’ turbines compress air and make noise by expelling it. Noise is an effect of the temperature difference. It cannot be helped, but it is within the decibel norms,” said Larriva Sahd.

However, she believes noise is not the real problem. “Now arrivals are much longer and much riskier. The planes fly longer over the city, and that is what is annoying.”

She emphasizes that the authorities carried out the redesign based on a “non-existent” airport.

“There is nothing in Santa Lucía. The airport does not exist. There is no information. If you ask them any questions, they say, ‘We have the document and what you are looking for is on this or that page.’ You go to the page, and there is nothing. Everything is upset,” said Larriva Sahd.

But the god Tláloc, in the fountain, may be even more upset. Now, visitors can see him only at ground level. Rivera intended that he be admired from the sky, but now the planes are flying over the city on other routes.

«Previous Post
Scholarships For Filmmakers Seek To Improve Image Of Mexicans, Latinos »Next Post
Seeding Taste: The Versatile Achiote Is Touted As The Latino’s Saffron