Even Hollywood movies releasing the same day as in U.S. or earlier are being compromised.
By Radhika Bhirani June 13, 2021
Facebook
Twitter
Linkedin
Email 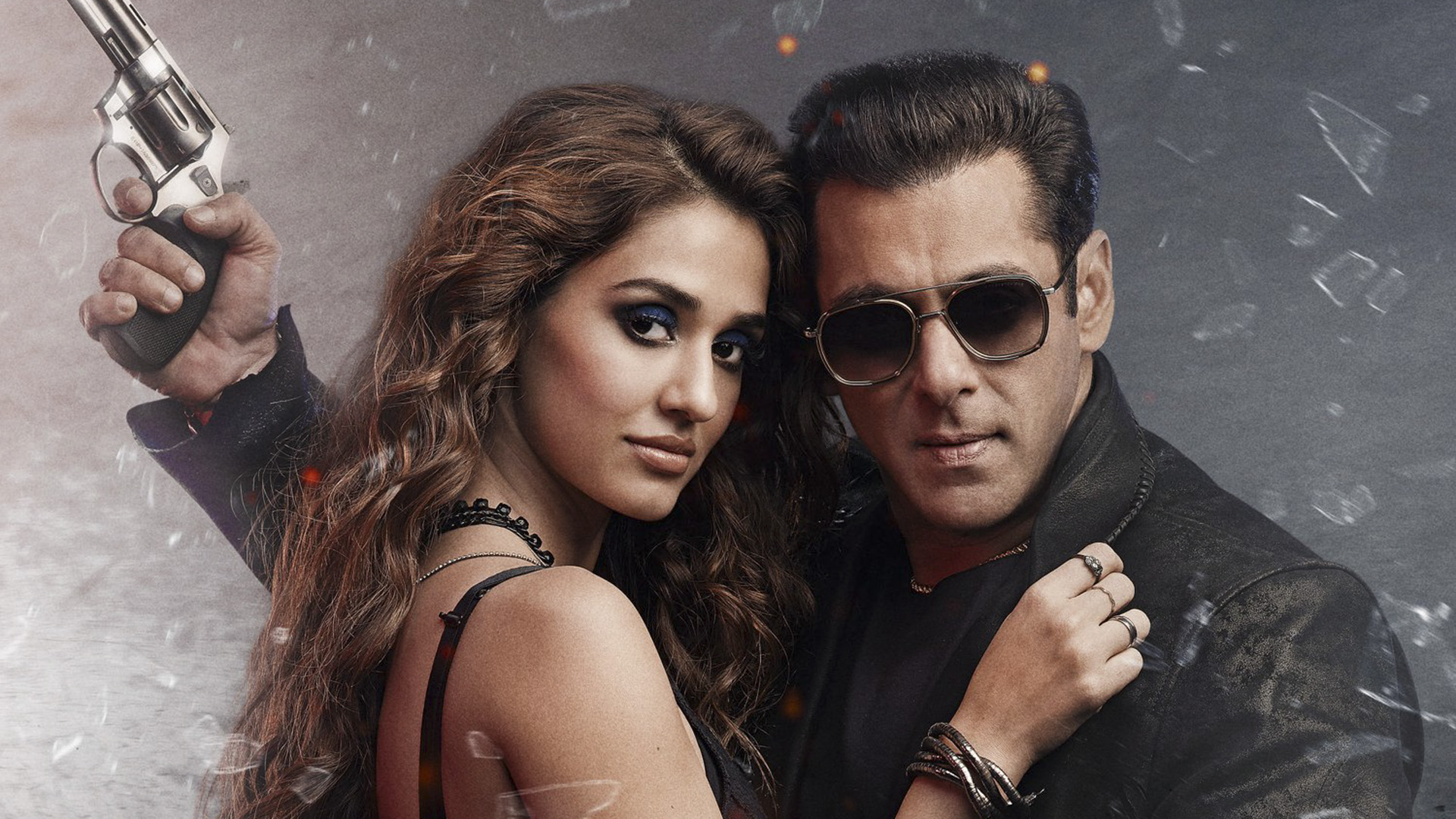 "Radhe: Your Most Wanted Bhai" was released by Zee Studios across screens in over 40 countries on pay-per-view service ZEEPlex, and direct-to-home platforms in India, on May 13. (Salman Khan Films/Facebook)

NEW DELHI — Hours before “Radhe: Your Most Wanted Bhai”, Bollywood’s first big-budget film that went for a multi-platform release, its makers urged the audience to avoid piracy.

But within hours, the movie was circulating on piracy sites, social media, and messaging platforms, including WhatsApp and Telegram.

“We offered you to watch our film ‘Radhe’ at a reasonable price of INR 249 [$3.4] per view,” Salman Khan, a top Indian actor, tweeted two days later. “In spite of that, pirated sites are streaming ‘Radhe’ illegally, which is a serious crime.”

The film was released by Zee Studios across screens in over 40 countries on pay-per-view service ZEEPlex, and direct-to-home platforms in India, on May 13.

The incident brings the focus back on the heightened susceptibility of streaming content and the perennial menace of piracy in India’s multi-million dollar movie business.

Zee filed an official complaint at the Cyber Crime department of the Mumbai Police.

A Facebook user and two WhatsApp users were reportedly booked for offering the film for INR 50 (less than $1) before the Delhi High Court passed an order restraining private individuals from “unauthorized storing, reproducing, or disseminating” the film.

“People engaged in spreading the illegal version of the film are not just embracing piracy, but are also negatively impacting the growth of the industry and the livelihoods of the people working for it round the clock,” Zee Studios said in a statement.

The studio appealed to citizens to say no to piracy. Zenger News reached Zee for a comment, but the request was declined.

Before the launch, Shariq Patel, chief business officer, Zee Studios, in a statement, said the pandemic “forced us to innovate”.

Online film piracy saw a rise of over 33 percent when the lockdown was in place, according to piracy data company MUSO.

There was a 63 percent growth in film piracy in India based on a comparison of data between the last seven days of February 2020 and March 2020. The first lockdown in India began towards the end of March 2020.

The increasing usage of digital media has been a boon to the entertainment ecosystem in many ways. Still, one bane is in the increased piracy threat, which restricts full monetization of content and large-scale acceptance of the Subscription Video-on-Demand (SVoD) platforms in India.

For a population of over 1.3 billion, internet penetration in India rose to 795 million in 2020, and people spent 4.6 hours a day on their phones, increasing data consumption by 15 percent over 2019.

Digital subscriptions grew by almost 50 percent as a result of the lockdowns. In addition, several movies meant to release in theaters were released directly on SVoD platforms.

“The whole streaming revolution happened as early as perhaps 2019 when the likes of Netflix, Amazon Prime Video, and Hotstar started coming up with content more frequently. But a majority of people here have the mindset that internet content is ‘free’,” Kapoor said.

He believes that even if “Radhe” were available for INR 50 per view, it would still get pirated.

“That tells us that the market has still not matured. India is such a big country that streaming has still not penetrated the smaller towns and the rural parts, and so one has to learn to live with some part of the problem. For every subscriber that a platform gets, there will be two or three people who will not subscribe because they will see it as free content,” Kapoor said.

He cited the example of “Scam 1992: The Harshad Mehta Story”, India’s breakout streaming show of 2020. As per Ormax Media’s research estimates, the show was watched by 23 million people in India. But SonyLIV, which streamed the show, had only reached a 2-million subscription milestone in 2020.

In the past few years, piracy emerging from theatrical releases was averaging approximately 20-30 percent, according to Kapoor. But going by their research, he believes the rate of piracy has grown 300-400 percent via streaming services.

“The options for piracy for theatrical releases were typically restricted to someone smuggling a camcorder in a theater and recording a poor copy with ambient sounds of the audience there,” Nitin Tej Ahuja, chief executive, Producers Guild of India, told Zenger News.

“The task of the pirates is now made substantially easier with HD quality video available literally at their fingertips,” said Ahuja.

So, “unless someone has a moral stance on it or fear”, it is going to be rather difficult for India to tackle the piracy malaise, Kapoor said.

In 2019, the Indian government had stepped up efforts to curtail piracy when the Cabinet approved the Ministry of Information and Broadcasting’s proposal to introduce the Cinematograph Amendment Bill, 2019.

The Bill aims to tackle film piracy by making unauthorized camcording and duplication of films a legal offense and punishing the offender with a three-year jail term and a fine of INR 10 lakh ($13,655).

The US also planned a major crackdown on the piracy business by passing Protecting Lawful Streaming Act of 2020. The Department of Justice can bring felony charges against those who willfully and for commercial advantage or private financial gain illegally stream copyrighted material.

But piracy can’t be controlled purely on the back of regulation.

“But what we have to ensure is to create more bottlenecks by way of constant technological advancements. In the U.S., there is a constant effort to create tech barriers or to find methods to locate the source of the leak, or they employ auto self-destructive file sharing.”

Hollywood’s films have huge traction in the Indian piracy market. For example, Gal Gadot-starrer “Wonder Woman 1984” was released in India before the U.S. to prevent piracy.

Still, India was in the lead with 17 percent of all “Wonder Woman 1984” downloads on the first full day, Torrent Freak, a blog about copyright and piracy issues, reported in December 2020.

“Even Hollywood films like ‘F9: The Fast Saga‘, ‘Cruella‘, and ‘The Conjuring: The Devil Made Me Do It‘ have found their way online, and consumers of pirated content are watching them,” said Johar.

“In the pre-Covid-19 days, Hollywood films had started releasing in India on the same day or even a day before to combat rampant piracy. But with theaters shut, that window closed. Social media has made the piracy channels smoother and quicker.”

Johar believes India needs to quickly find more ways to discourage piracy, whether through technology, legal framework, a loyal fan base of films and stars.

Ahuja said they are constantly in touch with the authorities, who are mindful of the film industry’s concerns regarding piracy. But he said: “Ultimately, this menace is enabled by the consumers of pirated content, and it is they alone who have the power to eradicate it”.

“The root of the problem is that consumers do not really see consumption of pirated films as theft or a crime. There is also this perception that the film industry comprises ultra-affluent superstars and producers who will hardly feel the pinch if one downloads an illegal copy. Nothing could be further from the truth,” Ahuja said.

He says people forget how the industry comprises millions of workers — many of whom earn their livelihoods on a daily wage basis.