VIDEO: Some-Fin Fishy About This Dolphin 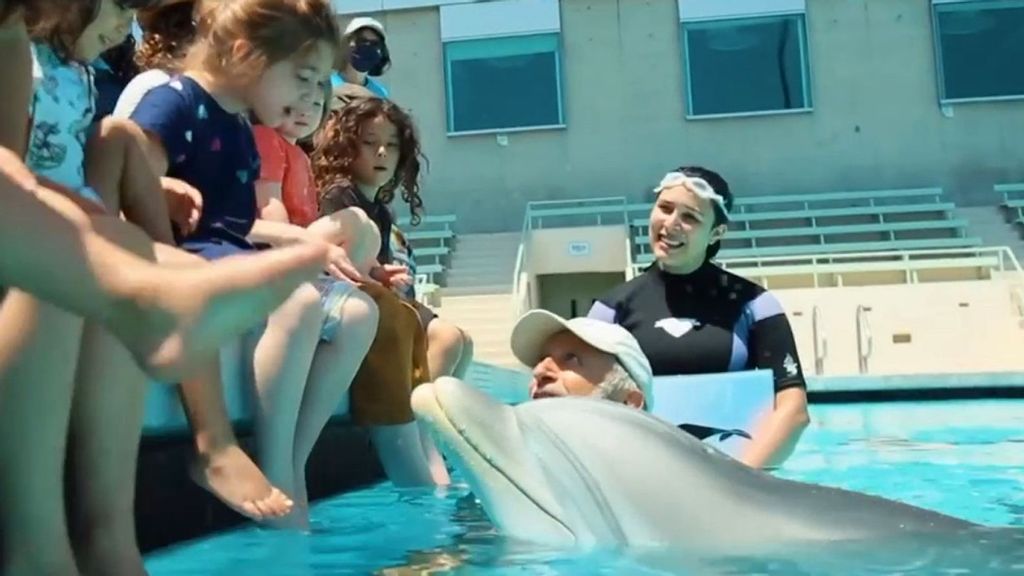 A robotic dolphin entertains the audience in a swimming pool in Los Angeles, California. (@EdgeDolphinSpirit/Zenger News)

An alternative to mammal shows with captive animals hs been developed by a tech firm, featuring animatronic dolphins.

Captive dolphin and orca shows have fallen from favor in recent years. But Edge Innovations in California believes the audience still wants this type of entertainment.

The company, which has worked on a number of theme-park attractions, including Pandora-The World of Avatar and Jurassic World: The Ride, said animatronics helps zoos.

Edge Innovations claims to provide a new form of marine entertainment that focuses on sustainability and being kind to the environment. (The transporting and breeding of marine animals has become more restricted.)

“Dolphin Spirit is the culmination of 30 years of work on movies and theme-park attractions on projects like Free Willy, Flipper, The Abyss, Disney’s Avatar Land and the Jurassic World ride,” said founder-CEO Walt Conti.

“The goal of this initiative is to reimagine the entertainment, educational and business potential of the marine animal industry,” he said.

“Real-time animatronics give us the opportunity to create free-swimming animals in all shapes and sizes, to behave like their real-life counterparts,” said designer Roger Holzberg.

“They are able to safely play with and even interact with performers and children. Imagine swimming with great white sharks, or in a Jurassic ocean.”