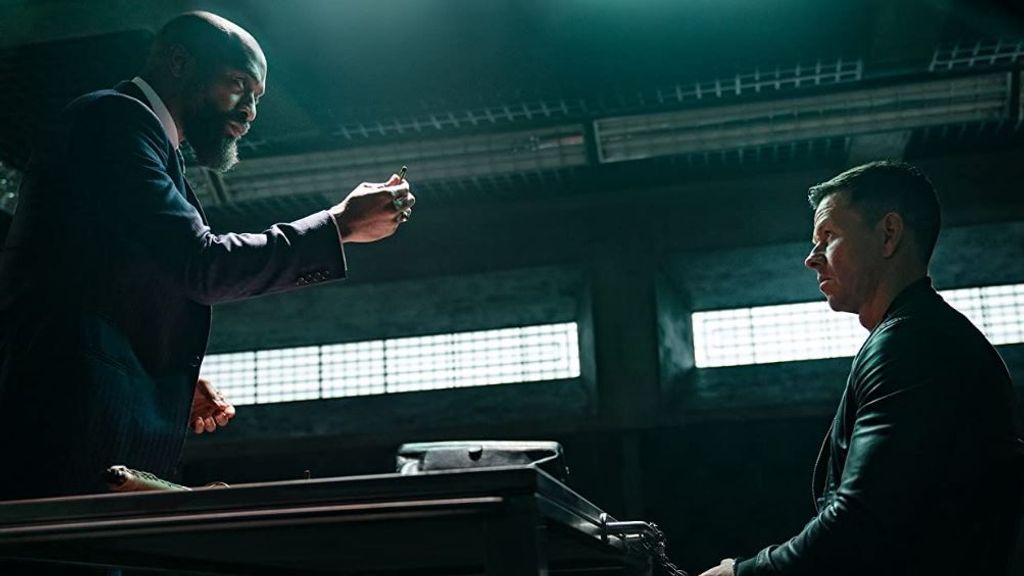 When Hollywood isn’t rebooting or remaking your favorite movies or television shows from 30 years ago, their idea for a quick cash grab is turning a popular book into a movie.

The idea behind the film “Infinite” originates from D. Eric Maikranz’s 2009 novel “The Reincarnationist Papers,” whose premise involved a world featuring heroes who live for centuries through reincarnation.

Paramount Pictures had the idea of producing a film that they described as “Wanted” meets “The Matrix.” While the idea of visual effects that could be pulled off with a mid-range budget will excite some moviegoers, others could easily be confused on what exactly such a hybrid would look like.

The worst thing you can do with a new property is create a convoluted story that tests the attention span of the average moviegoer. Paramount thought they could solve this issue by bringing in director Antoine Fuqua to control the medium, but as the release date got closer, the studio’s faith in the film diminished. So much so, the studio took everyone — including the director and the lead actor — by surprise by opting to release the film on Paramount Plus rather than in reopening theaters.

Unfortunately for moviegoers, it only takes them roughly 30 minutes to understand why “Infinite” wasn’t viewed as worthy of theaters.

The Story: The movie stars Mark Wahlberg as Evan McCauley, a self-medicated schizophrenic who struggles every day dealing with skills he has never learned and memories of things he has never experienced.

After a failed attempt to obtain drugs to help him deal with his mental struggles, a group called the “Infinites” explains to him that his memories are real and that Evan has lived multiple past lives due to reincarnation. The Infinites are a gifted few who are given the ability to be reborn with the memories and knowledge they have accumulated over centuries. The group needs Evan to unlock the answers in his memories as one of their own, Bathurst 2020 (Chiwetel Ejiofor), seeks to end all life on Earth to stop the endless cycle of reincarnation.

Evan must quickly unlock the secrets of his past lives or else everything will cease to exist.

Bright Spots: “Infinite” suffers from a lack of a coherent narrative, but it does offer many impressive special effects to distract you from the lack of story. Big fight scenes and exciting car chases involve a lot of reality-bending physics and massive explosions, all of which is great for those looking for some visual sensory overload.

The best actor in “Infinite” is Ejiofor as Bathurst 2020, the only one to completely embrace the absurd, over-the-top nature of the movie he’s in. Ejiofor is a borderline cartoon villain, with his mannerisms and flamboyant style. He goes in the complete opposite direction of his protagonist counterpart, Wahlberg.

The stunt choreography team deserves credit for impressive visual work, but that’s about the only other praiseworthy aspect of the film.

Weak Spots: The worst thing for an action movie to be is boring, and “Infinite” suffers from a bloated plot that never finds its footing. The premise of a world where a select few never die but are instead reborn is interesting enough, but the problem comes in the way the film goes about explaining how all of these plots interact.

Instead, “Infinite” opts to dive into word-salad expositions to make sense of what is happening; however, the crazy explosions and reality-bending special effects turn out to be just one big distraction from the lack of substance and overall excitement in the story.

Wahlberg is a polarizing actor, you either hate him or not, but as the lead, he doesn’t gel with the nature of the story by playing the straight man to the craziness of the world. You never buy him in the role of a fish-out-of-water who’s necessary to make this mythical world work. When it comes to the rest of the supporting cast, no one but Ejiofor brings a performance worth remembering.

The Takeaway: “Infinite” probably looked like a good movie on paper, but the execution dooms this film to be a one-off failure only fit for a streaming service. If the bar for this film was “Wanted-meets-The Matrix,” despite having some impressive set design, “Infinite” fails to provide any lasting impression to put it in the same category as either of those films.

See or Skip: If you already have the Paramount Plus service, then “Infinite” isn’t bad viewing for what you are already paying — but the film certainly isn’t worth adding $4.99 a month to your expenses.
(Edited by Matthew B. Hall and Kristen Butler)

«Previous Post
‘In The Heights’ Celebrates The U.S. Latino Community »Next Post
Scholarships For Filmmakers Seek To Improve Image Of Mexicans, Latinos