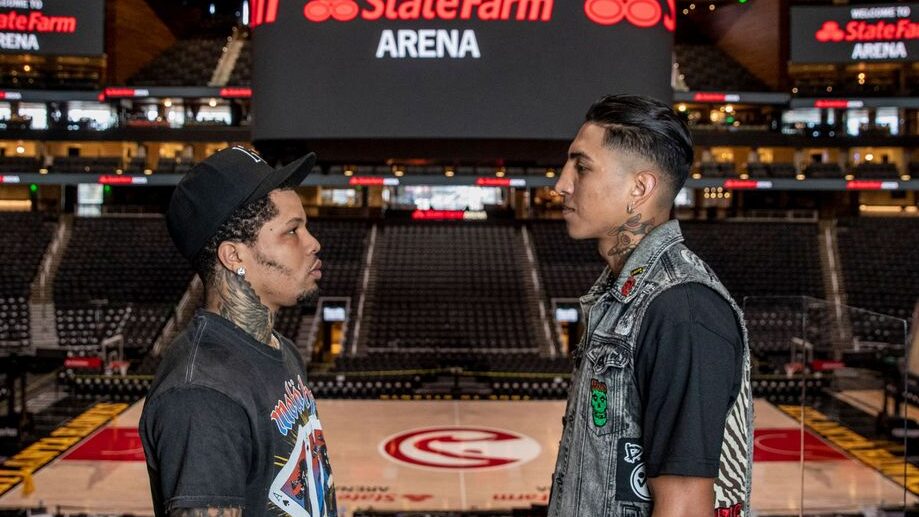 Atlanta transforms into Hotlanta to host this super lightweight clash for Barrios’ WBA Title. It’s been a long time coming, and Barrios has prepared for this moment almost his entire life. He headlines his first pay-per-view event against one of boxing’s biggest attractions, but the current champ is locked in and fully focused for the task at hand.

Davis, who scored one of the best one-punch knockout victories in recent memory last year when he stopped Leo Santa Cruz in the sixth round, moves up 10 pounds (to 140) to test Barrios.

The Barrios-Davis battle will be available on Showtime PPV.

Barrios shared his thoughts on the most important fight of his career and much more during a recent conversation with Zenger News.

Zenger: June 26th in Atlanta, you versus Gervonta Davis. Many view this as a home fight for Gervonta because of his drawing power in Atlanta. Does that concern you?

Barrios: Nah, it doesn’t bother me. At the end of the day, it will be the first time I will be fighting in Atlanta. I have always wanted to go there, so to be able to headline a big card like this is a dream come true for me. I’ve always heard great things about the city of Atlanta always supporting events. Overall, I’m excited.

Barrios: I guess you can say that. When this fight was brought up to me, I was taken by surprise. That was one of the last names I expected to hear. It was a huge opportunity that I couldn’t pass up. We jumped on it.

Zenger: Davis is coming up to your weight division. Are you approaching this fight as if you’re defending your turf?

Barrios: At the end of the day, “Tank” is jumping up [in weight] and challenging me, the champion. He is the challenger.

Zenger: We have done these interviews together for a long time, and you always felt this moment would come. Now that it is here, you’re a champion, headlining a PPV, is it everything you expected?

Barrios: Seeing the way everything is unfolding, it’s been great. At the press conference and doing all the media stuff in Atlanta a couple of weeks ago, seeing my name as the headliner on the big stage, it just showed me that everything I’m doing is going according to plan. I have pictured this for a long time. Back then I used to say, I just gotta stay focused and keep on doing what I’m doing. And now, everything is aligning how I envisioned it.

Zenger: We hear the phrase, don’t let the moment be too big. How can you mentally avoid that from happening during this fight?

Barrios: With every fight of mine, I treat it like it’s my biggest fight. This one is no different. We’re focused; I’m putting in the hard work every day out here with my team. I just gotta stay working. It’s right around the corner, so the work is done. We’re just tapering off and making sure I’m dotting my I’s and crossing my T’s.

Zenger: You never seem to get too high or too low emotionally while in the ring. Is composure one of your keys to victory on the 26th?

Barrios: I think it’s a very important part of it. His style presents a lot of trouble for people. He’s able to frustrate a lot of fighters because he’s quick and versatile. I think going into this fight, that will play a big factor on my part.

Zenger: Many see this as tall versus short, length versus speed and power. When you’re breaking Gervonta down, I’m sure you see it as much more than that?

Barrios: He is very versatile. Aside from him being explosive and fast, he has great ring IQ, so that’s something we have had to take into consideration. At camp, we have been getting ready for any fight possible, whether it’s fighting on the outside, whether it’s taking shots, fighting on the inside and brawling, this is the type of fight where we have had to prepare for any style.

Zenger: Do you feel like you have been able to emulate his style and stature through sparring?

Barrios: Yeah. We have been able to get all the necessary looks we’ve needed. We still got some weeks left of sparring, and we have everything set up already. I’m looking forward to putting in more work these next few weeks, but I have already done a great amount of work. I can’t wait until June 26 when I can put all of that work to use.

Zenger: I remember interviewing you when you were the first fight out on the card. What does the top feel like?

Barrios: (Laughing) Ah man, this feels great. This is everything that I have ever worked for unfolding. I’m looking forward to taking this opportunity to the next level. It’s hard to put into words the feeling I have had since this fight has been announced. I think “Tank” has an amazing team; so do I. The relationship me and [trainer] Virgil [Hunter] have goes a lot further than just boxing. Going into this fight with a team that I am completely comfortable with, that I have full confidence in, helps out. Having a team that I believe in and they believe in me is what the top feels like.

Zenger: What do you have to do on June 26 to keep your perfect record intact?

Barrios: I just gotta put everything that we have been working on in camp to use. We have an excellent game plan. I have a great team behind me, and I have confidence in my preparation. I know ‘Tank’ is doing everything that he can to be ready for this fight, so am I, and the best man is going to walk out the ring victorious on the 26th. I’m doing everything in my power to make sure that’s me.

Zenger: It’s been awesome watching you grow as a fighter and reaching headliner status. Congratulations and good luck. Any closing thoughts?

Barrios: I appreciate you, as always. We have been talking for many years, and it’s always a pleasure — especially now.