‘In The Heights’ Celebrates The U.S. Latino Community 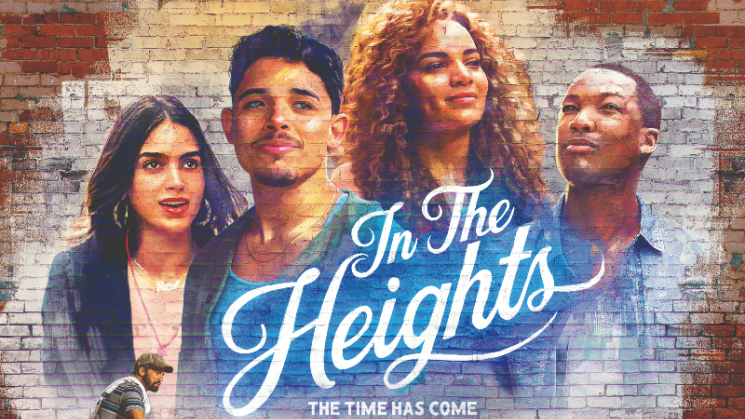 Melissa Barrera and Anthony Ramos are part of the cast of “In The Heights.” (Warner Bros. release poster)

Its premiere is scheduled for June 11.

But for the most part, Hispanic characters have been relegated to second-tier roles or stand-in as extras. Rita Moreno‘s casting in “West Side Story,” as the only real Latina in an updated take on “Romeo and Juliet,” speaks to this reality.

Brilliantly directed by Chu, the film follows a group of Dominicans in New York City’s Washington Heights neighborhood. However, the plot unites all Latinos, as it could be the story of any hardworking immigrant family.

While the Broadway musical focused on the life and aspirations of Nina and her conflict between fulfilling her academic dreams and leaving her barrio behind, the film pivots to the romantic storyline between the film’s lead characters, Usnavi de la Vega (Ramos) and Vanessa (Barrera).

The on-screen chemistry between Ramos and Barrera is pure magic.

In her film debut, Barrera steals every scene. A singer, actress and dancer, she is reminiscent of Moreno’s legendary talents. She is also bilingual.

“‘In the Heights’ is more than a movie to me,” said Barrera. “It represents honoring our people, honoring our culture, honoring generations of our ancestors that have long felt erased from the narrative. I love that the world will get to see our community in all our complexity, beauty and glory.”

The film brings to life the richness of the Latino experience in the United States.

“I’m so excited for all the world to see us, to see our stories, and to empathize with us. We’re so much more similar than we are different,” said Barrera.

The film opens with the title track of “In the Heights.”

Among the musical numbers are “96,000” in the community swimming pool, “When You’re Home,” with Hawkins and Grace dancing on the side of an apartment building with the sunset as a golden backdrop, and “It Won’t Be Long Now” with Barrera and Ramos.

The art direction and the clever, timely insertion of the Dreamers — undocumented immigrants brought to the United States as children — storyline, not part of the original Broadway musical, give the film added depth.

“In the Heights” is more than a movie. It is truly an experience, the collective narrative of a group that has long been ignored and intentionally left out of Hollywood’s storytelling machine,” said Barrera.

It is also a celebration of the U.S. Hispanic communities, their cultural heritage and powerful voices.

‘In the Heights,’ an Instant American Classic, Breath of Fresh Air first appeared on LatinHeat Entertainment.