DNA from a tooth and Ancestry.com links helped identify Massachusetts man whose decomposed body was found 27 years ago. 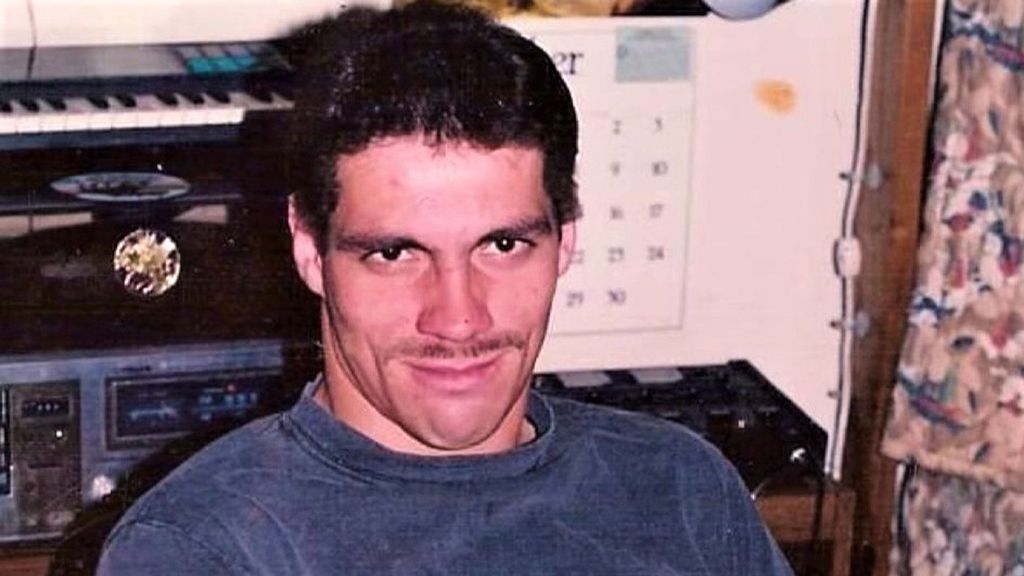 Jerry Lombard is believed to be the first victim of a 1990s serial killer. (Charlotte County Sheriff's Office/Zenger News)

A man whose decomposed body was discovered nearly 30 years ago has finally been identified after DNA testing on one of his teeth. He is believed to have been the first victim of the “Hog Trail Killer,” who was convicted of one murder but suspected in the killing of a number of men in the mid- to late 1990s in Florida.

Though Lombard was one of 17 siblings, “according to the family, Jerry was a bit of a drifter, and it was common for him to disappear for long periods of time,” the sheriff’s office said, so he had not been reported missing.

The sheriff’s office cold case team recently decided to link DNA that took years to process with genealogy resources to see if the identity could be determined.

In 2013, a forensic anthropologist working with the team submitted a tooth from “John Doe #1 — as Lombard’s remains were named — to the University of North Texas Center for Human Identification “for development of DNA and entry into the National Missing and Unidentified Persons and the Combined DNA Index System,” the sheriff’s office said.

After decades without much of a clue, and seven years for the DNA process,  “John Doe #1” was identified. The search began with little to go on.

“We didn’t have a missing person report [on him],” said Detective Mike Gandy, founder of the sheriff office’s Cold Case Unit. “He was a bit of a vagabond. He would come and go and do lots of traveling for long periods of time. Possibly that had something to do with why he was not reported missing.”

Lombard’s decomposed remains were found in the woods in northern Charlotte County on Feb. 1, 1994. No identification was found with the body.

Two years later, more bodies were discovered approximately 2,600 feet from the location of the first victim. Authorities concluded that the cases were similar in many ways, and Conahan was identified as a viable suspect, the sheriff’s office reported.

Conahan, who was 42 at the time, was convicted of the murder of one of the identified victims. He is currently on death row in Florida State Penitentiary.

“Due to circumstances surrounding the death of John Doe #1, Conahan is considered a suspect in this case,” the sheriff’s office said.

The search for identity

Over the years, the sheriff’s office “did a number of things to try to get Mr. Lombard identified, starting back when he was actually found,” said Detective Mike Vogel. “We had a clay model, a facial reconstruction of what he might look like. Nothing turned up. In 2020, we had another law enforcement agency on the West Coast do an updated, digital likeness, which provided us with a much more accurate appearance of what our unidentified person might have looked like.”

After that yielded no results, detectives “decided that the best thing to do would be DNA testing. We contacted the FBI, and they requested that we submit the DNA from our unidentified person.”

The DNA from the University of North Texas lab was submitted to the University of California Santa Cruz to determine if it was suitable for forensic genetic genealogy. It was then to Fulgent Labs for additional sequencing.

“They came up with enough DNA results to do a genetic search,” Vogel said. “That information was sent to a company called Gene by Gene. They uploaded it into all the available DNA databases, where there was DNA from millions of people like ancestry.com and 23andMe, those types of databases.

“I contacted one of the sisters who put me in touch with her other siblings, and after a little bit of back and forth, we determined that they did in fact have a missing brother who had not been seen since 1991 and 1992.”

The Cold Case Team obtained DNA samples from a sister, a brother and a son of Jerry Lombard. The samples were  sent to the Florida Department of Law Enforcement Laboratory, which reported in June “that the DNA sample from the son was a positive match to the DNA of John Doe #1, verifying the identity as Jerry Lombard,” the sheriff’s office reported.

The Cold Case Team is asking anyone who knew Jerry Lombard or saw him with Daniel Conahan to contact the sheriff’s office.

«Previous Post
VIDEO: Dog Abducted on Tape: How Hijackers Mugged A Woman For Her Pet Dog»Next Post
VIDEO: Some-Fin Fishy About This Dolphin