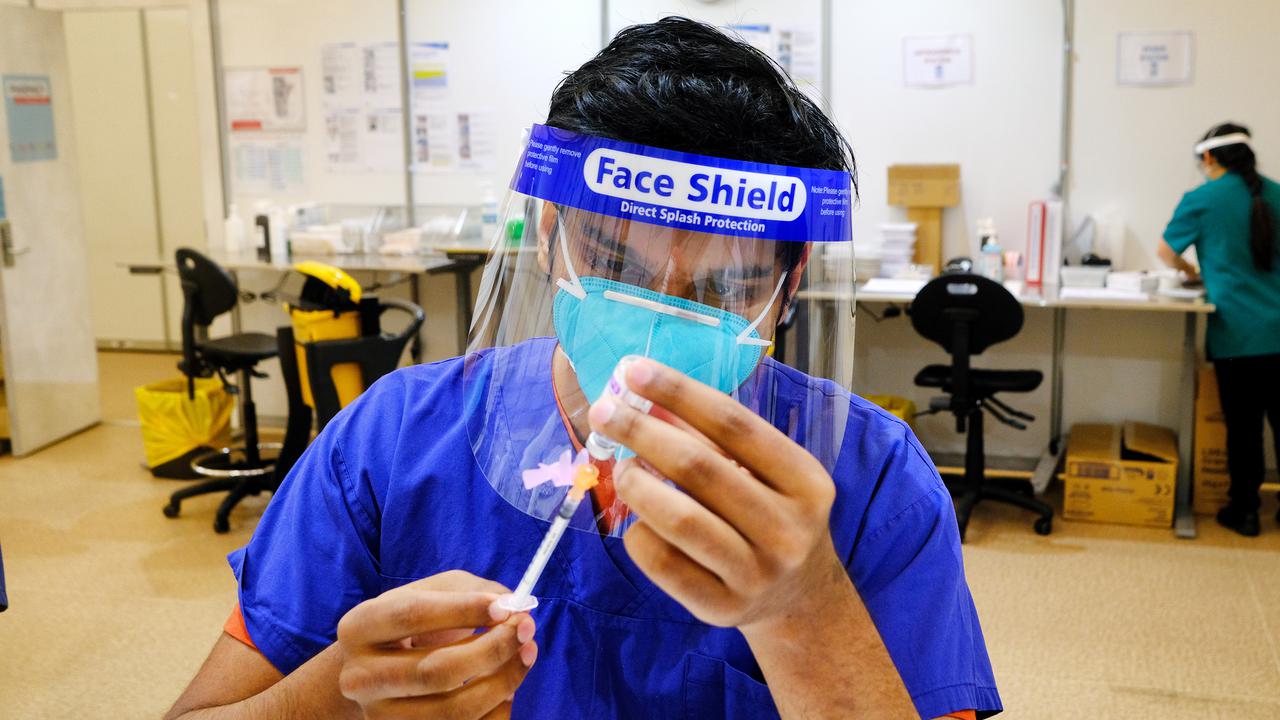 Australians are being urged to keep coming forward for vaccination in order to tackle Covid-19. (Luis Ascui/AAP Image)

CANBERRA, Australia — Medical experts say blood clots linked to Covid-19 vaccines remain extremely rare and Australians should continue to roll up their sleeves for the jab.

The Therapeutic Goods Administration reported a 52-year-old New South Wales woman died from a blood clot in the brain — the second person to do so out of 3.6 million doses of the AstraZeneca vaccine delivered.

Of the 48 confirmed and probable cases of people who have developed clots after receiving the vaccine, 31 have been discharged from hospital and are recovering.

Fifteen remain in hospital. It was unclear whether the woman had any underlying medical conditions. Extending his condolences, Chief Medical Officer Paul Kelly said Australia was getting very good at diagnosing and treating the condition.

“We will continue to learn from these unfortunate circumstances and will tie it into advice to all practitioners. “Professor Kelly said it was important people continued to come forward for vaccination as Australia sought to tackle Covid-19 and prevent serious illness.

“The AstraZeneca vaccine, with our large numbers of doses that are available here in Australia … is absolutely key in relation to us becoming safe from Covid-19 as a population here in Australia, and that remains the case,” he said.

In a statement AstraZeneca said the company was sad to hear of the woman’s death after receiving the vaccine.

“Our thoughts are with her family and friends.

“Patient safety remains AstraZeneca’s highest priority, and we continue to work closely with the Therapeutic Goods Association and other regulators around the world as they investigate these very rare cases.”

With companies examining ways to reward people to get vaccinated, a new survey from global consulting firm Accenture found three-quarters of Australians support the use of mandatory vaccine passports to access places or services.

Of those in support, almost nine in 10 believe a Covid-19 passport should be shown for traveling internationally, while 69 percent favor it being used domestically.

About three in five people backed the measure for attending large events including sport, concerts and festivals.

The city is no longer a declared Commonwealth hotspot. A couple who traveled from Victoria to Queensland through New South Wales five days after the shutdown started has tested positive.

Authorities are hopeful the risk of transmission is lower with the pair having contracted the disease about two weeks ago.

The Therapeutic Goods Administration is the medicine and therapeutic regulatory agency of the Australian Government. As part of the Department of Health, it regulates the quality, supply, and advertising of medicines, pathology devices, medical devices, blood products, and most other therapeutics.