Scott Morrison is now on his way to Cornwall in the U.K. for the G7 summit.
By Paul Osborne June 11, 2021
Facebook
Twitter
Linkedin
Email 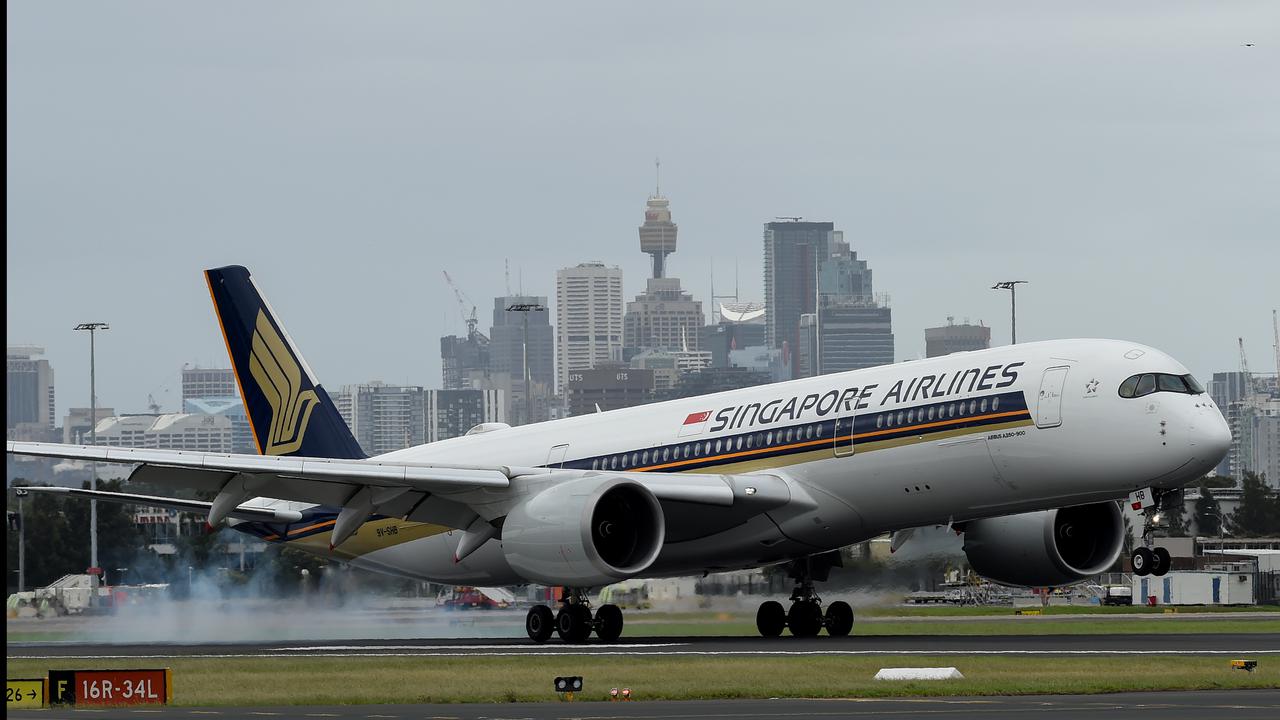 Australian PM Scott Morrison is on the way to the G7 summit after talks with Lee Hsien Loong in Singapore. (Bianca De Marchi/AAP Image)

CANBERRA, Australia — Australian Prime Minister Scott Morrison has got off to a flying start on a three-nation tour by reaching a deal with Singapore to work on the conditions for a travel bubble.

Morrison made a brief visit to Singapore on June 10 for talks with his counterpart Lee Hsien Loong.

It was the first stop on his way to Cornwall for the G7 leaders’ summit, as well as trade and security talks in London and Paris.

Over the past week, Singapore has recorded an average of just four local COVID-19 cases a day, with its vaccine rollout well underway, restrictions easing, and rapid test kits about to go on sale to the public in pharmacies. 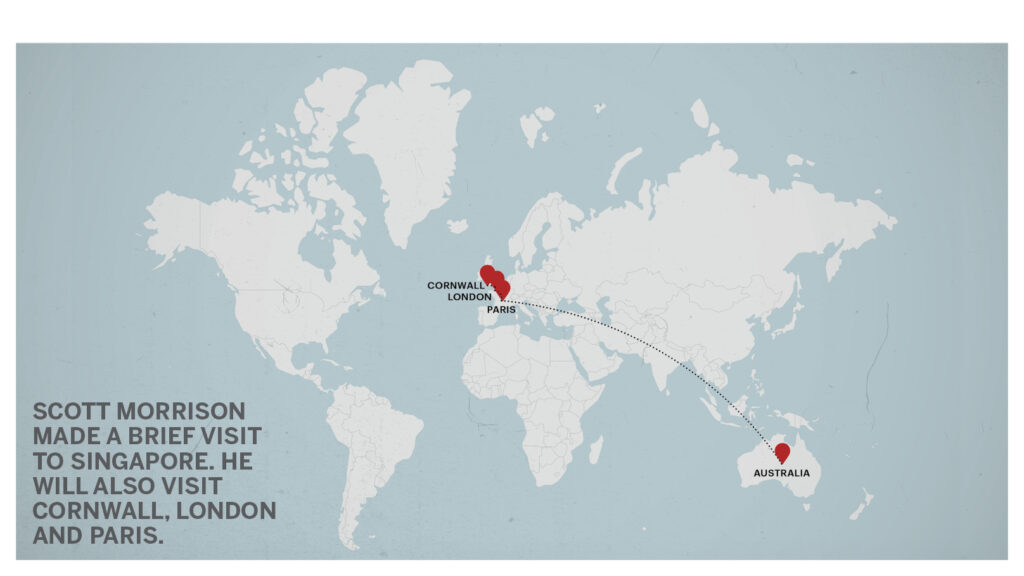 Morrison said systems will be put in place to enable the two countries to open up similarly to the Australia-New Zealand bubble “when we are both in a position to do so.”

“There is nothing impeding us — as we discussed — from getting on with the job of putting systems in place that will enable such a bubble to emerge between Singapore and Australia,” he said.

Students would get priority when the bubble was established.

Lee said at the joint media conference the world was now moving into the “next phase of the fight” in relation to the pandemic.

“The “safe and calibrated” air travel bubble would start with mutual recognition of vaccine certificates,” he said. “When ready, then we can start small with an air travel bubble to build confidence on both sides.”

The two leaders signed a memorandum of understanding on health care and health technology and agreed to start talks on a “fintech bridge,” which would make it easier to cooperate on financial technology.

As well, a “green economy” agreement will be negotiated, alongside greater collaboration on hydrogen and other low-emissions fuels.

Beyond the pandemic, Morrison and Lee discussed regional security, which will also be the focus of talks in Cornwall, London, and Paris.

At the G7, Morrison will attend three sessions — on health, the economy, and climate — and meet with U.S. President Joseph R. Biden, Japanese leader Yoshihide Suga, and Korea’s Moon Jae-in.

After the summit, he will meet with British Prime Minister Boris Johnson in London and hold talks in Paris with French President Emmanuel Macron.

“There has never been a more important time for Australia to be at the table with the world’s largest liberal democracies and advanced economies,” said Morrison said in a statement.

“The global pandemic and the recession it has caused means like-minded countries and businesses need to work together to lead the global recovery to restore lives and livelihoods. There is a lot at stake for Australia, the region, and the world.”

While Morrison is not expected to make any new commitments on climate, Australia is facing calls to support a so-called “carbon border adjustment mechanism” — a levy on the carbon content of emissions-intensive imports.

However, the prime minister considers any form of “carbon tariff” to be against Australia’s national interest.

Morrison said while tackling climate change would be a key issue, other focus areas would be preparedness for future pandemics, business-led growth, free and fair trade, and the international rules-based order.