Australian PM has completed a brief trip to Singapore ahead of a flight to Cornwall to meet with world leaders at the G7 summit.
By Daniel McCulloch and Paul Osborne June 11, 2021
Facebook
Twitter
Linkedin
Email 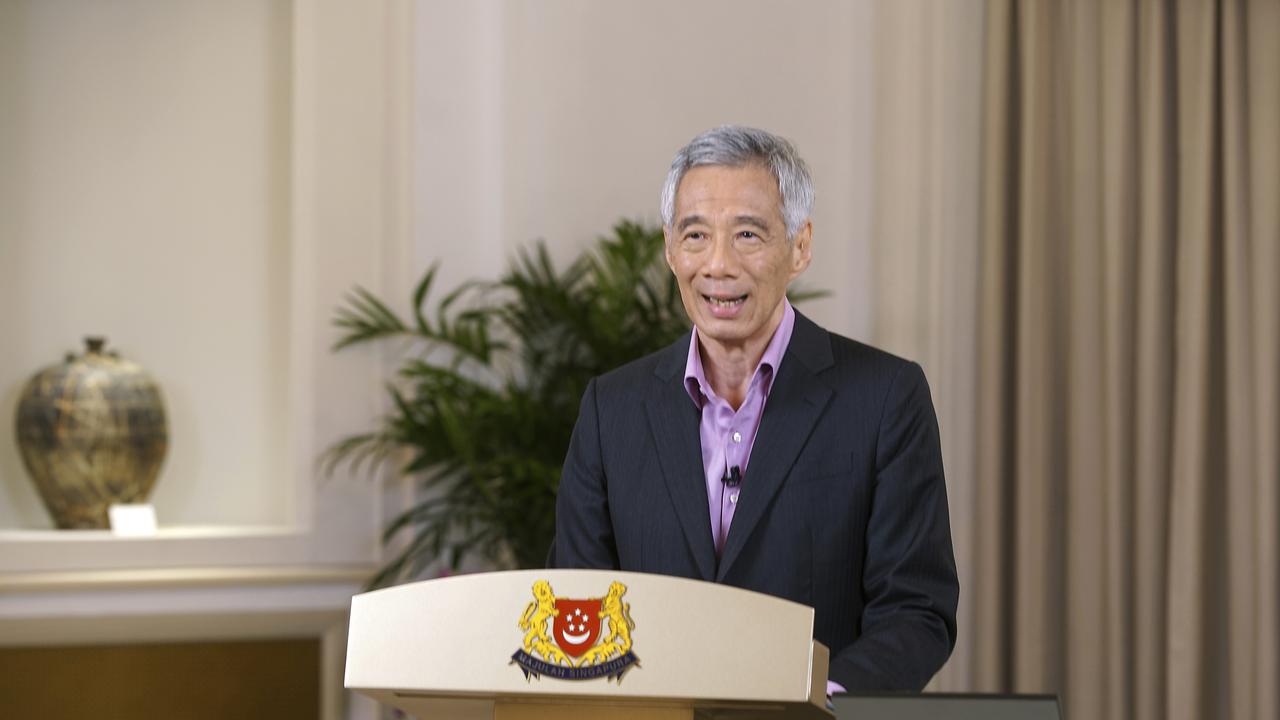 Scott Morrison met with Singapore's Lee Hsien Loong to discuss a travel bubble on his way to the G7. (AAP Image)

CANBERRA, Australia — Australia and Singapore have agreed to work on the conditions for quarantine-free travel during a brief leaders’ meeting.

Scott Morrison met with Singapore’s Lee Hsien Loong to discuss the travel bubble on his way to the G7 summit.

The pair discussed the ground rules for the travel arrangements, but Morrison warned it was still some months away.

“There is still some time before we reach that milestone,” he said.

“But nothing is impeding us getting on with the job of putting systems in place that will enable such a bubble to emerge between Singapore and Australia.”

Cabinet minister Peter Dutton hopes the travel bubble will be established as soon as possible.

“It’s not going to happen tomorrow, but let’s work toward it as quickly as we can,” said on June 11.

“Singapore is a great partner to work with, and they are very reliable, they have a great health system and are a great tourism destination, as has Australia for those tourists that want to get out of Singapore and come to a great country like Australia.”

Once the two-way travel ties are established, priority will be given to students from Singapore to return to Australia to complete their studies.

“International student numbers have dried up, so to see that start again will be important, and there are many Australian jobs that hang off that industry.”

The Singaporean prime minister indicated the travel bubble would not be approved until most populations in both countries had been vaccinated.

Australia lags behind Singapore in the vaccination process, having administered about 5.4 million vaccines.

Just under half the 4.7 million-strong adult population in Singapore has been fully vaccinated with both doses.

Over the past week, Singapore has recorded an average of just four local Covid-19 cases a day, with its vaccine rollout well underway, restrictions easing, and rapid test kits about to go on sale.

Morrison said systems would be put in place to enable the two countries to open up similarly to the Australia-New Zealand bubble “when we are both in a position to do so.”

At the joint media conference, Lee said the world was now moving into the “next phase of the fight” concerning the pandemic.

He said the travel bubble would start with mutual recognition of vaccine certificates.

“When ready, then we can start small with an air travel bubble to build confidence on both sides.”

The two leaders signed a memorandum of understanding on health care and health technology and agreed to start talks on financial technology deals.

A green economy agreement will also be negotiated, alongside greater collaboration on hydrogen and other low-emissions fuels.

Beyond the pandemic, Morrison and Lee discussed regional security, focusing on talks in Cornwall, London, and Paris.