None of the 21 people who got different vaccines have reported adverse effects.
By Praveen Pramod Tewari June 11, 2021
Facebook
Twitter
Linkedin
Email 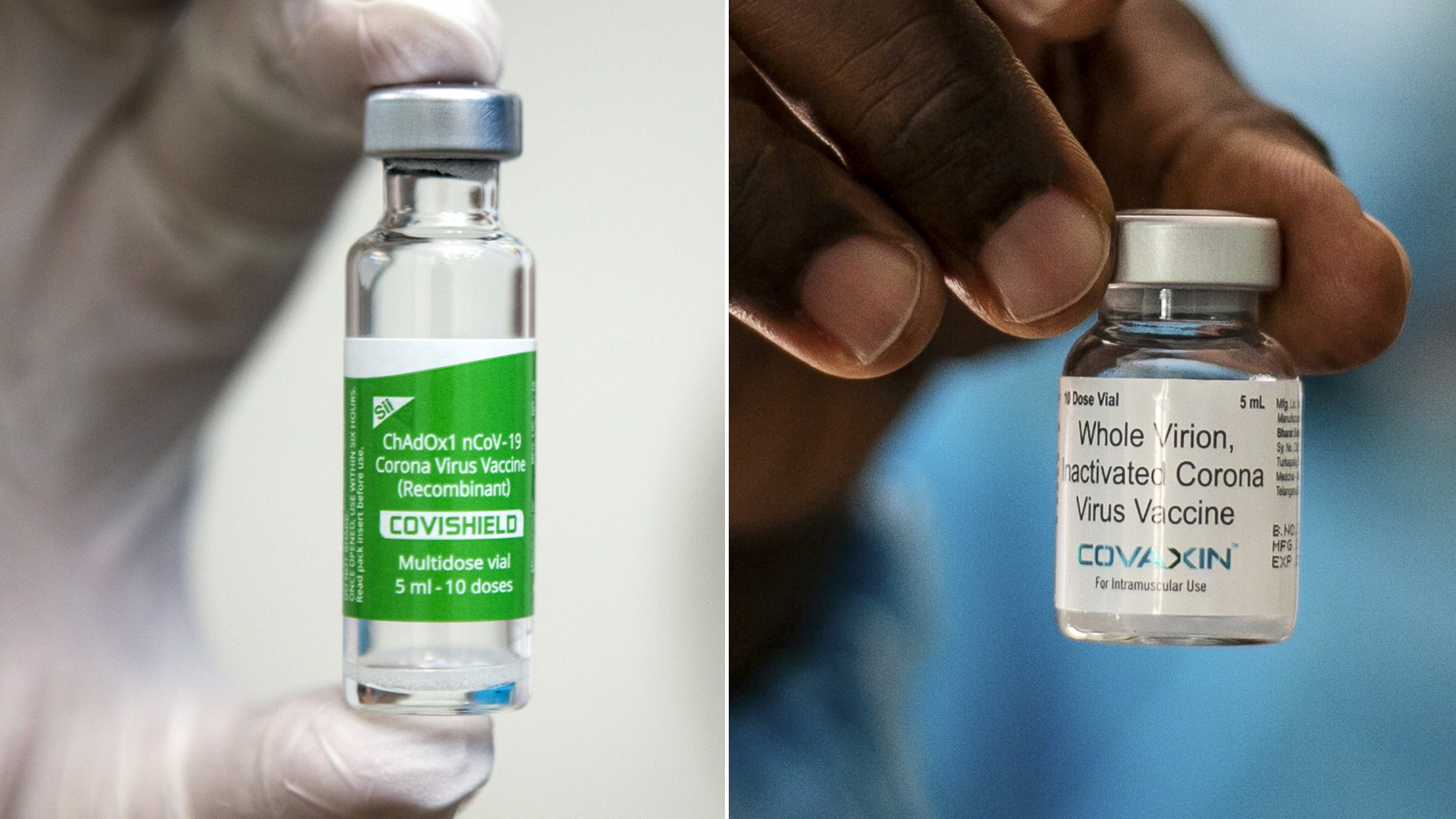 Both the vaccines — Covidshield (AstraZeneca) and Covaxin (Bharat Biotech) — are made with distinct technologies. (Ricardo Ceppi, Tafadzwa Ufumeli/Getty Images)

PUNE, India — Twenty-one Covid-19 vaccination mixing accidents in the northern Indian state of Uttar Pradesh have led to the country discussing the feasibility of administering a cocktail of vaccines.

The state government ordered a probe into the matter after the accidents gained domestic and international media attention. 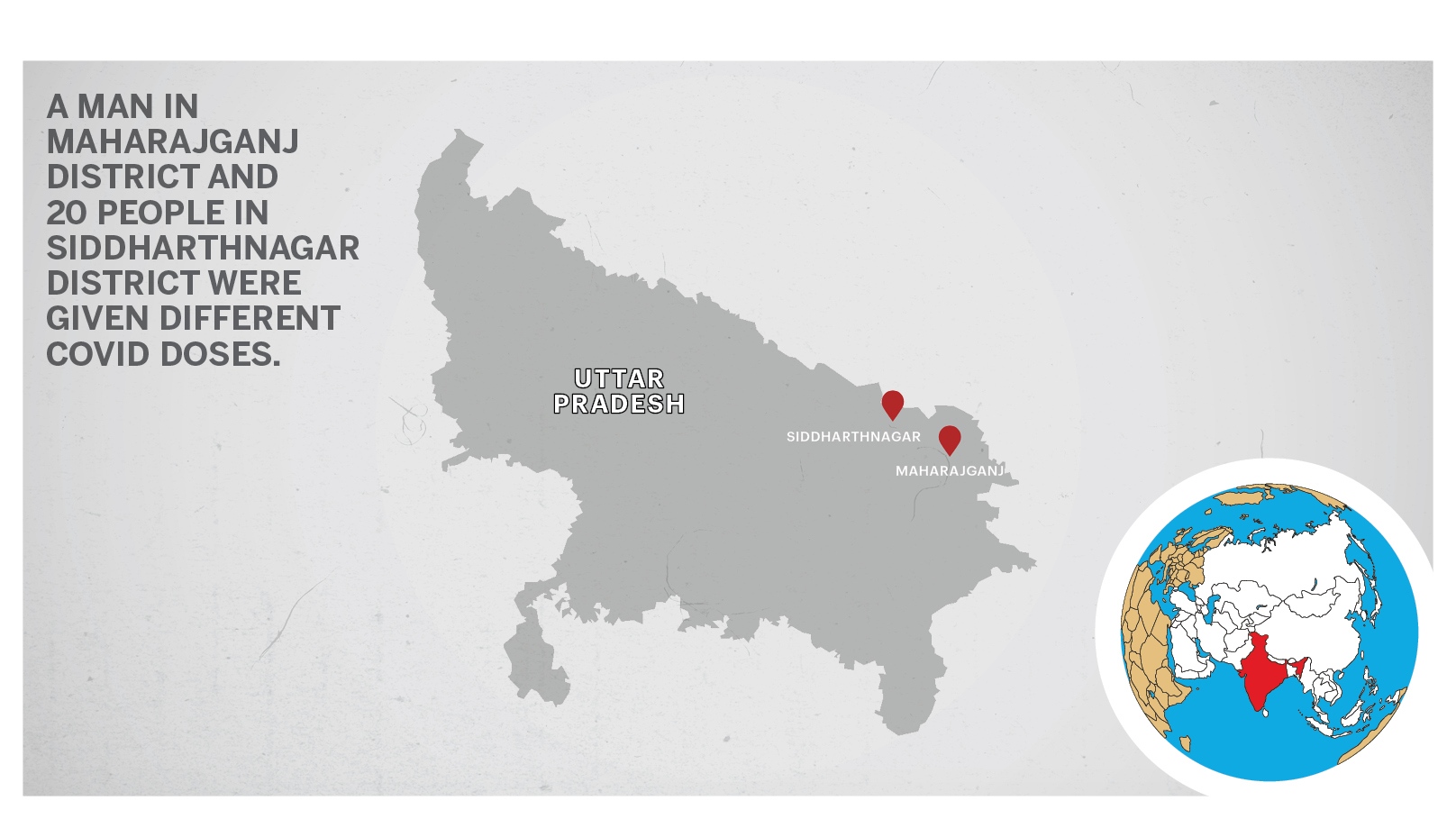 The Indian government is giving mixed signals over the topic of mixing vaccines.

However, V.K. Paul, the country’s Covid task force head, has clarified that centers should stick to administering the same vaccine for both doses.

On the goof up, Paul said: “The protocol for vaccination process is clear; the first and the second doses should be of the same vaccine. An investigation should take place in this matter.” He emphasized no change is expected anytime soon without sufficient data and trials.

Voices for and against taking chances

The conversation around mixing vaccines gained momentum in India when N.K. Arora, chairman of Covid-19 working group under the National Technical Advisory Group on Immunization, said on May 31, India would start testing a regimen that would include two different vaccine doses.

Indian doctors have, however, raised a red flag.

“Any vaccination trials are based on a set of protocols, and every time we try to deviate, there is a chance of adverse effects,” Rajeev Jayadevan, former president of the Indian Medical Association, told Zenger News.

“Unless there is substantial proof that it is safe and effective, it is too early to take a step in this direction.”

“We are not yet sure if we need a booster dose. Memory cells have been discovered in the case of Covid for up to a year, and we don’t know how long these memory cells will last.,” said Jayadevan.

“If one has good immunity, they wouldn’t need a booster and, hence, mixing is not required. However, all this can be concluded after a proper study.”

“Some foreign studies have shown that the mixing can boost immunity, but no such study exists in India,” said Rao. “Both the vaccines — Covidshield (AstraZeneca) and Covaxin (Bharat Biotech) — are made with distinct technologies, and their feasibility together needs to be studied thoroughly.”

Initially, the United States discouraged the mixing of vaccines. However, it allowed mixing under “exceptional situations”.

The U.S. Center for Disease Control and Prevention released a set of guidelines that interchangeability is not well researched, but one can go ahead with it in exceptional situations.

A Spanish study has claimed that the Covid vaccines of Pfizer and AstraZeneca have together resulted in a robust immune response.

This led to the country changing its policy to let people below 60 have a different dose of vaccine starting May 19.

Another study by researchers at the Oxford University showed that the combination of AstraZeneca and Pfizer-BioNTech vaccine showed promising results, with little or no side effects.

The study was published in the form of a peer-reviewed letter in the journal The Lancet. The final results of the trials for the same are to be out by June or July, though preliminary results suggest that mixing vaccines increases reactogenicity.

Countries like  Canada, Finland, and South Korea, are also thinking of mixing doses. A study published in The Lancet states how certain countries like Germany, France, Sweden, Norway, and Denmark are advocating for a mixed vaccination schedule.

The second wave of the pandemic has caused unparalleled chaos in the country.

Almost 10 percent of the deaths recorded across the world due to Covid were in India. The country has faced an acute vaccine shortage, with people and opposition political parties blaming the central government for lack of preparation.

Tejal Kantikar, associate professor at the National Institute of Advanced Studies, shared a Twitter thread explaining how the shortage of vaccines is expected to continue.

The All India Students’ Association started the hashtag #WhereAreVaccines, to bring the international community’s attention to the matter.

The Delhi High Court also pulled the central government over the shortage of vaccines, stating that “someone must be charged with manslaughter”.

In its judgment, the court said that humanity is in existential crisis, and the government has to handhold the manufacturers, as some people are sitting on the untapped potential of vaccines.