Western Australia has gone one step further than other states in extending vaccine eligibility to people in their 30s.
By Michael Ramsey June 10, 2021
Facebook
Twitter
Linkedin
Email 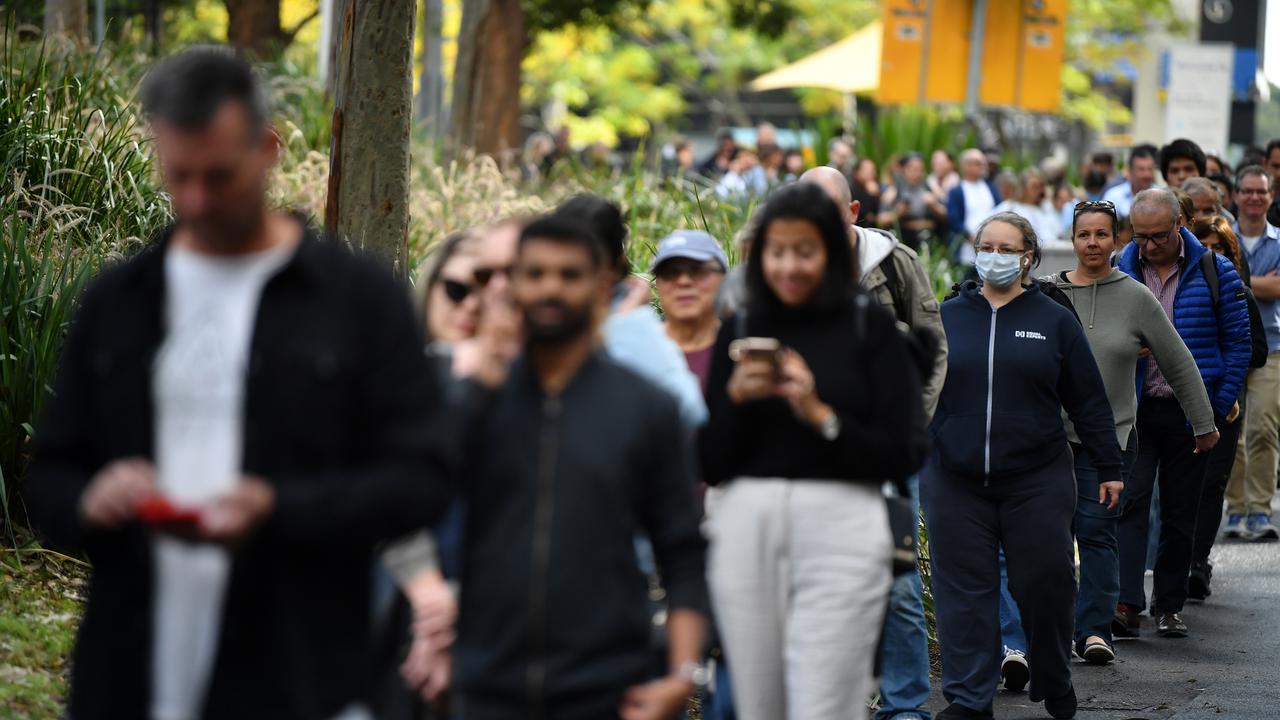 Under-50s are flocking to get the Covid-19 vaccine in Western Australia, unlike their middle-aged counterparts. (Joel Carrett/AAP Image)

PERTH, Australia — West Australians aged under 50 are flocking to get vaccinated against coronavirus, but their middle-aged counterparts are proving less enthusiastic.

The state’s rollout moved to its next phase on June 10, with people aged 30 to 49 receiving their first doses of the Pfizer vaccine at state-run clinics.

Western Australia has gone one step further than other states in extending eligibility to people in their 30s. 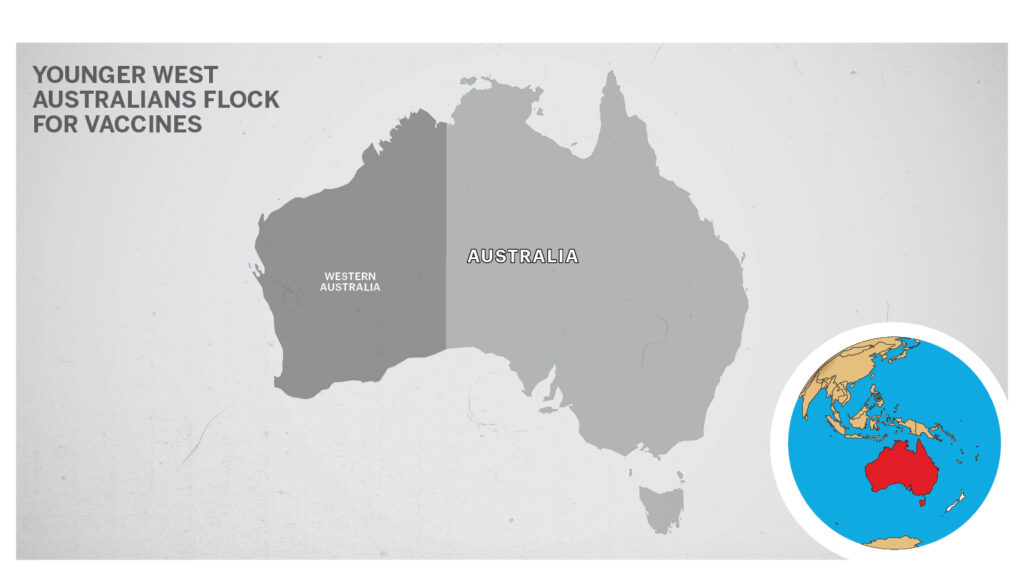 “There has been massive interest,” said Premier Mark McGowan at Claremont Showground, where 1300 people were set to receive the vaccine on June 10. “What we are trying to do here is get as many West Australians vaccinated as quickly as possible so we can safely get through the pandemic because we know there’s always the prospect of an outbreak.”

People aged 50 and over will continue to receive the AstraZeneca vaccine, which has been linked to isolated cases of a rare blood clot disorder.

This is consistent with national guidelines, which balance the potential effects of the virus against the low risk of developing blood clots.

Data from Australia’s medicine regulator suggests the risk of people getting the disorder after taking the jab is about one in 100,000.

But just 25 percent of people aged 50-59 in Western Australia have so far come forward to get their first AstraZeneca dose.

McGowan and Health Minister Roger Cook, who are both aged in their 50s, received their first AstraZeneca jabs last month.

“I have had my AstraZeneca jab, and I’m waiting for my second one,” said Cook. “The AstraZeneca vaccine is safe, and it is effective. I just urge everyone to do the right thing.”

About 60 percent of people aged over 70 in Western Australia have had their first AstraZeneca dose, as have 37 percent of those in their 60s.

Cook warned those in their 50s not to hold out for potentially becoming eligible for Pfizer in the future, saying the guidelines were in place for a reason.

“We want to maximize the availability of the supplies that we have,” he said. “We have got vaccines sitting on the shelves, and we want to get it in people’s arms.”

McGowan met with Scott Morrison on June 9e during the prime minister’s brief trip to Perth, where the pair discussed options for a purpose-built quarantine facility.

But the premier said Morrison had indicated the Commonwealth did not look favorably upon any of them.

“Each one of those has issues surrounding it, but we’ll continue to work on those sites, and we will look if there are any others,” he said. “But really, this is a matter that the Commonwealth needs to step upon.”