People not eligible for the Covid-19 vaccine are getting jabbed by, booking in with hyperlinks meant for health workers' family.
By Hannah Ryan June 10, 2021
Facebook
Twitter
Linkedin
Email 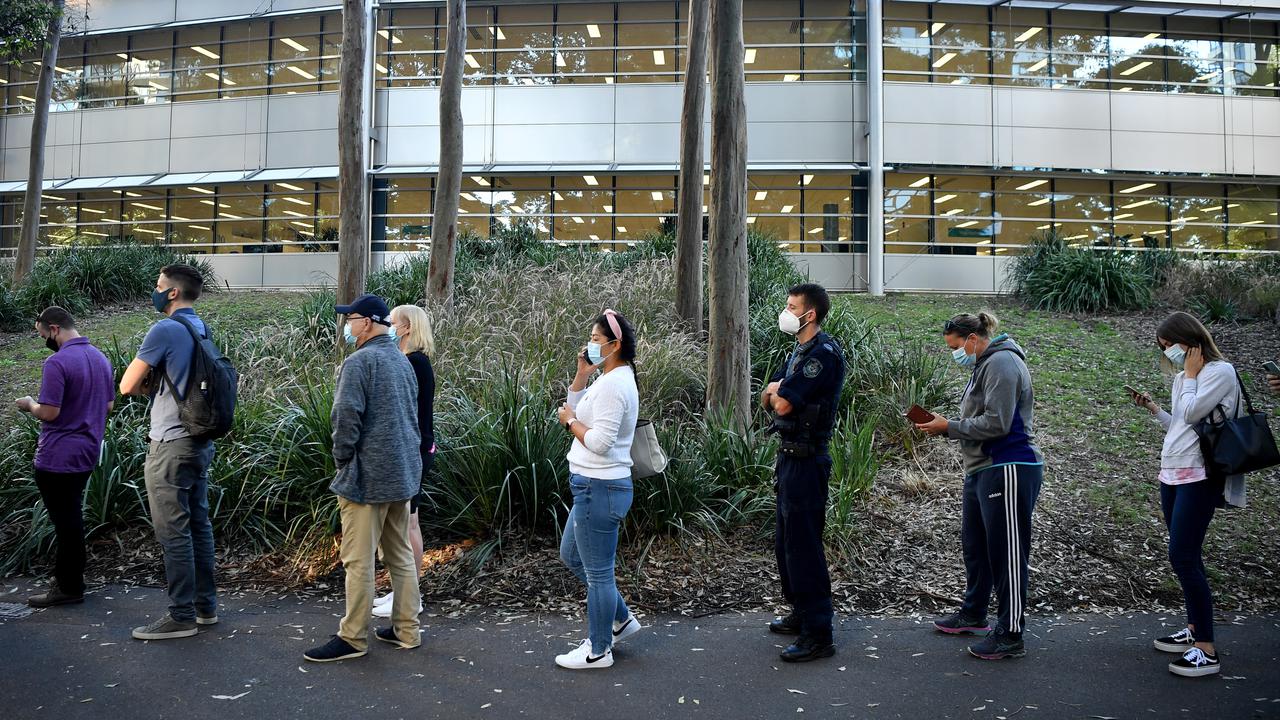 Some New South Wales under-40s have got the Pfizer jab despite not meeting vaccination eligibility criteria. (Joel Carrett/AAP Image)

Meet the New South Wales under-40s getting the Pfizer Covid-19 jab despite not meeting the state’s vaccination eligibility criteria.

Officials have spoken to several people who have managed to book a vaccine appointment using hyperlinks circulated to frontline workers for their household contacts — despite not being eligible themselves.

P, a 31-year-old Sydney resident, claimed he booked his jab using a hyperlink from a family member who works in a laboratory also used by hospital workers.

When he went to a hospital clinic to receive the vaccination, he said he only had to show a Medicare card and was not asked for proof of eligibility.

“Boomers had their chance,” P said.

“They didn’t want it. I need to get back to eating squid in the Mediterranean, and we need the vaccines to do it.”

J, a 27-year-old hospitality worker, is booked in to get his Pfizer jab at the vaccination hub at Sydney Olympic Park in a few days’ time.

An eligible friend passed on a booking link, he said.

Asked if he had reservations about booking, he replied: “None at all.”

“I want the world to open up, and I want to be able to live overseas.”

J has family members who are eligible but hesitant, and he hopes his jab may allay their fears and show them there’s nothing to worry about.

Sean’s method of getting the Pfizer vaccine was even more straightforward.

The 27-year-old tagged along when his father went to get his vaccination at the hub at Sydney’s Homebush a few weeks ago.

“I said, oh, I’ll show up and see if I can get AstraZeneca,” Sean said.

“I told the health administration workers that I was flat out ineligible, and I was just trying my luck.

“They were like, ‘Oh, we’ll see what the computer says.”

Administration workers then went through a booking form with Sean. When the form asked which eligibility criteria he met, he said: “Mum’s a nurse.”

While Sean’s mother is a nurse, she’s currently on long-service leave. He was not asked for further details.

He got his Pfizer jab that afternoon.

Sean feels “slightly vexed” about getting the vaccine but noted the vaccine vial was set to expire at 6.34 pm that evening, and the hub had openings in its schedule.

“I don’t feel incredible about it, but I’m not beating myself up about it either,” he said.

New South Wales Health vaccination clinics are supposed to only cater for people in Phase 1a or 1b or those aged 50 years or older.

Those aged 40 to 49 but not otherwise eligible can register their interest for the Pfizer jab and are contacted when appointments become available.

Premier Gladys Berejiklian said on June 9 and she wouldn’t yet open up expressions of interest for the vaccine to those in their 30s.

The state doesn’t have enough doses for the one million people in their 40s and first wants to vaccinate higher-risk people, she said.

A New South Wales Health spokesperson claimed that the vaccine rollout requires the support of the public to ensure it is successful, and the most vulnerable members of the community should be vaccinated first.

“Everyone who attends any New South Wales Health Covid-19 vaccination center is assessed for eligibility in person on the day of the booking by a qualified health professional and undergoes a robust process of identification,” the spokesperson said in a statement.