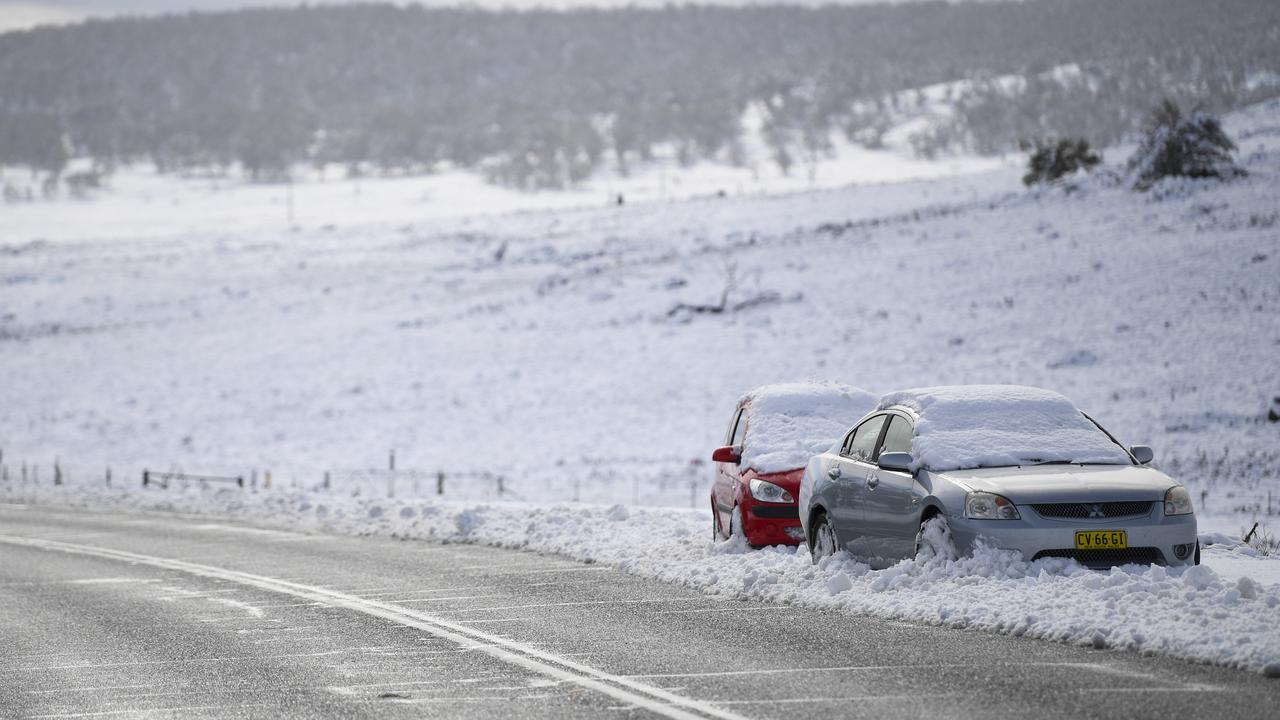 ORANGE, Australia — Orange has been painted white, and Sydney is shivering through its coldest day in more than 25 years as much of eastern Australia is shrouded in a winter storm.

A cold air mass has blown in from Antarctica, sending temperatures plummeting and widespread snowfall all the way up to the Queensland border.

Towns near Orange in New South Wales have been turned into a “winter wonderland,” meteorologist Gabrielle Woodhouse said in a statement.

“The Central Tablelands is where you’re seeing some of the most significant snowfalls, and there’s some pretty impressive imagery out there,” she said.

Orange appears to have copped up to 15cm of snow, while half a meter was dumped on the New South Wales slopes.

Even places like Inverell and Coonabarabran, which are only around 500m above sea level, have received a dusting.

“It’s quite pretty to look at, but it can also pose quite a risk,” Woodhouse said.

More than 500 homes across the state are without power due to weather damage, a number of roads have been closed, and temperatures are generally at least 10 degrees below average.

“Last time we saw widespread snowfall up through the northern tablelands was during an event in July 2015, so it is relatively unusual,” she said.

Later this week, strong winds and heavy rain forecast for the south coast were expected to add to the chill factor.

The meteorologists claim that due to wind and snow combined, there is a high possibility of experiencing tree branches and power lines coming down.

“It poses a high risk to the community and something that we should be monitoring, and take some steps ahead of the winds developing,” Woodhouse said.

It is so far the coldest day in Sydney for at least 25 years, potentially since 1984, Woodhouse claimed.

The Australian Bureau of Meteorology has tweeted about the same on their official Twitter handle. “While Sydney didn’t get to experience the snow that’s spread far & wide around the region, it hasn’t missed out on the cold! After a pretty miserable day, the city (Observatory Hill) only managed to climb to 10.3 degrees, the lowest maximum since 1984,” read the tweet.

However, the icy blast will begin to move offshore during June 11, likely meaning June 10 is the last chance for snow chasers to catch the spectacle outside the alpine regions.