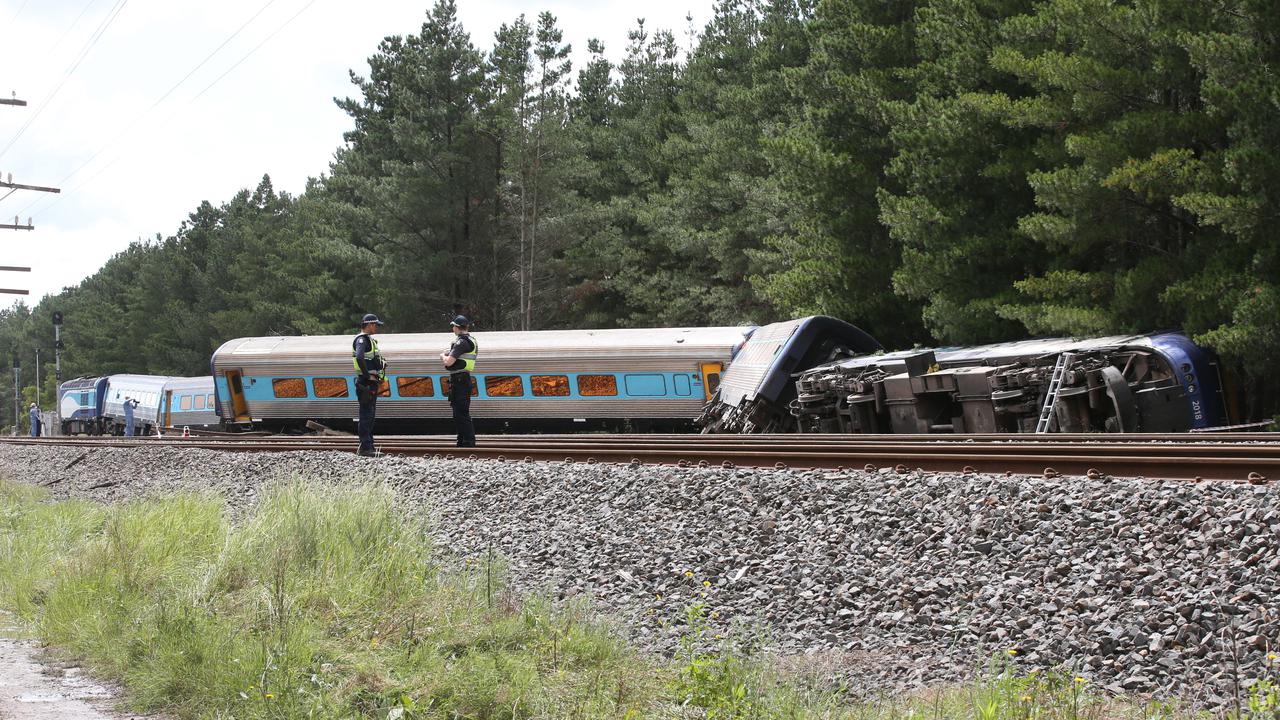 A train at eight times the limit derailed in the north of Melbourne, killing two crew members and injuring eight people. (AAP Image)

MELBOURNE, Australia — A train that derailed in Victoria, killing two crew and seriously injuring eight people, was traveling at more than eight times the speed limit through a re-routed section of track.

The Melbourne-bound XTP service from Sydney entered a rail loop at Wallan at almost 130km/h despite a 15km/h (9.3 miles/h) speed limit in place through a re-routed section of track.

Meintanis had boarded the train shortly before the derailment to help Kennedy navigate a 24km section of track where signaling equipment had been damaged in a February 3 fire.

On the day of the derailment, the track through Wallan had been manually reconfigured to divert trains through a loop. The speed limit was reduced from the usual 130km/h track limit to 15km/h into the loop and 35km/h out of the loop.

An interim report released by the Australian Transportation Safety Bureau reveals analysis from the train’s data recorder showed the train entered the loop at the higher track speed. The driver had braked between 50 and 150 meters beforehand.

“This slowed the train a small amount before it entered the turnout traveling at a speed probably between 114 and 127km/h,” the report said.

“The train was not able to negotiate the turnout to the crossing loop track at this speed and derailed.”

The Australian Transport Safety Bureau is Australia’s national transport safety investigator. It is the federal government body responsible for investigating transport-related accidents and incidents within Australia. It covers air, sea and rail travel.

There were 155 passengers on board. Kennedy and Meintanis were among nine crew.

A full report on the derailment is not expected until early next year, with a number of issues including survivability and crashworthiness standards still being investigated.

The crash prompted a series of safety actions taken by the Australian Rail Track Corporation and New South Wales Trains.

The latter has changed procedures to include confirmation by train crews prior to starting their day that they have received critical safety information.

The Australian Rail Track Corporation is a Government of Australia-owned statutory corporation, established in July 1998, that manages most of Australia’s interstate rail network.