China Investing In South America During The Pandemic 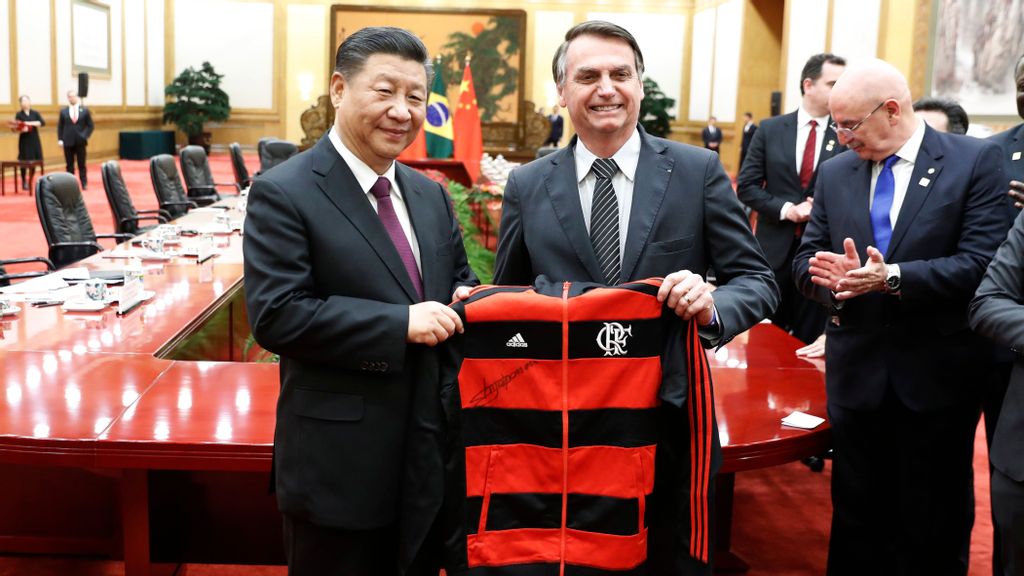 PORTO ALEGRE, Brazil — Amidst the COVID-19 pandemic, China has accelerated its investments, positioning itself as one of the countries that have gained the most economic benefits, mainly by investing in South American countries.

In Bogotá, Colombia, more than 7 million inhabitants await the construction of the Metro line anxiously, a megaproject promised by the government almost two decades ago that never materialized due to a lack of funding and political problems.

“Bogotá does not have a metro. It has been in the talks for over two decades now. There have been studies to show its viability, companies have been hired and fired, and still, the project has led to nothing. In 2019, the government signed a tender with a Chinese company. This will be the largest and most important investment that China has done in Colombia,” said Anne Oduber Peñaloza, an economist from the Pontificia Universidad Javeriana.

The contract was signed by the APCA Transmimetro group, which is made up of China Harbor Engineer Company Limited and XiAn Rail Transportation Group Company Limited. The Metro’s construction will begin at the end of the year and will be 100 percent electric. The estimated investment is about $5 million. The elevated Metro line will have a length of 24 km and allow Colombians to cross their country’s capital in less than 30 minutes. It is estimated that the Metro will carry 1 million users each day.

Another Chinese investment cited by Oduber Peñaloza is the exploitation of natural resources, particularly gold. “China competes for mining rights with Canada and the United Arab Emirates. These countries have shown an interest in gold exploitation in Colombia,” she said.

She considers these investments favorable for the improvement of the country’s economy. “Ten years ago, Colombia suffered from a massive drop in foreign investment. The Metro construction will generate more jobs for the population in eight years,” she said.

Official data from the Colombian China Chamber of Investment and Commerce (Cámara Colombo China de Inversión y Comercio, CCCHIC) show that the number of Chinese companies in Colombia has quadrupled in the last four years, from 20 firms to 80 now.

Another South American country in the spotlight is Brazil. The president of the Brazil-China Chamber of Commerce and Industry (Câmara de Comércio e Indústria Brasil-China, CCIBC), Charles Tang, expects China to invest $6 billion in new economic ventures just in 2021.

“Logically, we expect this number to increase according to the 5G competition, the fiber optic connection projects in the country, and the construction of new railways, such as the Bioceânica railway and the Rio-São Paulo bullet train,” said Tang.

Among the large Chinese companies that intend to launch a Brazilian branch, with a particular focus on energy, infrastructure, and agribusiness sectors, are China Southern Power Grid, Huaneng, Huadian, Shanghai Electric, SPIC, and Guodian.

According to Gustavo Inácio de Moraes, a professor of Economics at the Pontifical Catholic University of Rio Grande do Sul (Pontificia Universidade Católica de Río Grande do Sul, PUCRS), the main motivation for Chinese investors in Brazil is the low value of their currency, the real. “Investing in Brazil is cheap, not only for Chinese investors but for any international ones. China has taken advantage of this fact so that they can move forward with an improvement to their economy,” said de Moraes.

The Brazilian economist estimates that the infrastructure sector will receive significant investments from the Asian country. He cited, for example, the construction of new roads and modernized ports that will help Brazil make eastern exports viable.

Chile was the first South American country to establish diplomatic relations with China in 1970 and the first to sign a bilateral free trade agreement in 2006. According to the president of the Chilean Chinese Chamber of Commerce, Industry and Tourism (Cámara Chileno China de Comercio, Industria y Turismo, CHICIT), Juan Esteban Musalem, in the last four years, there has been an aggressive expansion of Chinese corporations, both public and private, that have settled on Chile to acquire critical assets or expand their business in the region.

“These inversions have been mainly concentrated in the mining, renewable energy, and financial sector. There is also a tremendous interest in tourism opportunities, as well as infrastructure and agribusiness sectors. Among the most notable Chinese companies in Chile is one of the largest wine companies in all of China, the Yantai Changyu Pioneer Wine,” said Musalem.

Other equally essential sectors in which the Chinese have made their presence known are telecommunications and the automobile sector. The companies BYD and Yutong have already introduced electric vehicles, particularly buses.

Peru’s capital, Lima, has the most prominent Chinese company in South America. Peru has many Chinese immigrants and people of Chinese descent, with around 1.3 million living in Lima.

The Peruvian economist Hugo Meza says that “the economic and trade relations between China and Peru go beyond the bilateral convention established in the 1980s. It is a mutual exchange relationship that not only is fruitful but has also forged strong cultural ties between the countries.”

Since April 2009, Peru has a free trade agreement with China that increased trade and tourism relations in both countries. Among the main products Peru exports to China are frozen fish and fresh grapes.

“China imports a lot of cotton from Peru. Pima cotton is considered the second-best worldwide. Furthermore, the Chinese also import alpaca fabrics, paper, marble, and wood,” said Meza. Another highly coveted sector for the Chinese is mining and energy.

As a result of these investments, China is set to see significant economic advances in South America for the next few decades. Unless there is a massive influx of investors, China will displace regional investors and companies from other countries, such as the United States.