A poll of more than 16,000 people in 16 U.S. allies shows restored confidence in the U.S. but poor marks on COVID. 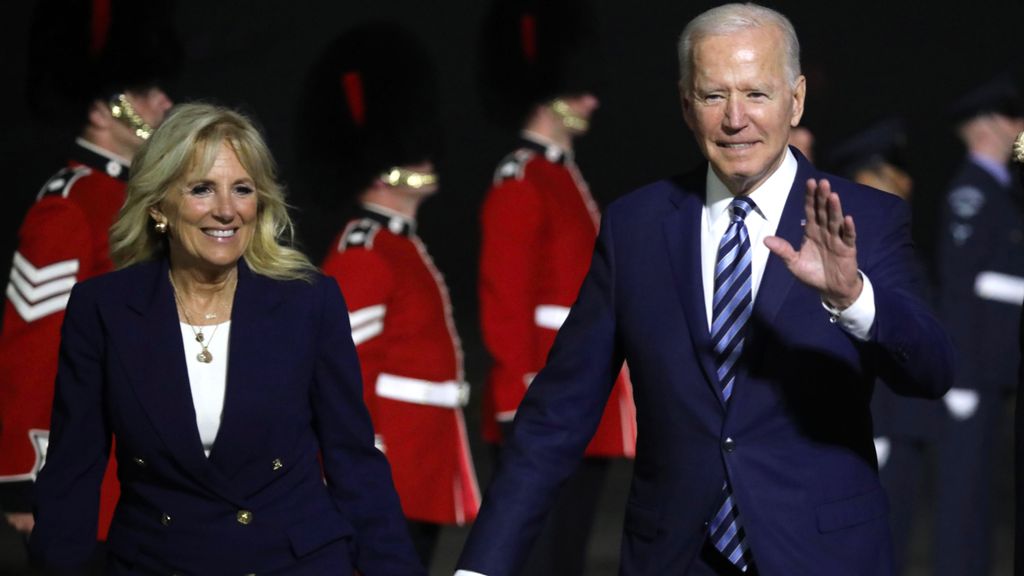 But the research, conducted in 16 countries, finds that a majority of people in 16 key U.S. allies did not call the country “a good example of democracy” and gave it continued poor ratings for its handling of COVID.

It shows that Biden is far more popular internationally than Trump, and that international confidence among key U.S. allies that the U.S. will “do the right thing” has soared.

The poll found 77 percent of people described Biden as “well qualified,” compared to 16 percent for Trump; while 90 percent of people called Trump “arrogant” and 72 per cent “dangerous,” Biden scored 14 and 13 points on those descriptions respectively.

Trump had been described as a “strong leader” by 46 percent, but Biden is rated “strong” by 62 percent.

The poll shows 17 percent of people expressed confidence in the U.S. president in 2020, when Trump was in office. In the 2021 study, after Biden’s inauguration, that rose to 75 percent. Similarly, those expressing a favorable view of the U.S. increased from 34 to 62 percent once Biden took office.

There is a major contrast between Biden and Trump as world leaders, the polls show. In each of the 16 countries, over 60 percent say they have confidence in Biden to do the right thing in world affairs.

Pew had asked the same question in 2020 in 12 of the 16 countries. In those dozen countries, 17 percent had expressed confidence in Trump to “do the right thing,” while Biden scored 75 percent.

In Belgium, for example, confidence in the president jumped from just nine percent last year —the lowest in the survey — to 79 percent. In Sweden, it went from 15 to 85 percent.

And among the 12 countries, a median of just 34 percent had a favorable overall opinion of the U.S. last year; a median of 62 percent now hold this view.

In Germany for example, Bush had 31 percent favorability rating in 2008. The next year 64 percent of Germans gave Obama a favorable rating.

At the end of the Trump presidency, his approval rating in Germany was on 26 percent, with Biden this year scoring 59 percent — the same 33 point gap as between Bush and Obama.

Across the 16 allies, approval ratings for the U.S. as a whole were up from 34 percent last year to 62 percent this year.

But there is an age gap in approval from America: over-65s are significantly more likely than 18 to 29-year-olds to have confidence in Biden to do the right things in foreign affairs, Pew said.

Pew said the increased confidence levels in Biden appeared linked to his decision to rejoin the Paris Climate Accord and to express confidence in multilateral policy arrangements, such as NATO and the World Health Organization, which Biden rejoined after Trump pulled out in 2020.

But it also found a widespread perception that the U.S. primarily looks after its own interests in international affairs. In half the countries survived, a majority said the U.S. does not take their interests into account when making decisions about foreign policy.

There was also a warning about international attitudes on America’s status as a beacon of democracy, with 57 percent of those polled saying the U.S. “has not been a good example of democracy in recent years,” and 23 percent saying it had never been one.

In Canada, 60 percent of people said their nearest neighbor’s political system does not work well or at all, with 53 percent saying the same in the U.K.

That finding came in the wake of a 2020 election which Trump has never conceded he lost — an unprecedented situation in American history — and with consistent majorities of Republican voters in polls saying they believe his claims of widespread electoral fraud, despite those claims being consistently rejected by courts including the Supreme Court.

In France, 53 percent of people surveyed say that the U.S. used to be a good example but has not been in current years. In South Korea, that number jumps to 73 percent.

In many countries including Greece, New Zealand, France and Germany, 27 percent of people surveyed said the U.S. was never a good example.

In about half of the countries surveyed, adults under 30 years old were more likely to think American democracy has never been a good model for other countries, Pew said. In Sweden, 42 percent of 18- to 29-year-olds said that; in Germany it was 41 percent.

Those who described themselves as being on the left were more likely to say the U.S. political system does not “work well.”

According to Pew, one of the reasons for the low ratings of the U.S. in 2020 was the perception that it was not handling the COVID-19 pandemic well.

This year, just 37 percent of those surveyed said the U.S. had done a good job with the pandemic — a dramatic increase from 12 percent in 2020 but still far below majority approval.

Only in Italy did a majority now give the U.S. a positive rating for its handling of the virus, with the figure going from 18 percent last year to 59 percent now.

Ratings had soared since 2020, but still put the U.S. far down the international league table on its response to the virus, with Germany remaining the highest-rated.

One academic said the U.S.’s continued low standing relative to other countries was likely to be a reflection of a perception of widespread failure to take the vaccine, a situation found in few of the 16 countries, some of which are far behind America in their ability to supply doses.

And the U.S. is still the country which has recorded the most deaths and cases of the disease in total, despite India and Brazil both experiencing explosions in infections in recent months.

Alexander Downes, professor of International Politics at the George Washington University, said: “We still lead the world in the number of infections and deaths from the disease and obviously there’s been a bit more sanity restored into the U.S. response when Biden came in, but people still see that a big chunk of the population is resisting vaccination.”