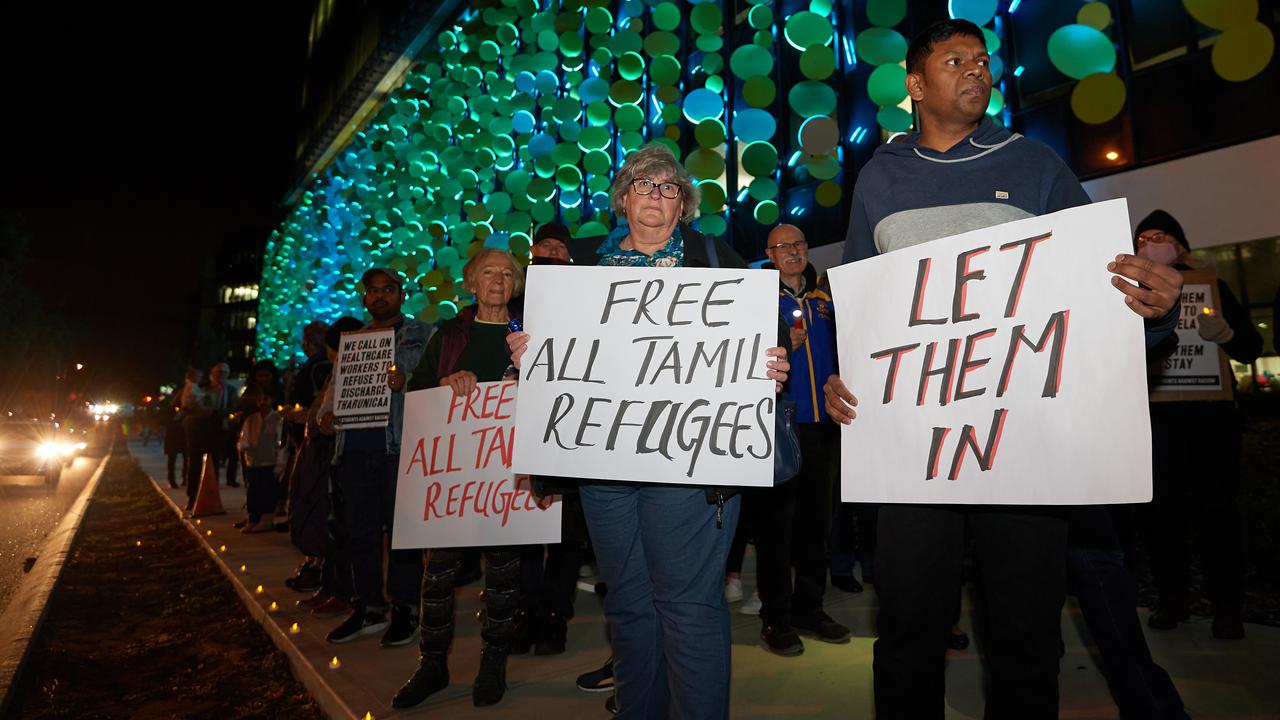 CANBERRA, Australia — Australian Home Affairs Minister Karen Andrews has revealed she is not investigating resettlement options for a Tamil family from Queensland being detained on Christmas Island.

Three-year-old Tharnicaa is receiving treatment for a blood infection at Perth Children’s Hospital after being evacuated from the island with her mother Priya Murugappan earlier this week.

Andrews on June 8 raised a “range of resettlement options” when asked about the family, who were taken from their home in Biloela and detained almost three years ago.

But the minister now insists she was making a general comment about refugees evacuated to Australia for medical reasons.

“I actually haven’t said that I’m investigating resettlement options for that family,” she informed during a national TV show on June 10.

“What I did say is that I was looking at investigating resettlement options in a range of circumstances.

“Let me be clear about what I said, it was a very general comment in relation to cohorts we have here in Australia that I’m on the record as saying that we will be working with.”

Prime Minister Scott Morrison on June 8 was quick to point out Andrews was speaking generally after she raised resettlement in other countries.

The Biloela community and supporters of the family have campaigned for ministerial intervention to allow them to return home.

A series of court orders have prevented them from being deported to Sri Lanka.

But the government has not wavered after the family’s protection status was denied despite fears they may become targets for violence.

Priya, her husband Nades, and their Australian-born daughters Tharnicaa and Kopika, 6, have been in detention since 2018.

“It’s not a case of being mean, we are very strong as a government, and our policy, in relation to our border protection. These are long-standing policies,” Andrews said.
“Quite frankly, I’m not going to have people die trying to come to Australia by sea on my watch.”

She said Australia Border Force, which manages the Christmas Island detention facility, had given assurances the family was “well accommodated”.

Supporters say staff refused to take Tharnicaa to the hospital until June 6 despite her vomiting and having a high temperature since May 25.

Christmas Island is an Australian territory in the Indian Ocean, lying south of Java, Indonesia. A national park covers most of the 135-sq-km island, offering rainforest hikes to wetlands and waterfalls like Hugh’s Dale.