The law does not give enough choice to women, say campaigners. 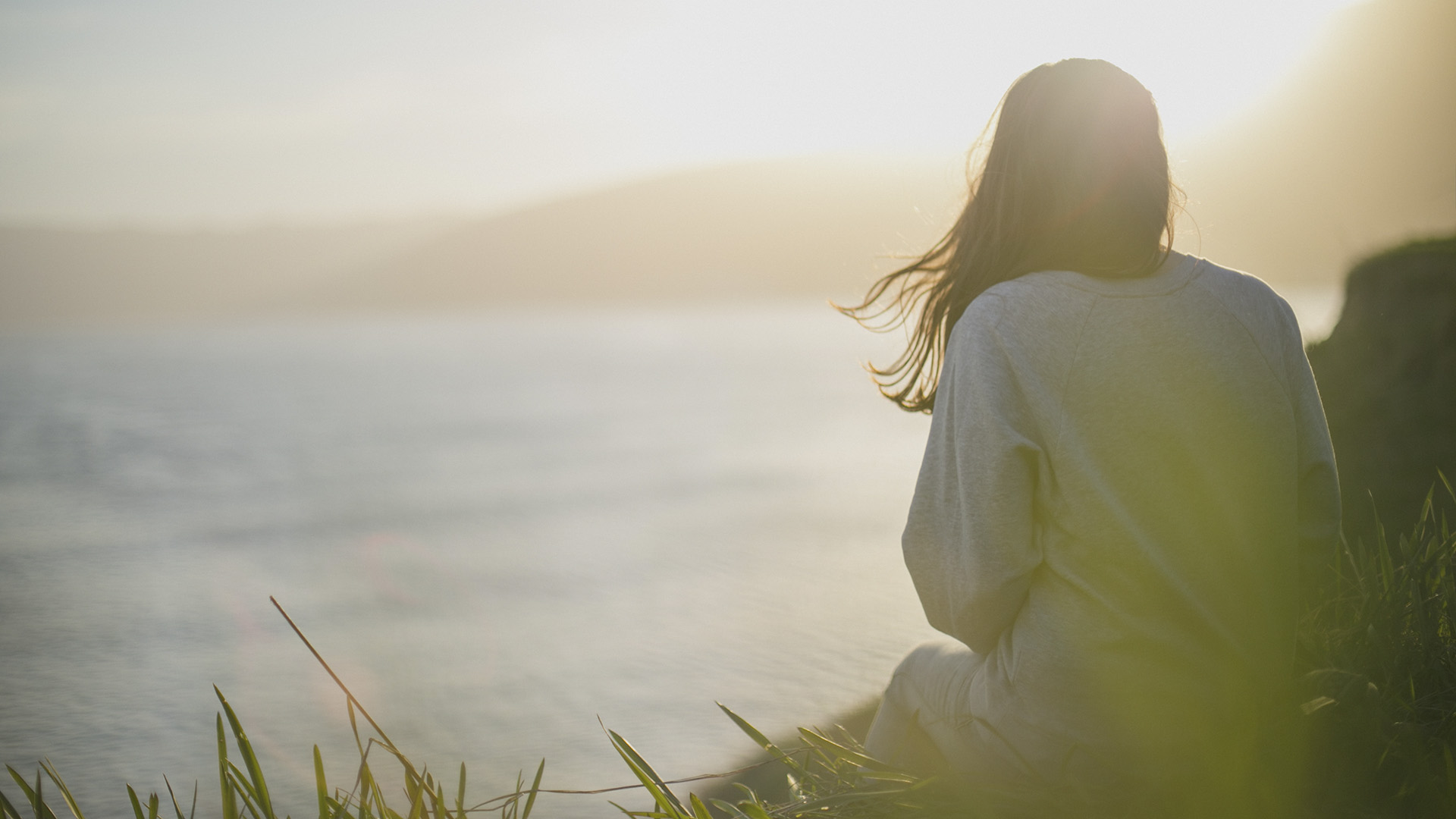 In India, aborting a fetus is criminal under the Indian Penal Code. While “voluntary” abortion is illegal under Section 312 of the Code, “therapeutic” abortion is legal. (Artem Kovalev/Unsplash)

NEW DELHI — In early April, a pregnant 14-year-old from the eastern Indian state of Odisha was spared the horror of having to birth her rapist’s baby when the Orissa High Court and a medical board fast-forwarded an approval for the termination of her pregnancy.

The teenager, 23 weeks pregnant at the time, had her case expedited because The Medical Termination of Pregnancy (Amendment) Bill, 2021, which allows abortions at 24 weeks, had just been passed.

In the earlier version of the Act, a woman could only seek an abortion up to 20 weeks of her pregnancy.

“The original The Medical Termination Of Pregnancy Act, 1971, required one doctor’s approval for an abortion done within 12 weeks and two medical approvals for abortions conducted between 12 and 20 weeks,” Barnali Basak, Supreme Court lawyer, told Zenger News.

“The amended Act requires the opinion of one doctor for abortions conducted within 20 weeks and two medical approvals for abortions between 20 and 24 weeks for some women like victims of rape and incest, differently-abled women, and minors. Abortions beyond 24 weeks can be okayed by a state-level medical board only if the fetus has severe mental and physical abnormalities.”

While the 2021 Act has been lauded by the government representatives like Minister of Health and Family Welfare, Harsh Vardhan, and Minister of Women and Child Development, Smriti Irani, many women’s rights activists are unhappy.

“The Act is still inadequate and uses the framework of a needs-based approach rather than a rights-based approach,” Shipra Jha, head of Asia engagement at Girls Not Brides, an international non-profit working to eradicate child marriage, told Zenger News.

“It looks at abortion as an option to be exercised in dire situations instead of making the choice of women and girls to choose or reject motherhood its central aspect. It does not address the key obstacles faced by women—the stigma around sex and sexual activity outside the boundaries of marriage.”

“While the Act replaces the word ‘husband’ with ‘partner’ and makes it mandatory to maintain the confidentiality of the woman wanting an abortion, these clauses are unlikely to have an impact when linked to laws that are related and operate with each other.”

Indian laws criminalize all sexual activity under 18. So, any girl under that age, married or unmarried, who wants an abortion comes under the purview of The Protection of Children from Sexual Offences Act and The Prohibition of Child Marriage Act.

“These contradictions severely undermine the sexual rights of girls and women,” Jha said.

In India, aborting a fetus is criminal under the Indian Penal Code. While “voluntary” abortion is illegal under Section 312 of the Code, “therapeutic” abortion is legal.

“The 1971 Act was enacted to protect registered medical practitioners from being penalized under the Indian Penal Code,” Suchitra Dalvie, a practicing obstetrician based in the western state of Maharashtra, told Zenger News.

She is also the coordinator for the Asia Safe Abortion Partnership, an organization aiming to promote, protect, and advance women’s sexual and reproductive rights and health in Asia.

For Dalvie, the newly amended Act’s most problematic part is the clause that mandates the constitution of a state medical board as an approving authority on abortions beyond 24 weeks.

“The role of the medical board seems to be to ensure that a ‘wrong’ fetus is not aborted, not to protect the woman’s right to choose. I have strong objections that a board will decide if the level of disability is severe enough to warrant an abortion,” said Dalvie.

“Ninety-nine percent of the time, it is the woman who ends up being the carer of a child with a disability. It is she who has to put her education or her career on hold.”

Besides the debate on the purpose and ethics of the medical board, Dalvie says that a bigger problem is that many women, especially in rural areas, may not be able to access these medical boards.

“Women in this country have little agency, autonomy, or information. Can you imagine a woman in rural Maharashtra or rural Uttar Pradesh [in northern India] approaching a board at the state level? How will she go there? How will she pay for her commute? Especially during the pandemic when a woman’s movement is severely curtailed.”

“Girls often don’t know what causes a pregnancy because there is no sex education. However, sexual activity and child marriages are rampant. So, you have girls who are not aware of their bodies and don’t know that abortion is legal. Since the conversation at the village level is around anti-sex selection, they feel that all abortions are illegal.”

A traditional preference for boys over girls in India led to a skewed ratio of 940 females to 1,000 males (according to the 2011 census). An Act was enacted in 1994 to stop female feticide in India.

The stigma of abortions is high in India due to the anti-sex selection act and the taboos around sex. So, many women prefer to approach an informal, illegal, and unqualified provider for unsafe abortion.

According to a 2019 study published in the journal BMJ Global Health, 67 percent of abortions in the study population of 1.8 million women in India were classified as unsafe.

It found a “disproportionately higher risk of unsafe abortion among the vulnerable and disadvantaged populations in India. Young women aged 15-19 years were at the highest risk of dying from an abortion-related complication”.

“The obstacles that women face when accessing an abortion multiply when they belong to marginalized communities. Recently, I heard of a case study from MASUM [Mahila Sarvangeenn Utkarsh Mandal], a Pune-based non-profit, that shocked me,” said Dalvie.

“When a pregnant sex worker went to a doctor for an abortion, he asked for her Aadhar Card [an identification card] and husband’s signature—knowing well she had neither. When she failed to produce them, he asked for sexual favors. This is the level of exploitation that women have to face to regain control over their bodies.”

MASUM and Asia Safe Abortion Partnership conducted a study in 2019 with partners from seven Indian states on “women’s access to safe abortion services”.

“The health care system is not an exception, and they are often denied services. For instance, an HIV-positive couple visited a public health facility to terminate the woman’s third pregnancy. The process was so time-consuming that they were denied services as the pregnancy had entered the second trimester.”

Jain says that rural women have suffered the most during the pandemic, with reproductive care being cut off for the most part.

“Rural hospitals are woefully ill-equipped when it comes to handling abortions. They are the weakest link in our public health service. They barely have human resources,” said Jain.

“Whether you get an abortion depends on your gestational period and whether you are marginalized or a single woman. Suppose you are vulnerable, the discrimination increases. Now, in the middle of a pandemic, if an unmarried woman in a village wants an abortion, she has to go to a rural hospital that may be miles away. That may be next to impossible,” Jain said.

“It is for these eventualities that abortion pills should be freely available to women. There should be awareness drives about the safety and efficacy of these pills.”

«Previous Post
Home: The Most Dangerous Place For Many?»Next Post
Afghan Interpreters To Be Given Protection In Australia