After Public Outcry And Elections Chile Will Write A New Constitution

The surprising results of Chile’s elections have given voice to new parties, independent candidates, and many young women. 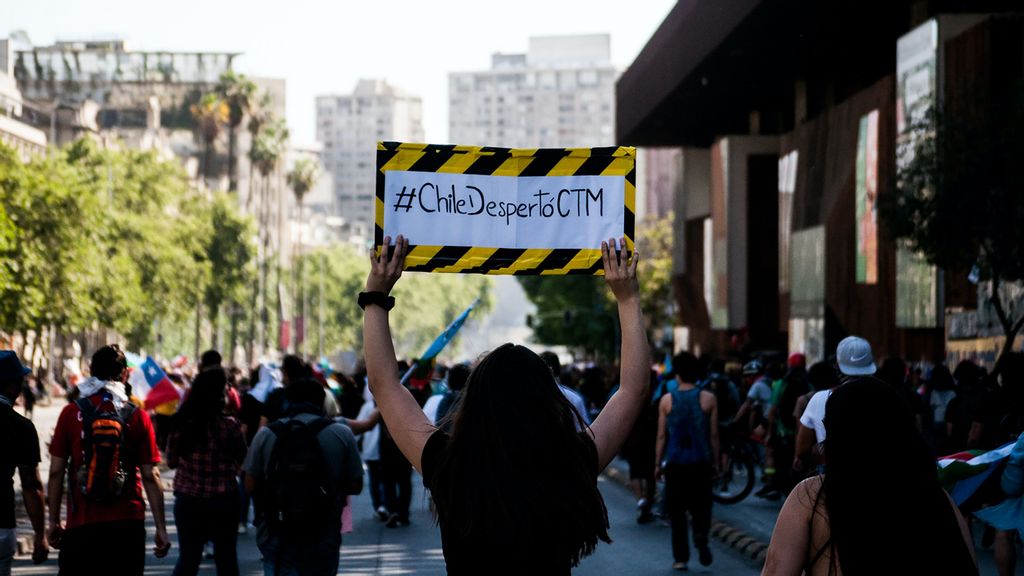 The current government lost a large part of its power, failing to get even a third of the votes for Constitutional Convention delegates. The 2019 protests accused the government of not listening to the people. (Juan Manuel Nunez Mendez/Unsplash)

TALCA, Chile — On May 15 and 16, Chileans elected 155 delegates to the Constitutional Convention to create a new constitution for Chile. The election results surprised many. The coalition “Vamos por Chile,” a massive alliance of five center-right political parties, did not obtain even a third of the 155 delegates and, therefore, would no longer have the means to veto any proposals made in the Constitutional Convention.

“The election results brought several surprises,” said Fundación Sol analyst Santiago Rosselot. “On the one hand, it meant the defeat of the right-wing political parties. This sector sought to obtain at least a third of the Constitutional Convention to veto and attempt to change the constitution implanted during the dictatorship. Furthermore, it should be noted that the Vamos por Chile candidates were the ones to receive the largest amount of funding to create their political propaganda.”

He added that “on the other hand, there have been several triumphs of sectors linked to the political left, such as the Communist Party (Partido Comunista, PC), and the Broad Front party (Frente Amplio, FA). More than winning the vast majority of the delegates, both coalitions also had important triumphs in both the regional governorships and municipalities, such as the municipalities of Santiago, Maipú, and Viña del Mar.”

Even independent candidates and anti-establishment parties had essential gains.

“Other notable wins were the results obtained by personalities and figures linked to popular movements such as the List of the People (La Lista del Pueblo), a loose coalition of independent candidates with close ties to the social outbreak of October 18, 2019. The coalition had an impact in the presidential elections: it empowered public personalities such as Daniel Jadue and Gabriel Boric to the detriment of the bipartisan parties,” said Rosselot.

The delegates will have one year to draft the new constitution that will replace the 1980 constitution, implemented during the military dictatorship of Augusto Pinochet. The event was dubbed Mega Election by the nation’s press, as besides electing the constitutional delegates, Chilean citizens voted for regional governors, mayors, and local councilors.

Chile has 16 regions, which in turn divide themselves further to 346 communes. The Metropolitan Region of Santiago has 34 communes. It was the first time that a governor was elected by popular vote.

However, only 43.5 percent of Chile’s population voted — estimated to be 6,458,760 voters. Experts believe the COVID-19 pandemic is to blame for the low turnout.

“The low voter turnout is concerning, even when compared to last year’s National Plebiscite where only 51 percent of the population voted,” Rosselot said. “However, this is not an effect felt the same throughout of Chile, as if we were to analyze voter turnout per commune, we could see that in the more populated communes’ participation is lower.”

Many Chilean citizens interviewed by television channels declared their fear of being infected with COVID-19 at the polls. Experts also believe the poor economic situation prevented many from taking public transportation to vote. There was a spike in voter participation on May 16 as there was a rumor on social media that ballots could be stolen or destroyed overnight.

The final official figure shows that the coalition Approve Dignity (Apruebo Dignidad, AD), formed by left-leaning political parties such as the PC, FA, Democratic Revolution (Revolución Democrática, RD), Social Convergence (Convergencia Social, CS), Equality Party (Partido Igualdad, PI) and the Green Ecologist Party (Partido Ecologista Verda, PEV), got 28 delegates (18.71 percent of the votes). The List of the People, made up of independent social organizations, won 25 delegates (14.81 percent of the votes). The List of Approval, made up of the center-left parties, won 25 delegates. Finally, the independent candidates not affiliated with any coalition won 23 delegates.

One of the delegates for the Mapuche people is Francisca Linconao, a machi (traditional healer). During her first television interview after her victory, Linconao said she “did not want more Carabineros (police officers) invading Mapuche territory.”

The new Chilean Constitution will be the first one written under gender parity, as 78 delegates are men and 77 are women. In addition, 77 delegates belong to left-leaning political parties and social organizations that want a radical change to the current economic and political system, with substantial state participation, better labor rights, and a new pension system.

Chile’s electoral service (Servicio Electoral de Chile, Servel) also released the official results of the mayoral elections, where the parties in power lost 75 communes. Many newly elected candidates are women, such as Irací Hassler, 30, a member of the Communist Party, who was elected as the mayor of the Santiago Centro commune — the second woman to hold the office. Hassler will be in charge of one of the most important communes in the Metropolitan Region and the country since it is the location of the government headquarters and administrative buildings.

Tomás Vodanovic, 30, from the RD party, will be the mayor of the highly-populated commune of Maipú, in the Metropolitan Region. Daniel Stingo, the RD delegate candidate for the Metropolitan Region District 8, was the candidate who amassed the most votes. He is a lawyer who has in recent years become a TV personality, appearing on many shows offering legal advice to viewers.

Another elected delegate and political figure is journalist Beatriz Sánchez. She has been a spokeswoman for the FA for the last decade, and voters consider her one of the leaders of the new political movement.

RD, founded in 2015, is a relatively new political party, but it has won many vital mayoralties across the country. Emilia Rios will be the mayor of Ñuñoa in the Metropolitan Region, while Macarena Ripamonti will govern the city of Viña del Mar.

Juan Carlos Guajardo, 53, who works for a company that sells technology for renewable energy and LED luminaries, voted for Joel Olmos, an Independent candidate for the commune of La Cisterna, in the Metropolitan Region, who won the election.

Guajardo said that he was delighted with the outcome of the elections and hopes that the Constitutional Convention tackles some of Chile’s most serious social issues.

“The pension system must be reworked, with an increase of the pension themselves. Furthermore, the public health system quality has dwindled and needs to be improved. There is also the fact that water and electricity should be deprivatized since they are essential goods and should be free. Finally, there should be a reform that creates a new police force in the country,” Guajardo said.

One of the highlights of the election campaigns was pension system reform. Due to the uncertainty, many people withdrew their money from the system before the elections.

For Professor Carlos Rivadeneira, an expert on pensions, the results of the elections reflect that social media has democratized the flow of information. It shows that Chileans do not identify with the traditional political parties and have shared through social media “the urgent need to change a system that exploits them with usury, low salaries, lack of employment and social protection, and a high cost of living,” he said.

“They wish to change the system where they are barely surviving to one where they can live with dignity. Thus, people have voted for candidates who have made promises along those lines. Furthermore, they felt a connection to candidates who are social leaders instead of political figureheads,” Rivadeneira said.

When asked if he is going to advise the Constitutional Convention on pension issues, Rivadeneira said that “I would love to contribute, and I will offer to do so in the matter of social protection.”

The Constitutional Convention could mean significant changes for the country, though it is too early to make predictions.

“In addition, there are still several elements to define, such as convention regulations to political alliances,” said Rosselot. “In that regard, the role that independent candidates and indigenous people play will be the key. However, the projection of these new political voices within the political institutions is not a certainty either, and it is important to state that the voter’s preference for independent candidates for delegates, mayors, and governorships did not carry to the local councils.”

Doubts remain regarding the possibility of drafting an effective new constitution.

“Given the exposed conditions, the constitution process can be viewed with optimism. However, there is much to be refined, and the true transformative capacity of the Constitutional Convention remains to be seen. It will be essential that the constitutional process does not interfere with the work done by the different social and popular groups which strengthen the social fabric that has allowed us to reach this point.”

«Previous Post
VIDEO: Fire In The Hold: Blaze Engulfs Ship In Dry Dock»Next Post
Home: The Most Dangerous Place For Many?