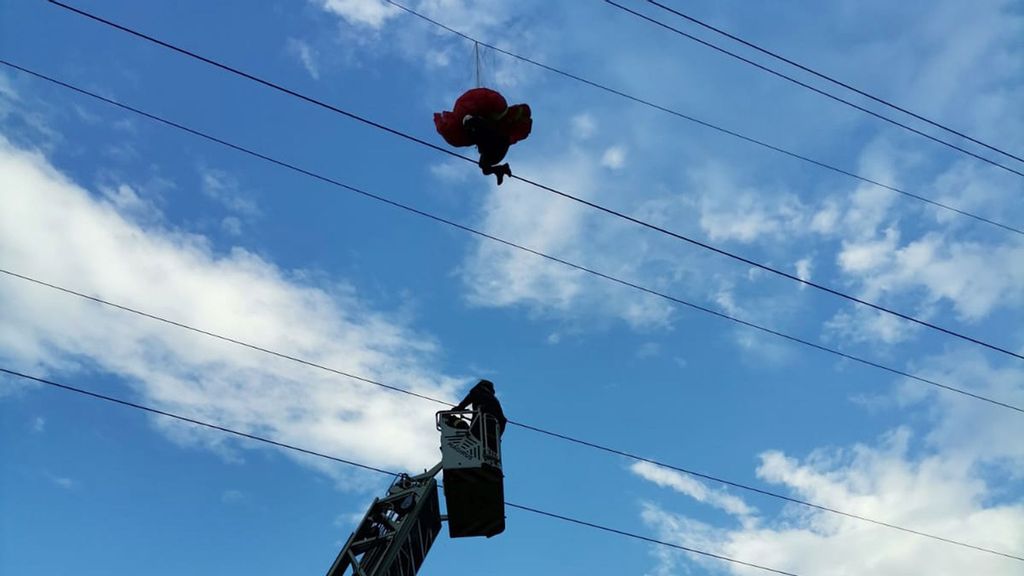 A paraglider was rescued after being caught in power lines on June 8 in Romania. (Inspectorate for Emergency Situations/Zenger News)

Video shows firefighters in Romania raising an aerial ladder to a paraglider who got caught in power lines and was dangling nearly 70 feet above ground.

The incident was filmed in Brazi, a popular destination for paragliders near the Retezat Mountains, on the evening of June 8.

The power company had been contacted, and the electricity was switched off so that firefighters could carry out the rescue.

Local authorities said the firefighters had a difficult task, as the paraglider had to remove his equipment just when the basket was underneath to catch him and carry him to safety.

Ten firefighters from the Hunedoara and Deva brigades were sent to the scene, along with a mountain rescue team, local media reported.

The paraglider was not injured.