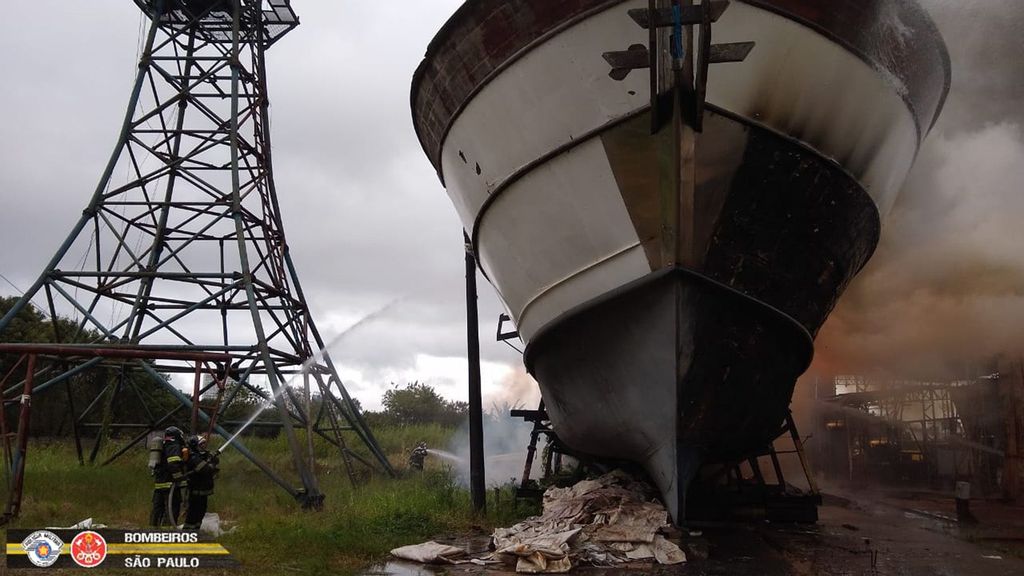 Firefighters spray water on a burning speedboat in a Brazilian marina on June 8.  (@corpodebombeirosdapmesp/Zenger News)

A raging blaze on board a dry-docked boat at a Brazilian marina could not be brought under control, even after 10 fire trucks were sent to douse the flames.

Authorities have yet to confirm what led to the large vessel to catch fire at the Marina Asturias in the Guaruja municipality of Sao Paulo, Brazil, on June 8.

In footage captured by local emergency services, firefighters can be seen struggling to control the blaze ripping through the ship.

Local news site Giro Marilia reports that initially, five fire trucks were sent to the scene to try and subdue the flames. They failed and five more were expedited.

It’s not clear if the ship is still burning, as the fire department has not released an update since June 8, when the boat was still engulfed in flames.

No casualties have been reported. Authorities are waiting for the forensic teams to start their investigation into the cause of the blaze.