Thousands Of Nurses March Off Job In New Zealand 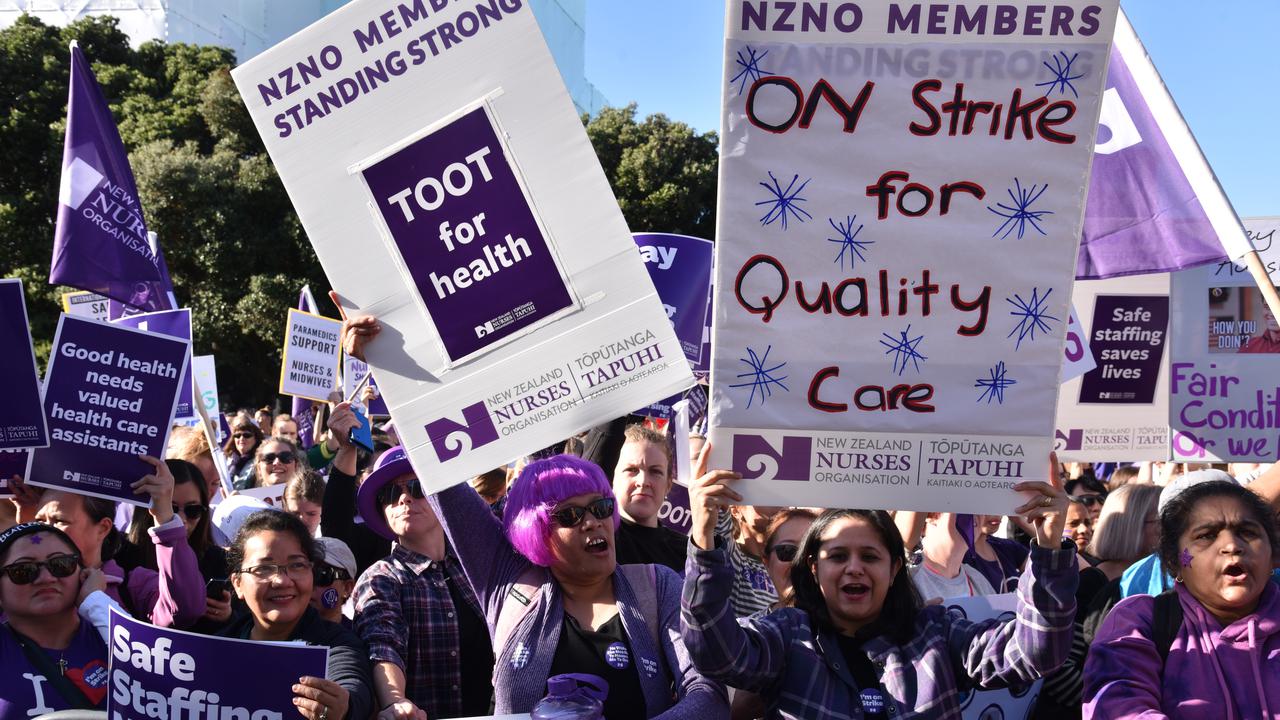 AUCKLAND, New Zealand — New Zealand’s nurses have walked off the job and onto the streets in their thousands, protesting a pay offer from Jacinda Ardern’s government.

For many, their next step may be to Australia — a common destination for Kiwi nurses seeking a better pay packet and work-life balance.

On June 9, the New Zealand Nurses Organization union-led an eight-hour national strike, with dozens of coordinated actions across the country.

In Wellington, they marched straight to parliament, where Health Minister, Andrew Little, heard their anguish at a heated lunchtime demonstration. 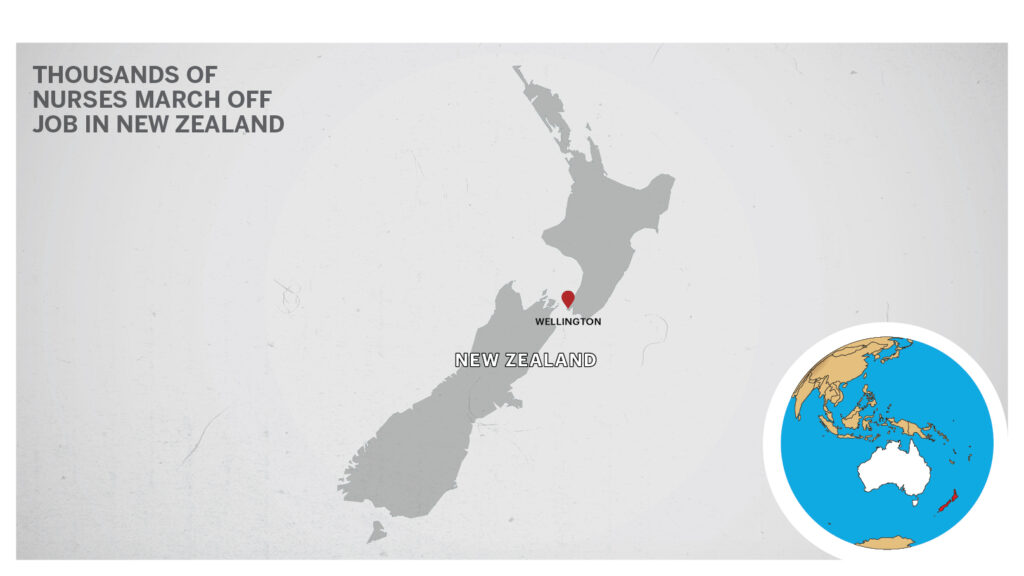 “You are here because you care, and I hear you,” he said before being drowned out by protesters.

New Zealand has long experienced a labor drain to Australia, with Kiwis eyeing the larger and richer economy across the ditch to get ahead.

In nursing, the Australian allure is particularly pronounced.

“I went over for a year but had to come back for family reasons,” said Helen Kemp, Wellington Hospital clinical nurse. “Conditions over there were way better. Wages and Working conditions were super. I could work for four days a week for the same wage back here, and you always got your breaks on time, and your education was acknowledged.”

Every nurse spoken to had either gone abroad themselves or knew colleagues who had done so.

Nurse Ness Mason said, “People go to get a deposit for a home. It is quite common,” adding the reason she would not go herself was “snakes and crocodiles.”

The anger in the crowd was underlined by the role nurses have played during New Zealand’s fight against Covid-19.

Kenepuru Community Hospital nurse assistant, Judith Shaw, said she made around NZ$23 ($16.5) an hour by completing tasks like washing and showering patients and helping them to the bathroom.

She was one of several to signal personal dismay at Ardern.

“I am very disappointed in her,” said Shaw. “We have been there through Covid. We have played a major role, and we deserve the pay rise. We cannot survive on that.”

Her colleague Glenda Chan agreed, using the cost of a proposed bridge over Auckland Harbor to protest the government’s priorities.

“They are spending NZ$700 million ($504 million) on a walkway, and we are fighting for the basics,” she said. “(Ardern) gets a lot of credit worldwide for keeping New Zealand safe, but it’s all of us out there that have been doing it.”

Ardern said meetings prevented her from attending, but she was “very aware” of their plight.

“My hope is now we get back to the negotiating table,” she said.

The New Zealand Nurses Organization said the current offer equates to a 1.38 percent pay rise or a wage cut once inflation is factored in. The wage rises are targeted towards the worst off, as Ardern’s government attempts to tackle inequality.

At a press conference after the rally, Little signaled an improvement to the government offer was coming.

“They want to do the best for patients, and it’s our job to make sure that we are creating an environment for that,” he said.