The decision comes amid international media’s criticism of the Narendra Modi government’s handling of the Covid-19 pandemic. 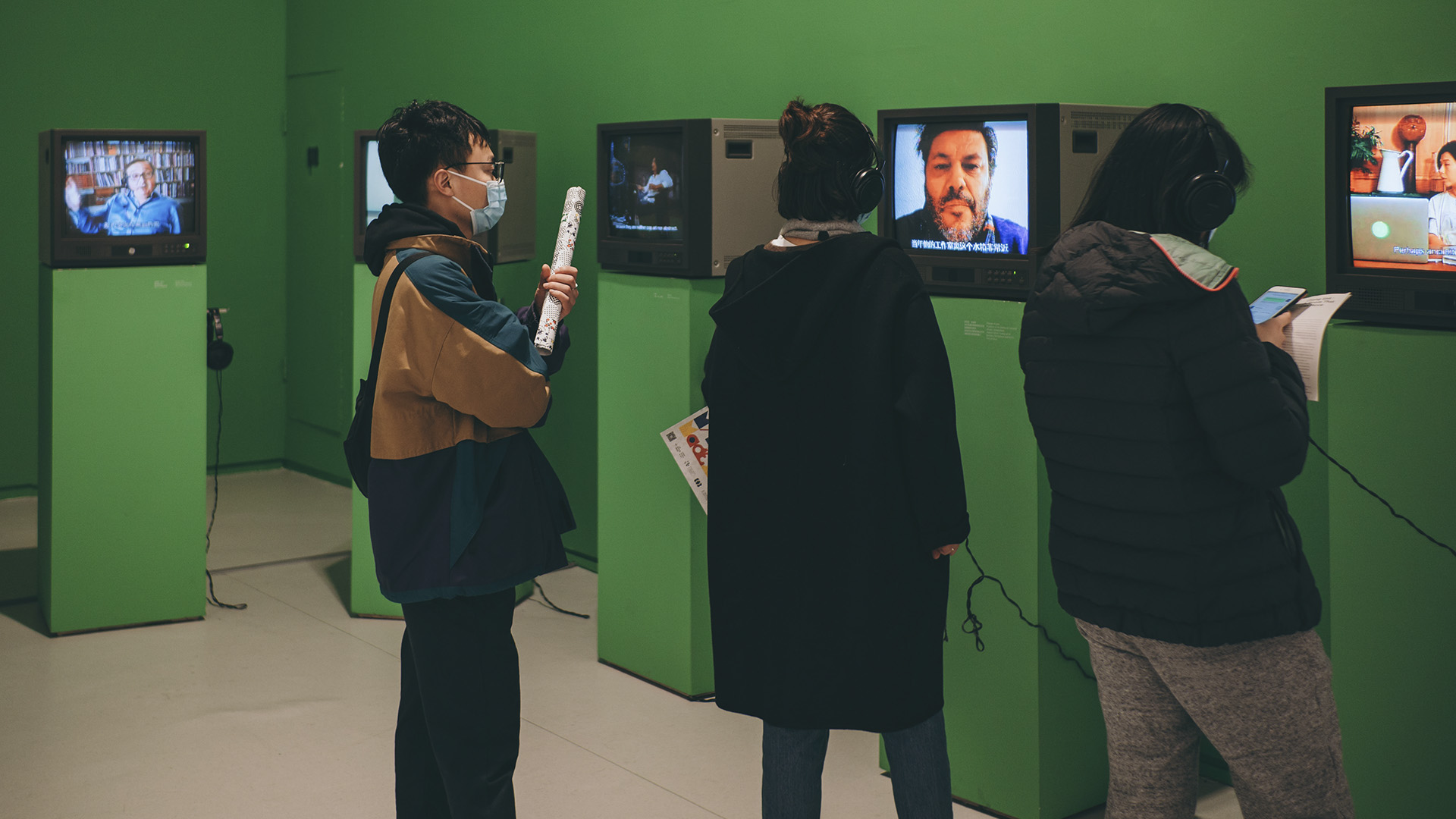 Currently, DD India targets primarily the Indian diaspora living in different parts of the world through a blend of domestic and global news.(Jack Dong/Unsplash)

PUNE, India — Amid the backdrop of growing criticism in international media about handling the Covid-19 pandemic, muzzling the media, and increasing religious intolerance, the Indian government wants to start an international channel to “project India’s point of view”.

“India, as the world’s largest democracy and one of the significant emerging economies, has an important role to play globally on various fronts,” Shashi Shekhar Vempati, chief executive officer of Doordarshan, told Zenger News. 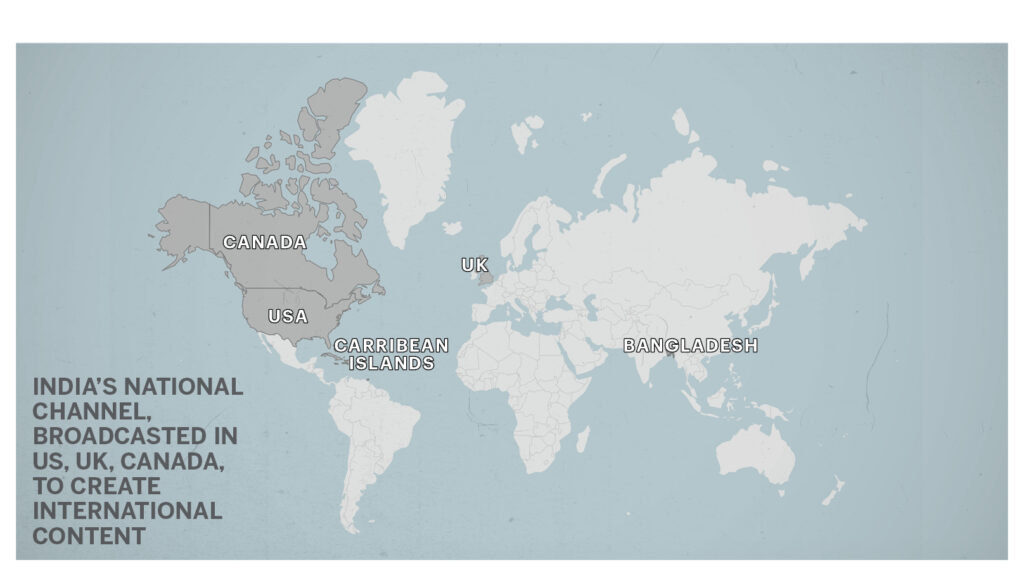 The EoI proposed that the channel will present India’s perspectives on contemporary global and domestic significance issues.

“India, with all its complexity and diversity, needs to be better understood. Hence, there is the need for a global presence, so the Indian perspective acquires a global audience, and the world develops a deeper understanding and appreciation of a rising India,” Vempati said.

Doordarshan, or DD as it is colloquially known, already has an English news channel — DD India — which was revamped over the years to cater to a larger global audience. Therefore, this proposed DD International channel will add to the offerings from the broadcaster, widening the reach.

Currently, DD India targets primarily the Indian diaspora living in different parts of the world through a blend of domestic and global news. DD International will solely focus on the global audience.

The idea of an international channel under Doordarshan presents itself as an opportunity for the right-wing national government Narendra Modi to remodel its international image marred by a host of issues highlighted in renowned journals and publications.

In the past few weeks, some global media organizations wrote critical pieces on Modi and his government’s delayed response to a severe second wave of the pandemic.

“The system has collapsed: India’s descent into Covid hell,” “Modi leads India into a viral apocalypse,” were some headlines that dented Modi’s image.

To counter the growing dissent, India’s High Commission in Australia released a statement to dismiss such news, calling the reports of a publication “baseless and slanderous”.

“It is astonishing to see that your respected publication has chosen to reproduce a completely baseless, malicious, and slanderous article without bothering to check the facts with any authorities in the government of India,” reads the statement.

However, the Modi government was mentioned earlier in several reports before the second wave as well.

In its report, Freedom House, another non-profit organization, dropped India from “free to partly free” status.

India’s Academic Freedom Index (AFI) score, which determines the level of freedom of speech and security universities and academic centers enjoy, also hit a significant low (0.35) in comparison to its 2014 score (0.68).

Banking on the old horse

Doordarshan, launched in 1959, is an independent public service broadcaster funded by the Indian government, owned by the Ministry of Information and Broadcasting and Prasar Bharati’s two divisions.

For decades since its establishment, Doordarshan presented the government’s viewpoint on national and socio-cultural events. It shot to fame in the 1990s with its cinematic depiction of mythological shows such as the “Ramayan”, “Mahabharat”, and a superhero show “Shaktimaan”.

The spurt in television sales after the liberalization of India’s economy made TV shows a household commodity. Doordarshan, too, rode on this wave and garnered a significant viewership.

By the mid-1990s, the Indian government allowed private players to enter the broadcast industry, and viewers started migrating to channels that were less about the national message and more about entertainment.

However, last year, when India went into its first pandemic-induced lockdown, the country’s Information and Broadcasting Minister Prakash Javadekar announced the re-telecast of “Ramayan”. The series got more than 170 million viewers in the first four shows, gaining the channel some popularity again.

Not a new idea

Creating a world presence for Doordarshan is not a new idea, Jawar Sircar, the former executive of Prasar Bharati, told Zenger News.

“It’s a long history. They had a Doordarshan International channel, and the studio produced a lot of international-worthy content, which is debatable now. But they didn’t have a satellite link at the time,” Sircar said.

“The content goes through an uplink where it is uploaded, but to download it in a target area, you need to have a foot-link in the same target area, which Doordarshan didn’t have.”

Sircar considers the current plan to be very ambitious, but the idea was evolving for 20 years.

“Doordarshan needs to think about the target audience, the content generation. If they are going to hire people in different regions of the world, the question that arises is: Do they have money for it?”

“DD has been evolving in phases,” Vempati said.

“At present, DD India produces globally distributed content in Korea, Bangladesh, U.K., U.S., Caribbean, Canada, etc. What is new in this effort is to create international content by leveraging bureaus, reporters, and talent from across the globe.”

“But the channel shouldn’t be a replica of other international channels. It shouldn’t copy what other channels are doing. It is a great tool to show our culture and voice internationally.”