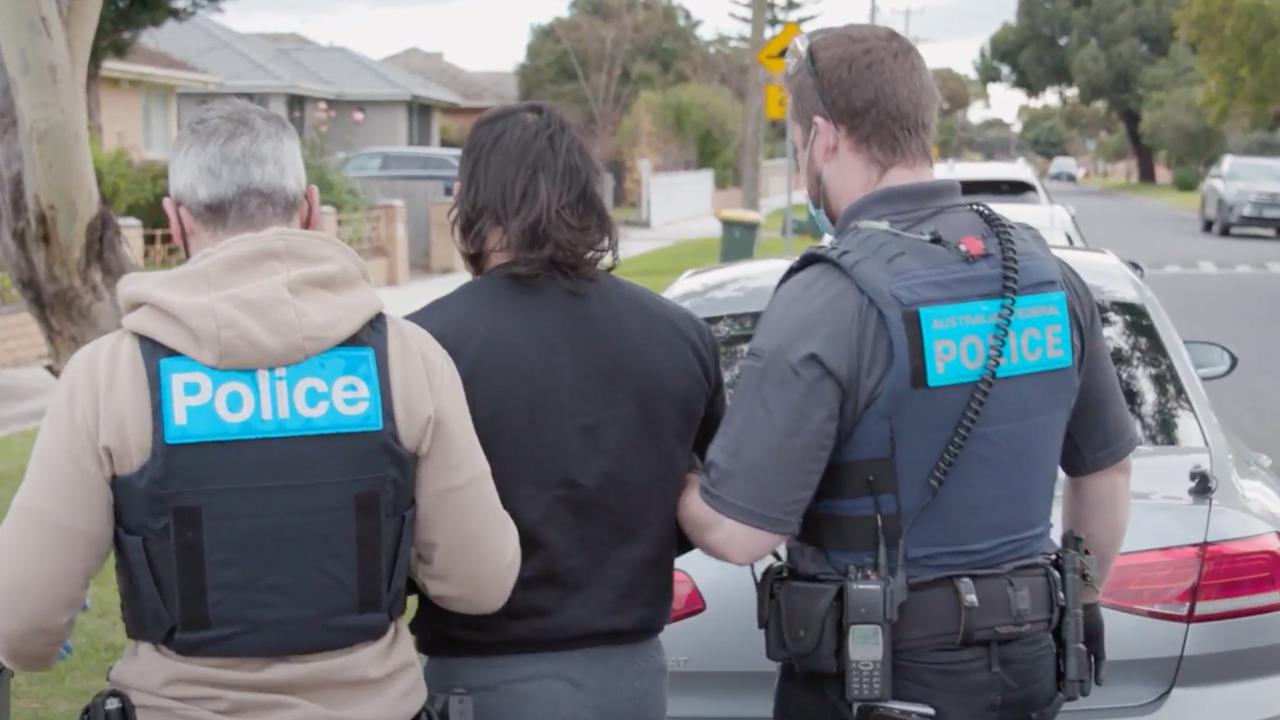 Operation Ironside has resulted in more than 90 arrests in South Australia, with 40 on a single day, police say. (Victoria Police/AAP Image)

ADELAIDE, Australia — A brazen plot to gun down a man leaving a restaurant in Adelaide last year was foiled by Operation Ironside, the international sting on organized crime, police have revealed.

The plot involved members of the Comancheros bikie gang luring the man to the suburban Norwood location before using a machine gun in the killing.

Assistant Commissioner Peter Harvey said the conspirators were being monitored and police moved to seize a motorbike that was to be used in the killing to prevent it from happening.

“The conspirators then stole another motorcycle to set up the plot to continue,” he said.

“They are relentless. They have no conscience.”

The second motorbike was also seized, and around the same time, a search was conducted in scrubland in Adelaide’s northeast which located the weapon, hidden in bushes along with two fully loaded magazines.

Harvey said police intelligence had revealed the intended victim of the plot was “one of their own”.

“It’s unbelievable the level of violence and distrust among this group,” he said.

A second murder plot was also foiled by Operation Ironside which related to people going to a home in suburban Adelaide on two separate occasions to murder the occupant.

“Most disturbingly, the intended murder victim didn’t even live at the address,” Harvey said.

“Such is the danger that this group represents, that they’re willing to go to a house to kill the occupant and it’s the wrong person.

“It’s an alarming example of the potential harm to innocent people.”

In details released on June 8, police said Operation Ironside had resulted in more than 90 arrests in South Australia, including a record 40 on a single day.

Those arrested have been charged with a range of offenses from conspiracy to murder to drug and firearm trafficking and money laundering.

Detectives seized 90 kilograms of methamphetamine with a street value of AU$45 million ($34 million).

They also found 50 liters of the drug fantasy, 350 kilograms of cannabis, 10,000 ecstasy tablets, and 30 illegal firearms.

Three clandestine drug labs were uncovered, including one capable of producing AU$25 million ($19 million) worth of methamphetamine each week.

Luxury cars worth a total of AU$3 million ($2.3 million) were seized, including a Maserati, two Lamborghinis, and one Bentley, along with AU$1.9 million ($1.4 million) in cash.

The aim of Operation Ironside was to catch criminals using a secret encrypted app as part of the anti-crime offensive.

Decrypting the encrypted communications — including plots to kill, drug trafficking, and gun distribution — was accomplished using a platform operated secretly by the Federal Bureau of Investigation.