Making The Most Of A Second Chance: Troy Delone Leaves Prison Behind

Earning degrees behind bars and in the outside world, he's now working to inspire and assist others.
By Percy Lovell Crawford June 9, 2021
Facebook
Twitter
Linkedin
Email 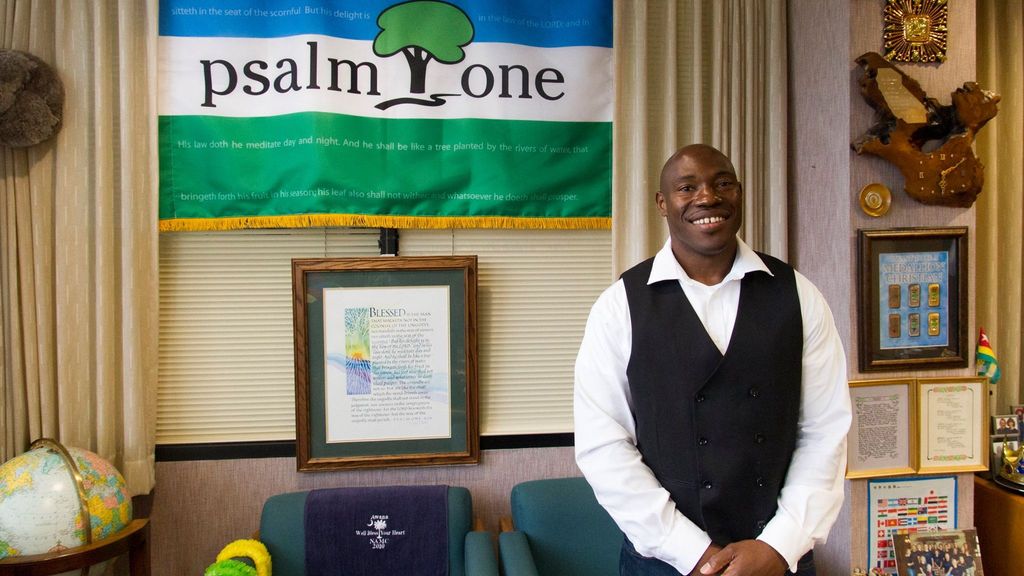 Troy Delone believes that challenges can be overcome with hard work, faith and perseverance. (Courtesy of Troy Delone)

Troy Delone was not always an upstanding citizen. His extracurricular street activities landed him in the country’s largest maximum-security prison, Angola State Penitentiary in Louisiana, when he was 21. Though he was sentenced to double-life plus five years for two counts of armed robbery, Delone was determined to find his way out of prison via legal means.

After earning his bachelor’s degree in Christian ministry while in prison, a new law gave him a glimmer of hope for a potential release. On Dec. 19, 2016, after serving 16 years, that’s just what happened.

Making good on his word to better serve his community, not only does he work with nonprofits, but he’s also earned his master’s degree in social work from Southern University of New Orleans. In a post on social media, Rick Price said, “Every moment of your life is a second chance.” Delone is living proof of this profound quote.

Zenger News spoke with the odds-defying Delone on prison life, his strong faith and the importance of getting an education.

Zenger: Growing up in the Iberville Projects [in New Orleans], I’m sure it was hard not to fall into the traps of what you witnessed on a daily basis.

Delone: Yeah man! Being that that’s all you see, you feel like that’s just the way life is. The environment you grow up in is so important. Say you grow up in a house where your mom and dad are doctors. The only thing they talk about all day is medical stuff, and you’re going to pick up on that type of language and mindset. But if you grow up in an environment where the only thing you see every day and all day is crime and criminal activity, especially as a kid, you’re going to think this is the way life is.

Zenger: It becomes a survival mentality.

Delone: Exactly! As you get older you might start seeing other things in other parts of the city and community, but it’s like, “OK, that’s the way they live, but we live like this over here.”

Zenger: When you were 21, you got hit with two counts of armed robbery. When you heard the sentence of double life plus five, what went through your mind?

Delone: It was surreal. I just knew it was a bad dream that I was going to wake up from one day. My mindset was this is not real. I probably went through that state of shock and disbelief for two-and-a-half to three years.

Zenger: They send you to Angola, the largest maximum-security prison in the United States. What was it like for you?

Delone: It’s sad to say this, but when I went up there to Angola, it was like, all my family was up there. I have an older brother, we are five years apart, he had already been there six years when I got up there. I also had three of my close friends that I grew up with was up there. There were also other people from my neighborhood that went up there and had been there for a while. It was crazy to see all of them brothers up there like that. That was my thought process, “All my family up here.”

On top of that, the atmosphere in the dormitories that we were living in, it’s like people had lost the reality that they were in prison and sentenced to life sentences. People were watching TV, playing cards or chess. They were just going about life like this was normal. It was insane to me. I hated being in the dormitory because it’s like they didn’t realize that they are in prison.

So I used to stay in the education building, taking all kinds of self-help classes, using the law library and the regular library, and just getting involved with the clubs. I started getting access to that community and being around like-minded people who were like, “Man, we gotta figure out some kind of way to get out of here. Not only that, but once we do get out, we gotta make a difference in our community and prevent other people from falling into this trap as well.”

Zenger: At one point, they reduced your sentence to 198 years. Was that what made you want to get in front of a parole board, because that reduction wasn’t going to let you see the outside world again, either?

Delone: My focus at that point in time was, whatever it takes to get out of here. If I had to go home on 198 years of parole, so be it, as long as I’m free. I’m still in the system but at least I have the liberties to be able to go to the store, go to work, get in a car and go take a ride with my family. It’s small stuff, like being able to go get something out of the refrigerator or watch TV and not have 60 to 80 other guys around you constantly. Just having that, I was like, I’ll take it.

I was sentenced under the multiple offender law; the three-strikes rule. But my two priors weren’t crimes of violence. That law changed and I was eligible from the application of the law was called Ameliorated Penalty Consideration.

When I went before the pardon board, they granted me clemency. I had the favor of God. People that surrounded me, stepped up and spoke up for me. The pardon board was like, “This guy here, he’s obviously not the same person he was when he was arrested and convicted, and we want to give him another opportunity.” My sentence was commuted from two consecutive life sentences to 198 years.

I was able to go up on the next parole board and was released. I probably was one of the last ones to make parole and be released on the same day. They don’t do that anymore, but like I said, I just had unmerited favor from God. Just trusting and believing that God had opened the door for me that no man can close.

Zenger: You earned your bachelor’s degree in Christian ministry while in prison. How important was that?

Delone: The degree in and of itself wasn’t the thing that was the most impactful for me. The thing that was more important for me was through my studies of the seminary, I really was able to develop my own personal relationship with God. My mom raised us in the church. When we were kids, up until the age where I was able to completely rebel, we had to go to church every Sunday. We were in there from 9 in the morning until almost 3 in the afternoon. I had a foundation. I knew about God, but I didn’t know him for myself. I believed in God, but I didn’t know that I could communicate with him, and he could communicate with me. That’s what came out of my studies at the seminary.

This was pivotal, having my identity confirmed that I was not this career criminal, this notorious person. They put these titles on you in the hood, he’s a head busta, he’s a hustla, a playa and all that there. I wasn’t none of that. I was a child of God, and it was pivotal for me to know who I was. Having my identity confirmed as a child of God changed my whole perspective on life.

Zenger: I attended the Angola Rodeo one year, and we were told that only a very small percentage of inmates that enter Angola State Penitentiary ever see the outside world again. Given that, what does your release date, Dec. 19, 2016, mean to you?

Delone: The Bible says, “He is a rewarder of those that diligently seek him.” That was my reward day. I was free when I was in there. Free on the inside. My mind and my heart was free, but my body was in bondage. That was the reward for me to continue to press on and glorify Him in everything that I did. Through my relationship with Him, I was able to help other people. The Bible says, “Let your light shine before men, and they will glorify your Father who is in heaven.”

Zenger: You then furthered your education and just recently received your master’s degree from Southern University of New Orleans, one of the nation’s Historically Black Colleges and Universities. Congratulations, my brother.

Delone: Thank you! When I started the process of pursuing my master’s degree, it was very challenging because I had a family; married with kids, and I was also working full time. It was a very challenging process that I went through. So when they called my name to get my diploma, it was a monumental moment in my life.

When I was growing up, I was hard-headed, but I was gifted academically. And they had such high expectations for me. My people thought I was going to be a lawyer or doctor if I just did what I was supposed to do. So at that moment, I just knew my sister was so proud. With my mom not being here anymore, I was able to feel her pride and joy through my sister being there.

Zenger: Continue your work in the community, and we’re all proud of you, brother. Anything else before I let you go?

Delone: Just to put a little bow on it, I always tell my son this: The experiences in life each of us goes through are not really for us, it’s to help somebody else. So when something good happens, this is not for me, this is to be used to inspire other people. No matter what challenges you face in life, you can overcome them with hard work, faith and perseverance. There’s nothing you can’t accomplish in life.