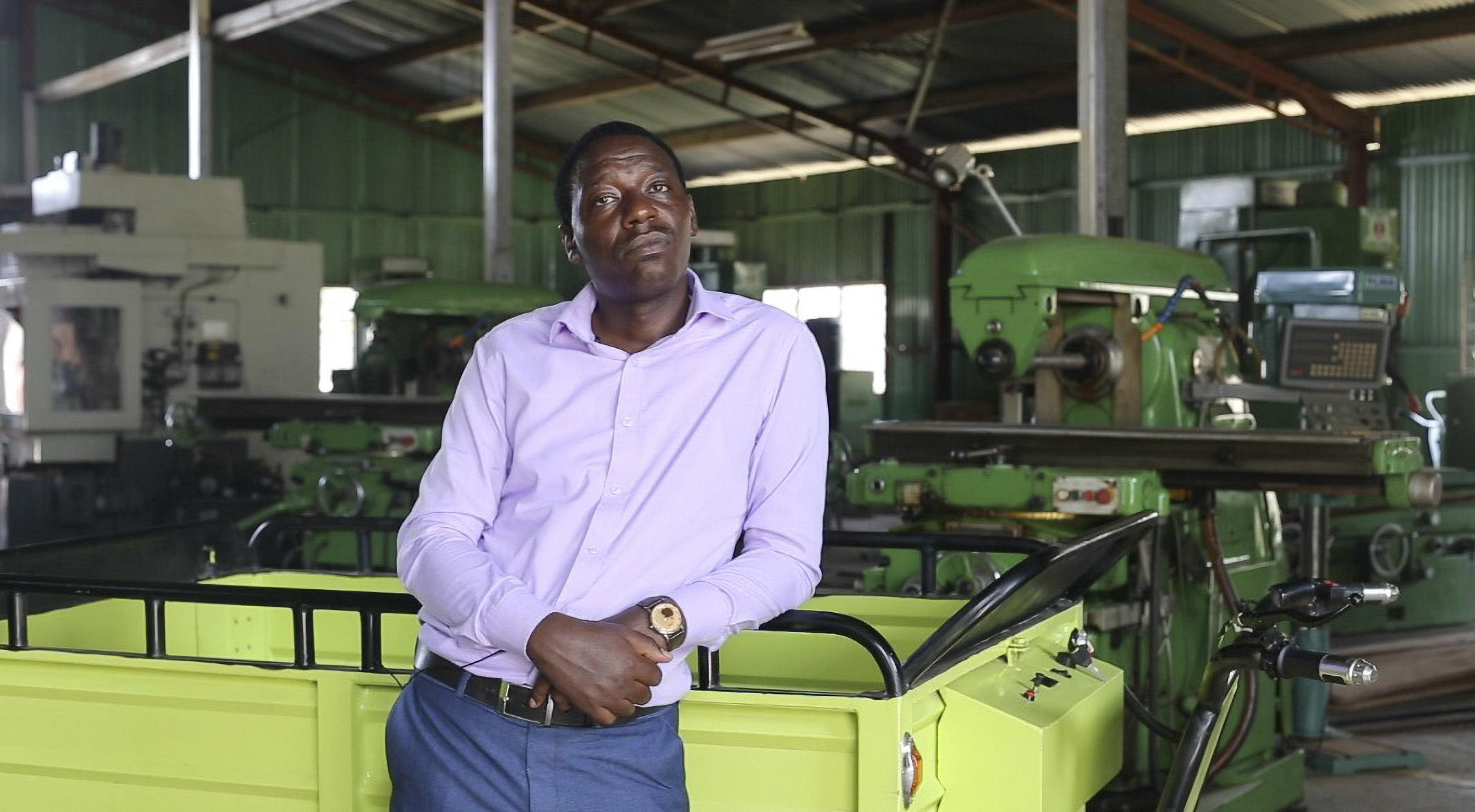 NAIROBI, Kenya — A Kenyan innovator, Kenneth Guantai, who has developed electric tuk-tuk (auto-rickshaws) and handcarts, hopes to mass-produce them in December 2021, after receiving orders from several East African countries.

“I have received proposals from business people in countries such as Uganda, Rwanda, and the Democratic Republic of Congo who want me to set up assembly lines,” Guantai told Zenger News.

Six years since he first assembled his inventions, he says has done an in-depth market analysis that will change the perception of using hand-pulled carts and petrol-powered tuk-tuks.

“We will customize them, and we anticipate the price to be between $4,000 and 6,500 depending on the requirements of the client.”

“These electric vehicles are fitted with lithium-ion batteries with a lifetime of up to 30 years, and the motor can last for at least 15 years,” he said.

Guantai is solving an environmental problem and creating jobs in a country where the unemployment rate is 2.98 percent.

“When we mass-produce, we are anticipating to employ more than 1,000 people directly, and more than 500,000 indirectly.”

For piloting, Guantai gave out 10 samples of his product for field trial. Although still new to the streets of Nairobi, the benefits of his inventions proved more convenient and economical than the ordinary handcarts.

“I was able to ferry more groceries for customers than before I made three extra trips, and that meant more money for me,” Brian Otieno, a handcart operator who used the electric tuk-tuk for a month, told Zenger News.

Although the price may seem to be high for ordinary Kenyans, a one-off investment can ensure quick returns in a short time, said Guantai.

Although his innovation has received the support of the government, Guantai decries difficulties in getting funding.

“So far, the biggest challenge lack of enough funding to advance the technology. We do not have the capacity like companies such as Ford (Ford Motor Company) had when it was researching its regenerative braking system.”

He says a lot of funding from the Kenyan government is directed towards theoretical research rather than practical purposes.

“My work can be seen, and it’s proving to be a problem solver, yet getting funds is almost impossible.”

The Acting Chief Executive of the National Research Fund, Kenya, Jemimah Onsare, said the government receives many proposals for funding consideration and is still processing.

“As such, there may be some delays, but this does not necessarily mean there is corruption or opaqueness in the process,” Osare told Zenger News.

But all is not lost for the ambitious innovator.

He is currently receiving proposals from investors, which he is sifting through to match their demands.

He is also banking on Solution Plus, a United Nations initiative that is piloting the electric mobility program through the United Nations-Habitat.

Through the initiative, a contract and some $50,000 will be released in June by the United Nations-Habitat.

“If the pilot project sails through, the United Nations-Habitat will fund us to a tune of 5 million Euros.”

Guantai and his team will then have 18 months to pilot their product in Dar es Salaam, Tanzania.

He said that the initiative has only chosen two countries in Africa—Rwanda and Tanzania—but they applied nonetheless and were considered.

“Because of the uniqueness of our product, they accepted us to participate,” he told Zenger News.

Guantai hopes that his innovation will change the transportation sector for the better.

As the head of innovation and research at the country’s National Youth Service, he was driven by the desire to reduce pollution from petrol-powered tuk-tuks and helping thousands of youth in the transport sector have a faster transport mode.

“On a single charge, the eco-friendly tuk-tuk can run between 300 and 500 kilometers (184-310 miles) since they used a regenerative technology that charges the batteries while in motion and while braking.”

“Just the way we used to have a dynamo in bicycles before, which could change when the bike is in motion, now the handcarts also has a system that enables it to recharge itself through kinetic energy,” he told Zenger News.

In the markets, locals mostly use man-powered carts to transport their groceries, some as far as 7 kilometers (4.3 miles) from Nairobi’s central business district, a tiring task that takes hours.

But Guantai’s improved tuk-tuks have more carrying capacity, which fits at least six passengers and with a load capacity of 1.5 tonnes.

“Handcarts move very slowly, causing traffic jams. Vehicles, sometimes, are forced to move at their speed. The exhaust fumes from the vehicles directly affect the handcart operators as well as the environment.”

His innovation has received backing of the Kenyan government.

He was appointed as the head of innovation, technology, and enterprise development at the National Youth Service In November 2018.

He then got a $50,000 grant from the Kenyan government to finance his venture.

Kenya’s Principal Secretary for the Ministry of Environment and Forestry, Chris K. Kiptoo, said Guantai is putting Kenya on the global map as a front-runner in green energy promotion and environmental protection.

“Kenya hosts the United Nations Environmental Program headquarters, and seeing such homegrown innovations is already an inspiration for the continent and the world at large,” Kiptoo told Zenger News.

«Previous Post
Making The Most Of A Second Chance: Troy Delone Leaves Prison Behind»Next Post
Jeff Bezos’ Space Company Set For $10BN From NASA Before He Takes Off On His Own Rocket