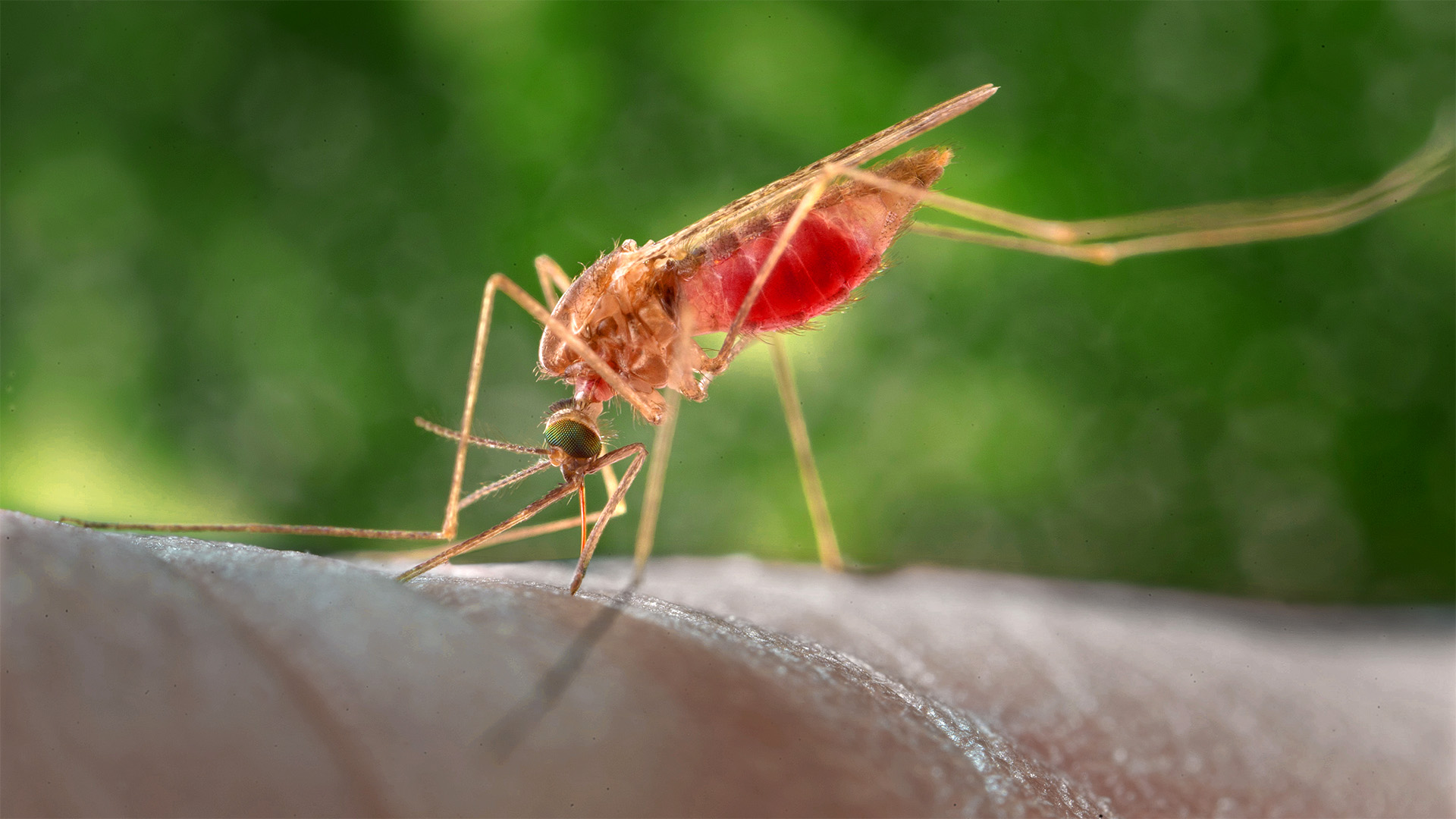 Along with 19 countries in sub-Saharan Africa, India has been long-suffering from malaria, the deadliest of all mosquito-borne diseases, with around 85 percent of the world’s total disease burden.

The World Malaria Report 2020 stated that the disease caused 4,09,000 deaths globally in 2019. However, the World Health Organization also noted that global malaria mortality fell by 60 percent over the 2000 to 2019 period. 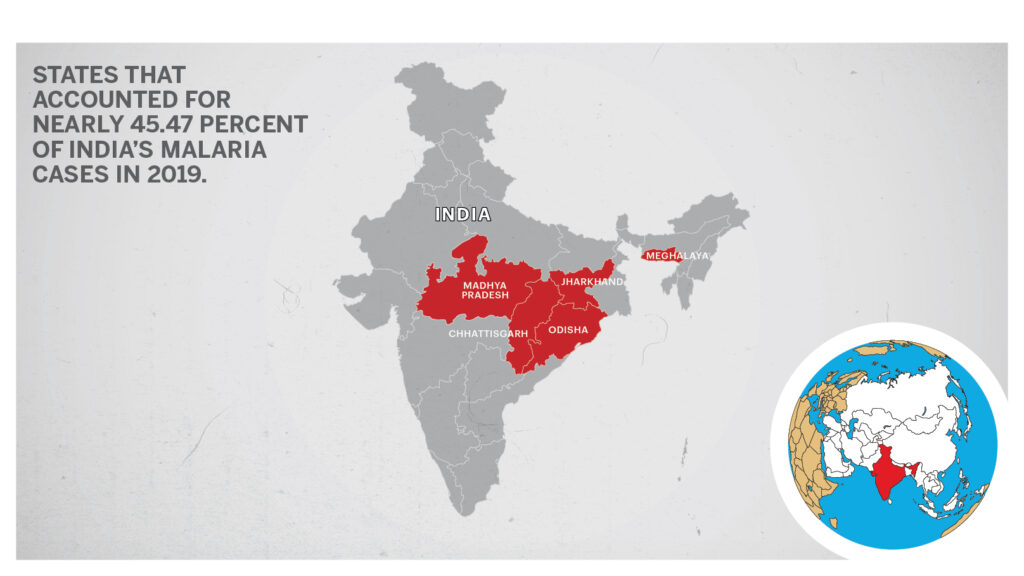 India contributed to the most significant drop in caseload in the South East Asian region, which came down from around 20 million in 2000 to about 6 million in 2019.

“That means India needs to reach zero malaria cases by 2027. Because for certifying any country to be disease-free, there should be no cases for the previous three years. This means India has less than a decade to eliminate malaria.”

Malaria No More is a non-profit organization headquartered in Seattle, US, aiming to end deaths caused by malaria. It works across Africa, India, and the Asia Pacific regions.

India, in collaboration with Malaria No More, is planning to use geospatial mapping for targeted intervention. 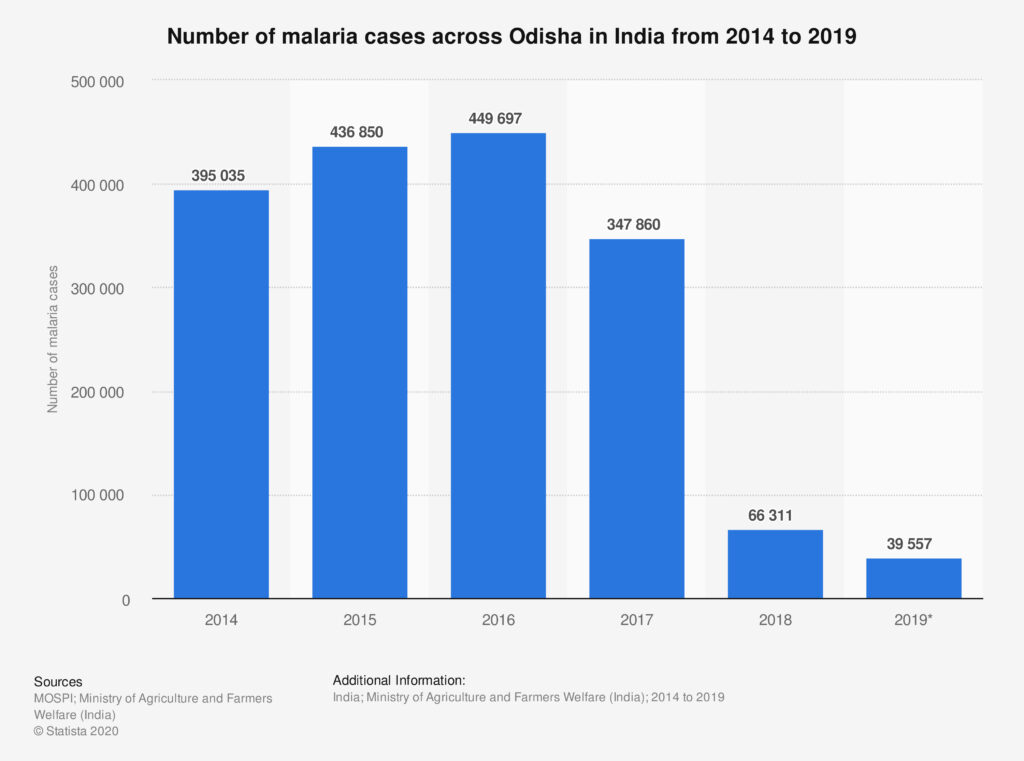 The firm has recently tied up with New Jersey-headquartered Cognizant to procure various geospatial maps of the hotspots in India.

As part of the partnership called ‘Malaria Mapathon’, Cognizant’s employee volunteers are using OpenStreetMap to trace, edit and label critical infrastructure and geography of the region, including buildings, vegetation, and water bodies. These maps will be used to create various modeling through leveraging artificial intelligence and data analytics.

OpenStreetMap is a global initiative under which volunteers contribute various geographical maps, including roads, railway stations, and restaurants of their regions, which are then collated in the platform.

And the work has started in eastern state Odisha, which used to contribute around 40 percent of the total caseload of India, but has witnessed a steep fall in malaria count.

“The ongoing pandemic has underscored the vital role played by technology and data in driving a robust healthcare response,” Rajesh Nambiar, chairman and managing director of Cognizant India, said in a press release.

“In partnership with Malaria No More, we are committed to helping Odisha in the battle to eradicate this deadly yet preventable disease.”

The former director of the National Vector Borne Disease Control Program, P.L. Joshi, said that India has all the tools to eradicate the disease. 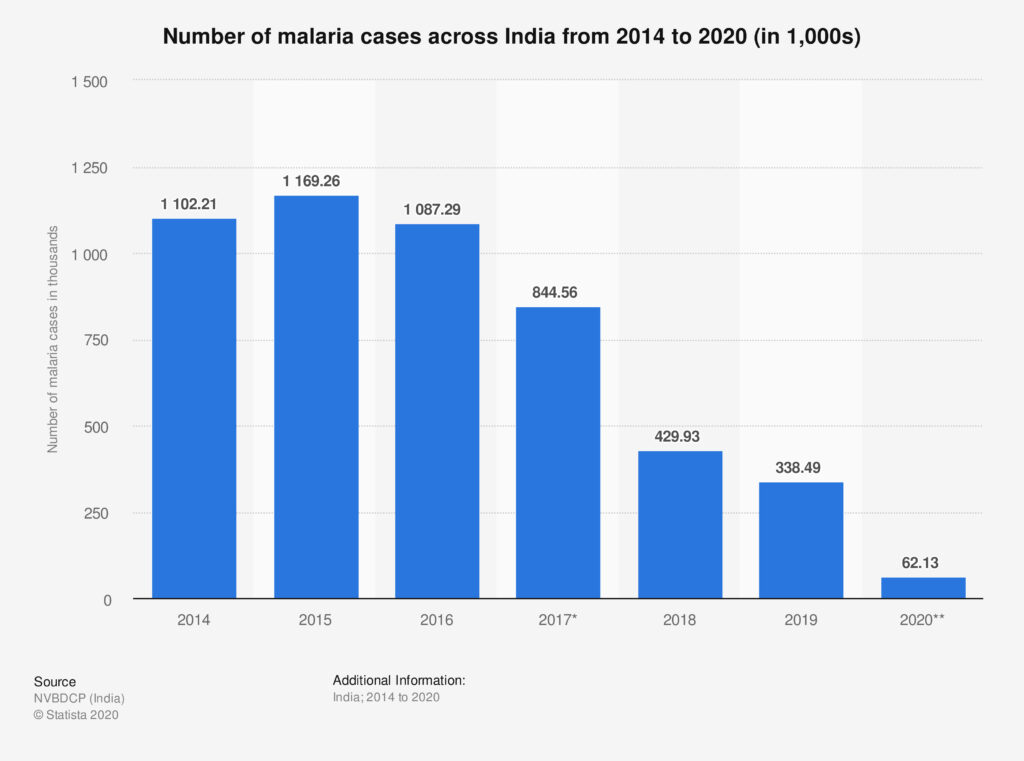 “We have all the tools, technology, and manpower to eradicate the disease,” Joshi, who also works as a consultant for the National Institute of Health and Family Welfare, told Zenger News.

“We have to utilize these resources and do effective monitoring.”

Malaria No More has also collaborated with IBM and its subsidiary ‘The Weather Company’ to predict climatic conditions in the hotspot zones. Cognizant, on its part, will provide geospatial mapping data with vital geographical information.

“What Cognizant will provide us is the different layers of information that is required. For example, the built infrastructure, road network, forest and vegetation, water bodies and such relevant geospatial information that are required to understand various factors facilitating malaria transmission,” said Sarkar.

The majority of the areas, such as Koraput and Malkangiri in Odisha, where the disease incidence is high, are usually hard to reach. Some places also get flooded during the monsoon. These geospatial maps will help the various government and non-government agencies to map the areas that are hard to access.

After this exercise, point maps and cluster maps will be developed to identify the hotspots, which will then see targeted intervention. Also, various models of disease monitoring will be developed through the use of artificial intelligence and data analytics to avoid under-surveillance.

“Such mapping will help in warning program managers on the ground on how many cases can be expected in an area based on geography and climate. This will work as early warning,” said Sarkar.

“This will also work to streamline supply-chain mechanism. Though there is no shortage of drugs and diagnostic kits at the top level, these are in short supply at the ground level. This problem can be solved through precise forecasting of the caseload in a region.”

Even geotagging, a form of geographical spotting, of each household can be done.

“We have already made a climate-based model, powered with artificial intelligence. This model will be fed with geospatial data provided by Cognizant,” said Sarkar.

Geospatial mapping is a vital tool for malaria eradication efforts in India.

“The transmission of malaria can be gauged through such mapping solutions. Also, malaria reintroduction can be prevented. As vegetation index is prepared from maps, mosquito breeding can be targeted,” said Joshi.

Joshi said the project would be replicated across other Indian states once successful in Odisha.

“If all stakeholders work together, it is possible to eliminate malaria from the country.”

But the ongoing Covid-19 pandemic in the country has emerged as a significant disruptor. Experts warn that India should stay steadfast in its surveillance to control vector-borne disease.

“The current pandemic has shifted focus from disease eradication programs. The country should not lose its sight of the ongoing initiatives,” said Sarkar.

“The project with Malaria No More is going on, and we have some consultations with the team,” said Subhashisha Mohanty, joint director of health services (National Vector Borne Disease Control Program) of the Odisha government.

In the past, the Delhi administration has worked to bring down cases of vector-borne diseases. However, this year, the majority of health care resources have been dedicated towards Covid-19.

L.R. Verma, an additional municipal health officer, working with the Municipal Corporation of Delhi, says that the situation is not drastic enough for special efforts.

“However, as the rainy season has started, we are passing messages to people not to let water stagnate,” Verma told Zenger News.

While India strives to eliminate the disease through digital technology, the U.S. has started experimenting with genetically engineered mosquitoes.

Launched by a U.K.-based biotech firm named Oxitec, the genetically engineered male mosquito species carry a gene that passes to their offspring and kills female progeny in early larval stages.

Under this bioengineering method, male mosquitoes don’t die but become carriers of the gene and pass it to the next generations. As more female mosquitoes die, eventually, the Aedes aegypti population is expected to dwindle.

Supporters of the project claim that there will be no need for insecticidal sprays and other such chemicals to kill mosquitoes if successful.

India is also conducting pilot runs of controlling the population of Aedes aegypti mosquito that harbors and transmits dengue virus. The experiment is on in Puducherry, a Union territory in southern India.

“Genetically engineered mosquitoes can be effective in controlling vector-borne diseases in a small area. Currently, an experiment is going on in Puducherry. Replication across states can be done after the successful outcome of the current experiment,” said Joshi.