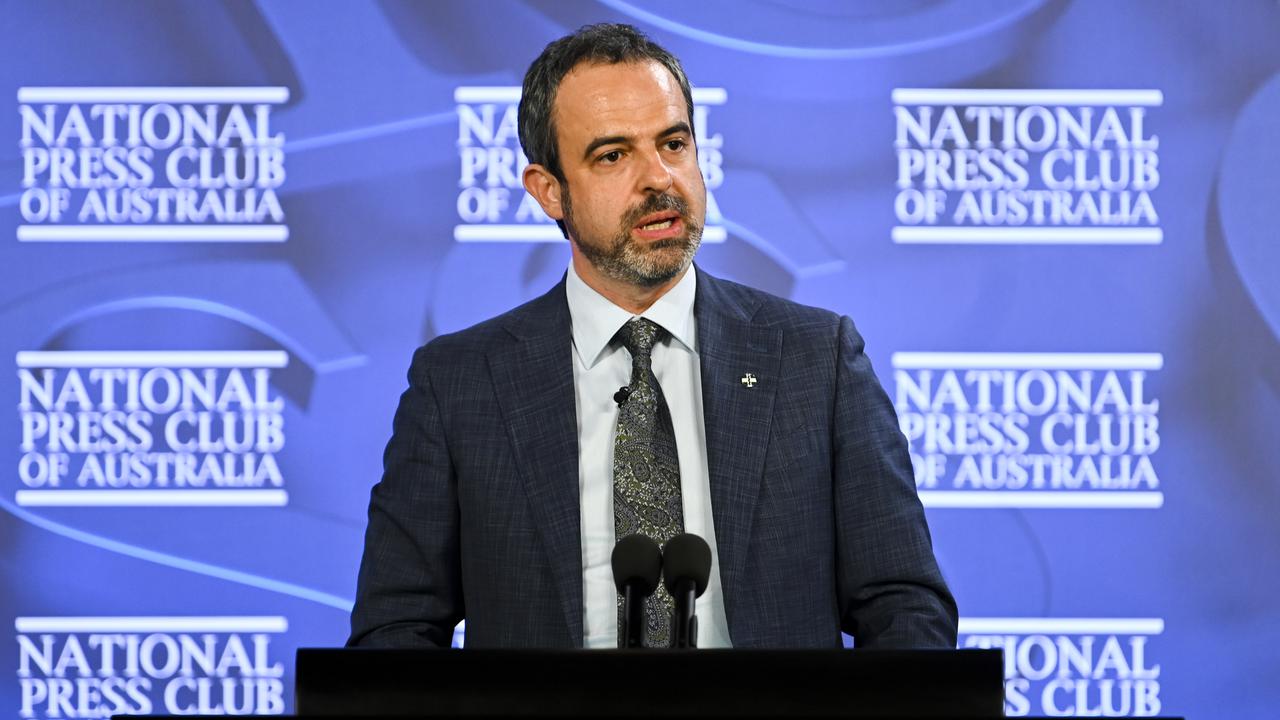 The Australian Medical Association's Omar Khorshid has revealed plans for a radical rethink of how health is funded. (Lukas Coch/AAP Image)

BARTON, Australia — A tax of 20 percent would be slapped on all sugary drinks under a plan from Australia’s doctors to save lives and boost health coffers.

Australian Medical Association (AMA) president Omar Khorshid on June 8, unveiled plans for a radical rethink of how health is funded after the coronavirus pandemic.

The average price of drinks with no nutritional value would rise by 20 percent in a bid to drive down rates of diabetes, obesity, and poor vascular health.

A research paper, ‘A tax on sugar-sweetened beverages: Modelled impacts on sugar consumption and government revenue‘ from the AMA predicts the tax would lead to 16,000 fewer cases of type two diabetes, 4400 fewer cases of heart disease, and 1100 fewer strokes over 25 years.

It would raise about AU$814 million ($630 million) annually to be spent on preventative health measures.

“It could save lives and save millions of dollars in healthcare costs. It’s a win-win scenario,” Khorshid said.

Khorshid claims preventative health had been put on hold during the coronavirus fight but should come back into focus.

The AMA president is urging political leaders to harness the pandemic-era attitude of listening to medical advice when funding health to make Australia the world’s healthiest nation.

“These numbers are a smokescreen, and today we’re calling them out,” he said.

He said a cap on spending, combined with a non-indexed funding agreement, has resulted in more than AU$32 billion ($24.7 billion) being stripped out of hospitals over the past five years.

The AMA’s hospital plan would fund an increase in bed capacity, targeted programs to avoid unnecessary admissions, and performance improvements.

The medical association is also pushing for a private health industry regulator as a “policeman on the beat.”

Khorshid warned a major private health insurance overhaul was needed to avoid Australia’s health system becoming like that of the United States.

He claimed insurers — with the sector dominated by profit-seeking companies — were reducing costs through contracting doctors who could affect practitioners’ behavior.

“We are implacably opposed to any interference from insurers in decisions made between doctors and patients,” Khorshid said.

“The US health system is the worst in the world in many measures because of its extraordinary expense and the fact that there are gaps, there are inequities that we would be ashamed of if they occurred in Australia.”