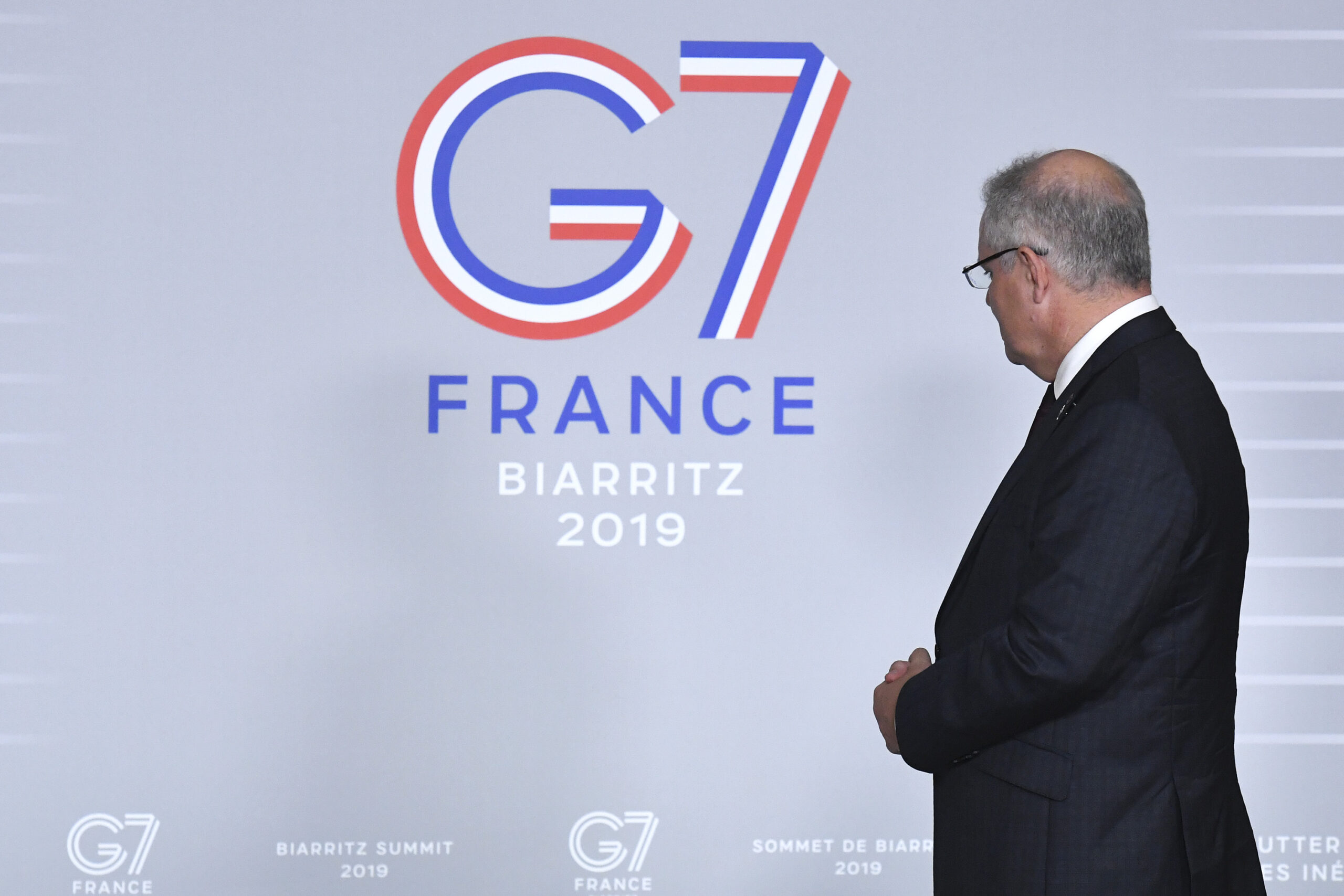 CANBERRA, Australia — Scott Morrison will stress the importance of helping nations in Australia’s region build projects that do not create crippling debt burdens amid the continued rise of China.

The prime minister will, on June 9, deliver a major foreign policy speech ahead of a trip to the United Kingdom, where he will be a guest at a meeting of world economic powers.

G7 leaders from Canada, France, Germany, Italy, Japan, the United Kingdom, and the United States are attending the global conference later in the week.

Morrison will tell Perth’s USAsia Centre that regional infrastructure that comes with onerous conditions or is too expensive isn’t worth having.

“Projects should be high quality — and affordable,” he is expected to say. “They should meet a real need and deliver sustainable economic benefits. And they should not compromise countries’ resilience or sovereignty.”

He believes G7 countries and Australia should play a crucial role in providing alternative sources of finance for poorer nations.

“Absent this safety net and transparency, our neighbors face obstacles to open economic development and can become vulnerable to debt diplomacy,” said Morrison.

China critics accuse the superpower of trapping developing nations in infrastructure project loans that tip the power balance against them.

Morrison will also warn the international rules-based order is under threat, with the world in a similar state of flux as it was in the aftermath of the second world war.

“The risks of miscalculation and conflict are growing. And the technological edge enjoyed historically by Australia and our allies are under challenge,” he will say.

“The most practical way to address economic coercion is the restoration of the global trading body’s binding dispute settlement system,” Morrison will say. “Where there are no consequences for coercive behavior, there is little incentive for restraint.”

Australia is also backing US President Joe Biden’s push to bolster and accelerate efforts to identify the origins of the coronavirus pandemic.

The Morrison government’s strong support for an inquiry into the disease angered Beijing and further damaged strained relations.

“Having led calls for an independent inquiry, it remains Australia’s firm view that understanding the cause of this pandemic is essential for preventing the next one, for the benefit of all people,” Morrison will say.

Morrison will, on June 10, travel to the G7 via Singapore, where he is due to discuss military cooperation, regional security, and coronavirus with Prime Minister Lee Hsien Loong.

Both countries are keen on a regional travel bubble, but it is understood an announcement is still some way off.

Morrison is also expected to hold talks with United Kingdom Prime Minister Boris Johnson with free trade negotiations in focus during the trip.