Eerie white light floats in the air, then disappears in a burst of speed.
By Joseph Golder June 8, 2021
Facebook
Twitter
Linkedin
Email 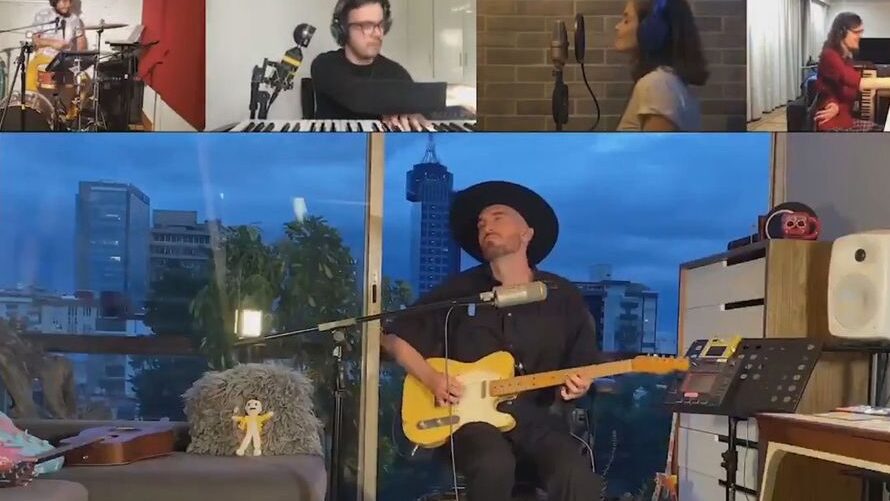 Famasloop singer Alain Gomez filmed his part of a digital concert from an apartment in Mexico City, and noticed a strange light in the sky. (Famasloop/Zenger News)

What looked like a UFO (unidentified flying object) appeared behind a pop band as it livestreamed an online concert on May 24.

The singer was performing when the image was spotted in the background.

The UFO floats in the air for a second, flashes around, and then darts vertically out of view.

“We are musicians, not meteorologists or astronomers, and we do not want to lose focus. … but we cannot stop saying ‘if we are alone in the universe, it sure seems like an awful waste of space,’” the band said on social media, quoting astronomer Carl Sagan.

The band added jokingly: “We already suspected that our music could be linked to other galaxies!”

The concert video went viral, with many claiming the object was an alien spacecraft. “I believe what we see in the video is not an object as such, but a meteorological phenomenon,” said Gomez.

There were reports of a lightning storm in Mexico City during the mysterious sighting. The mystery furthered when the video was removed from YouTube. The Famasloop frontman said that the song was in a TV series and encountered a copyright issue.

The issue was fixed and the show was uploaded again to YouTube a week later.