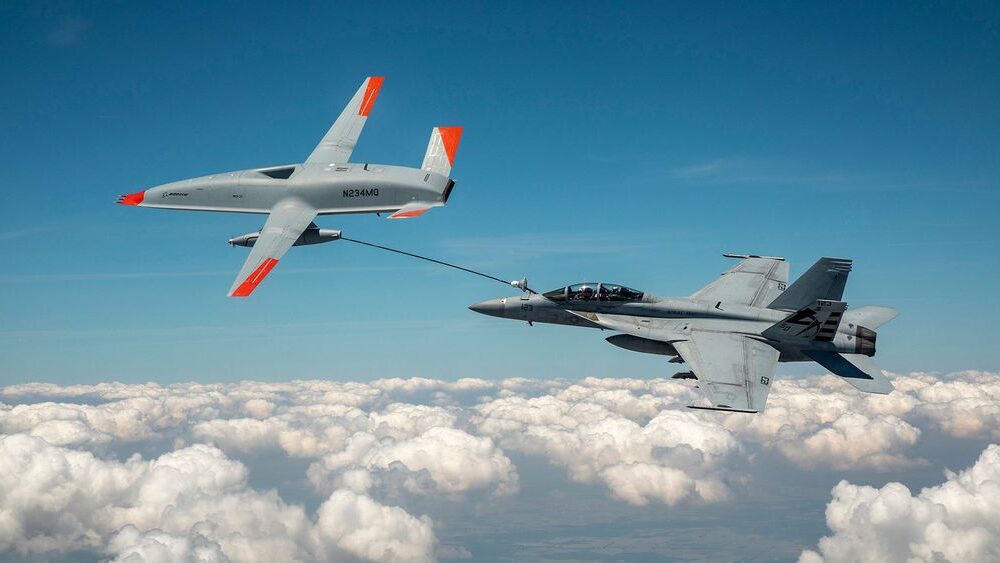 The world’s first aerial refueling between an unmanned tanker jet and a receiver aircraft is in the books.

The unprecedented exercise, involving an unmanned Boeing MQ-25 Stingray and an F/A-18 Super Hornet jet, was carried out June 4 by the U.S. Navy in the skies over the MidAmerica St. Louis Airport in Mascoutah, Illinois.

“MQ-25 T1 will greatly increase the range and endurance of the future carrier air wing — equipping our aircraft carriers with additional assets well into the future,” the Navy said.

“Seeing the MQ-25 fulfilling its primary tasking today, fueling an F/A-18, is a significant and exciting moment for the Navy,” said Capt. Chad Reed, program manager for the Navy’s Unmanned Carrier Aviation program. “It shows concrete progress toward realizing MQ-25’s capabilities for the fleet.”

The unmanned aircraft is powered by a Rolls-Royce AE 3007N turbofan engine delivering 10,000 pounds of thrust. Its top speed has not been confirmed.

In the footage, the MQ-25 and the F/A-18 can be seen flying close together as the unmanned aircraft releases its refueling hose.

The hose then attaches to the F/A-18 and the fuel is pumped from its aerial refueling store into the fighter jet’s tank.

For now, the drone is still in its development phase.

“Testing with T1 will continue over the next several months to include flight-envelope expansion, engine testing and deck-handling demonstrations,” the Navy said.

“The MQ-25 is foundational to the Navy’s Unmanned Campaign Framework and is the first step toward a future fleet augmented by unmanned systems to pace the evolving challenges of the 21st century.”